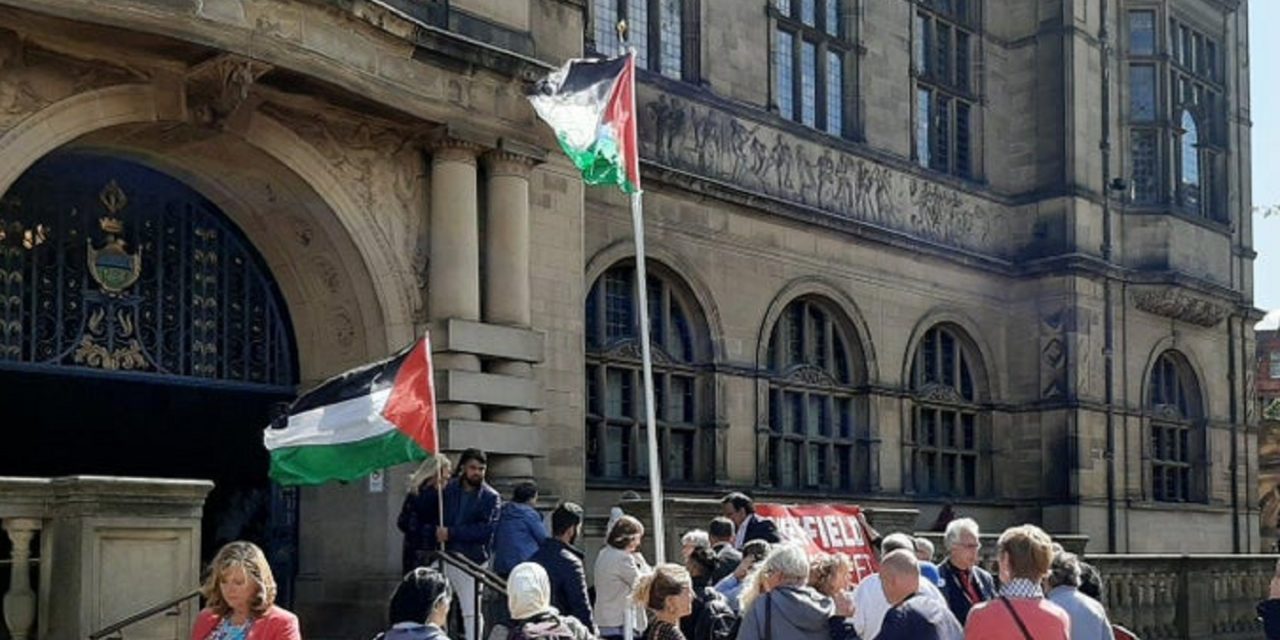 Sheffield City Council has formally recognised “Palestine” as a sovereign state in a “symbolic gesture” this week.

The Labour-dominated local authority passed a motion on Wednesday, proposed by Council leader Julie Dore, and seconded by Cllr Adam Hurst, calling for the recognition of the rights of Palestinians to their own state.

The motion claims recognition of Palestine would be “one step towards a genuine two-state solution” to the conflict.

“There has to be a right of the Palestinian people to live in peace and security as well as the right of Israel,” it states.

The motion follows a petition by Sheffield Labour Friends of Palestine, presented to the council in July.

A flag raising event was held outside the Town Hall at 1 pm, attended by Britain’s chief Palestinian diplomat Husam Zomlot.

Cllr Neale Gibson, who helped draft the motion, told Jewish News: “We recognise the sovereignty and we’re not here to dictate the borders. That’s up to the people of Palestine and Israel to decide in between themselves. We’re supporting them to make their own decisions,” he added.

Cllr Gibson said he expects some push-back from local campaign groups. “There will be some pro-Israel groups that no doubt write letters of complaints.

“We’d had them before, but we think we’re doing the right thing. The intentions are right so we will stand by our decision.”

Zionist Federation Chairman, Paul Charney said: “In this instance though, rather than questioning whether ‘Palestine’ should be recognised as a state or not, the more pertinent question is why a British local council is meddling in international politics when it is not their role or place to do so.

“Whilst on the one hand, the council have confirmed their intention is to use it to encourage the UK government to recognise ‘Palestine’ as a state, something some ‘two-staters’ may see as a positive step in that direction, the reality is that Sheffield Council is dabbling in gesture politics on issues entirely outside of their control.”