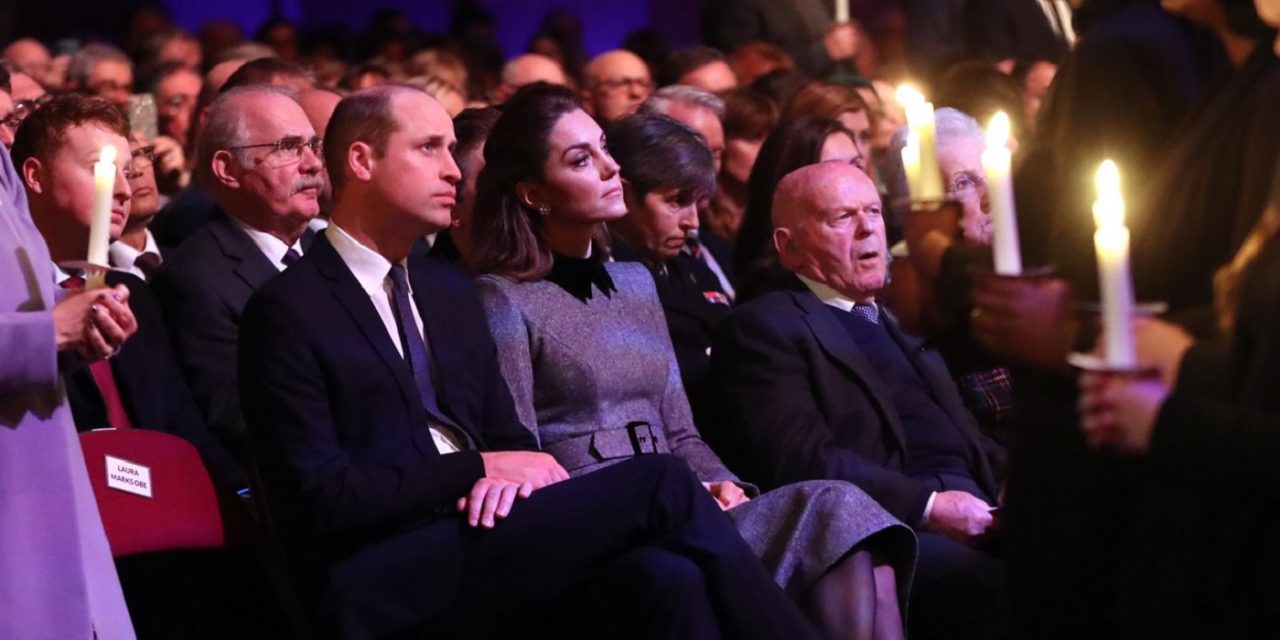 Speaking at Monday’s Holocaust memorial event in Westminster, Prince William paid tribute to his grandmother, Princess Alice, who saved a Jewish family from the Nazis in 1943.

The duke read a letter by a friend of William’s grandmother explaining how the princess helped the Cohen family, saying: “(She) put a small two-room apartment on the third floor at the disposal of Mrs Cohen and her daughter.

“It was thanks to the courageous rescue of Princess Alice that the members of the Cohen family were saved.

“The members of the Cohen family left the residence three weeks after liberation, aware that by virtue of the princess’s generosity and bravery had spared them from the Nazis.”

He and wife Kate were joined by survivors of the Holocaust and other more recent genocides in a candle-lighting ceremony.

Together, they lit 75 flames in the hall, signifying the number of years since Auschwitz-Birkenau was finally liberated.

Earlier today TRH The Duke and Duchess of Cambridge met survivors of the Holocaust and more recent genocides at the UK Ceremony for #HolocaustMemorialDay. pic.twitter.com/2XNgw6nRf7

Photographs of survivors taken by the duchess for an exhibition marking 75 years since the end of the Holocaust, were released on Sunday.

Kate, who took the pictures at Kensington Palace earlier this month, has described the survivors in her portraits as “two of the most life-affirming people that I have had the privilege to meet”.

Meanwhile, the Duchess of Cornwall joined more than 200 Holocaust survivors who returned to Auschwitz-Birkenau to commemorate the anniversary of its liberation.

“Holocaust Memorial Day is an important opportunity for us all to learn from genocide, for a better future.”

The Duke and Duchess of Cambridge are due to meet with Holocaust survivors and those of more recent genocides while Prince William will give a reading at the @wabbey service. Live updates here ➡️ https://t.co/KEWwtOwSd1 #HolocaustMemorialDay pic.twitter.com/QAIltQMmjp