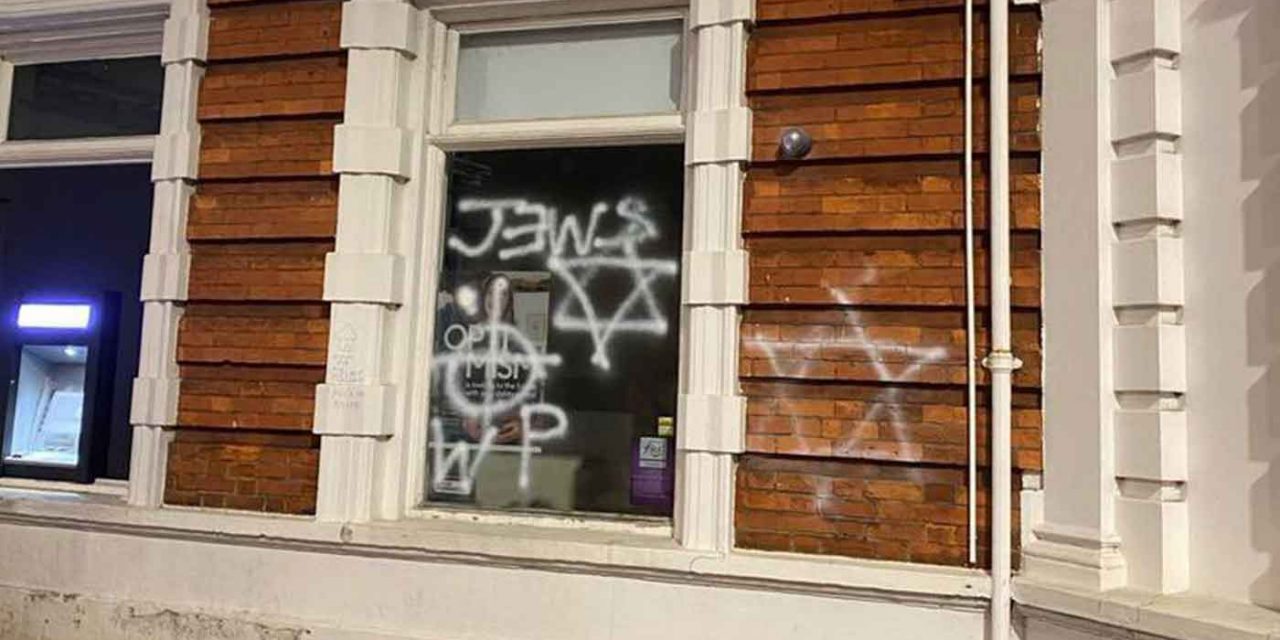 Anti-Semitic graffiti was daubed on buildings in South East London over the weekend, just days before the nation remembered the Holocaust. There is speculation that it was carried out by far-right racists. There is a reference to white supremacy within the graffiti.

Antisemitic and racist graffiti has been found on a bank and a takeaway in southeast London the day before Holocaust Memorial Day.

Vandals painted a swastika and a Celtic cross, which symbolises white supremacy, on the Real Caribbean takeaway in Greenwich.

Half a mile away in Charlton, the word “Jews”, along with another Celtic cross and Stars of David, appeared on a Barclays bank.

Greenwich council leader Danny Thorpe said he was “disgusted and appalled” by the incident, which is believed to have taken place on Saturday evening.

32 years I have lived around here and never seen such blatant racist graffiti. https://t.co/r5NsSykFaJ

Mr Thorpe wrote on Twitter: “Our out of hours team from @Royal_Greenwich have worked throughout the night to cover the graffiti, which is the most shocking & offensive I’ve ever seen.

“It’s on the doors, windows & stonework of the bank. I’m also asking everyone across #Greenwich to notify us of any others.”

The Board of Deputies of British Jews thanked the council for its “quick action” in removing the graffiti and added: “Hatred has no place in our society, in our politics or on our streets.”

A spokesperson for the Metropolitan Police said: “Officers are investigating a report of anti-Semitic and racist graffiti on a bank on Vanburgh Park which is believed to have occurred between 22:00hrs and 23:00hrs on Saturday, 25 January.

“We are also aware of similar graffiti on a takeaway on Bramshot Avenue, SE7.”