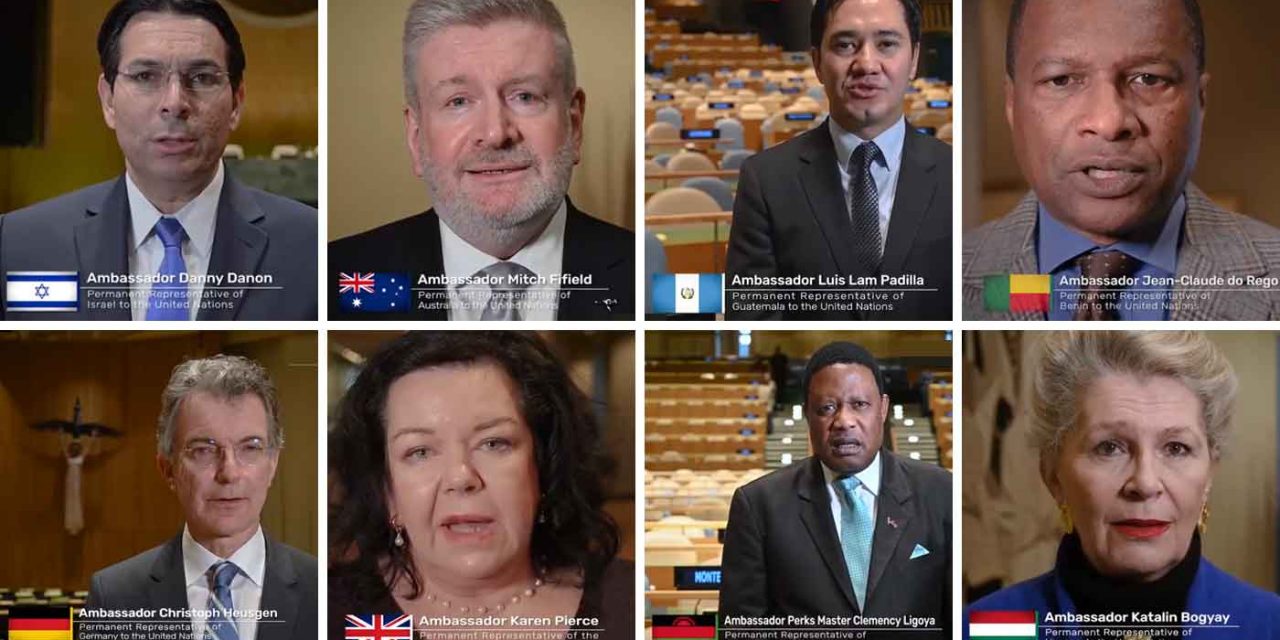 Israel’s Ambassador to the UN Danny Danon released a video of UN ambassadors from 11 other countries paying tribute to the victims of the Holocaust, or Shoah in Hebrew, in honour of Holocaust Remembrance Day.

Danon wrote “together, as a family of nations, we must learn from the past, and ensure that the Holocaust is never forgotten.” He also thanked the ambassadors for “sending a clear message to the world: never again means never again!”

Danon began the video by expressing that the memories victims of the Holocaust were remembered and touched on growing modern-day antisemitism.

Similarly, the United Kingdom’s Ambassador to the UN Karen Pierce touched on the increase in antisemitism across the globe. “Everyone says ‘never again,’ and we really mean that, but sadly we see all over the world antisemitism is on the rise again. And this is something that we must all work very hard together with and in cooperation to stop it [from] taking root.”

The history of the Holocaust is not just a lesson from the past, it is also a call to action for the future.

Thanks to UN ambassadors who send a clear message to the world: never again. #WeRemember #HolocaustMemorialDay

“Auschwitz and the Holocaust represent the darkest chapter of German history. And we must never forget that what happened during the Holocaust can happen again we cannot take it for granted,” said Germany’s Ambassador to the UN Christoph Heusgen.

Poland’s Ambassador to the UN commented: “Remembering the past is the best way to show our empathy, solidarity and compassion.”

Malawi’s Ambassador to the UN Perks Master Clemency Ligoya spoke about his shock when visiting Auschwitz. “I have been to Auschwitz, I have been to Birkenau, I have seen the horror of the Holocaust. When you are there you never imagine the human beings that were doing this. Never, never, never again!”