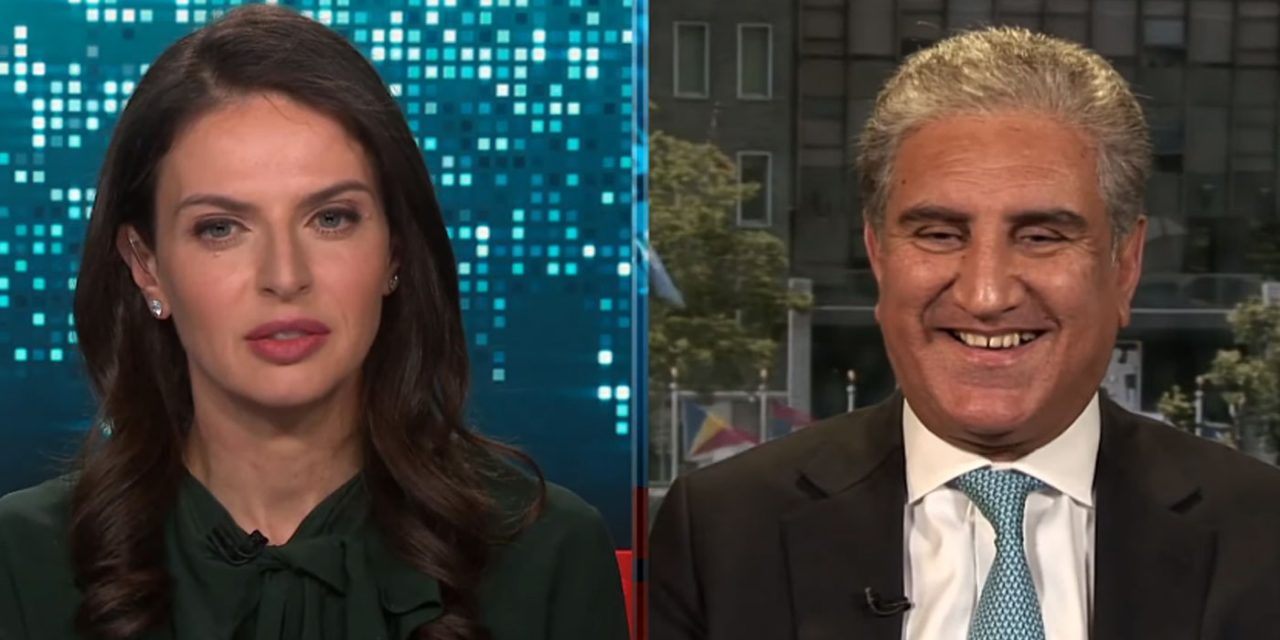 Pakistan’s Foreign Minister landed himself in hot water after claiming Israel ‘control’s the media’, drawing on an anti-Semitic trope going back decades.

Shah Mehmood Qureshi made his remarks while speaking to CNN on Friday where he was accused of anti-Semitism live on air after making the outlandish comments.

Qureshi started the interview, which took place before the ceasefire was announced, by saying that he believed that world opinion was changing and “the pressure of public opinion is mounting”, making a ceasefire “inevitable”.

“They are very influential people, I mean they control media,” he added, in response to a follow-up question.

Golodryga then replied saying that she thought what he had said was anti-Semitic, a claim he denied.

Following the interview, Pakistan’s foreign office issued a brief statement on the accusation, denying any wrongdoing on the part of the foreign minister.

“The foreign minister’s remarks made during his interview with CNN cannot be construed as anti-Semitic by any stretch of the imagination,” said Pakistani foreign ministry spokesman Zahid Hafeez Chaudhri.

“Any twist given to the foreign minister’s remarks would, unfortunately, prove the very point he was making.”

Common anti-Semitic tropes include longstanding myths that Jews control the media, as well as the global economy, governance, and institutions. That’s why Qureshi’s comments are being regarded by some as anti-Semitic.

We have to admit that it is hard to see what he is talking about since here in the UK our media heavily biased against Israel, especially when it comes to conflicts between Hamas and Israel.