Over 500 neo-Nazis march through Berlin 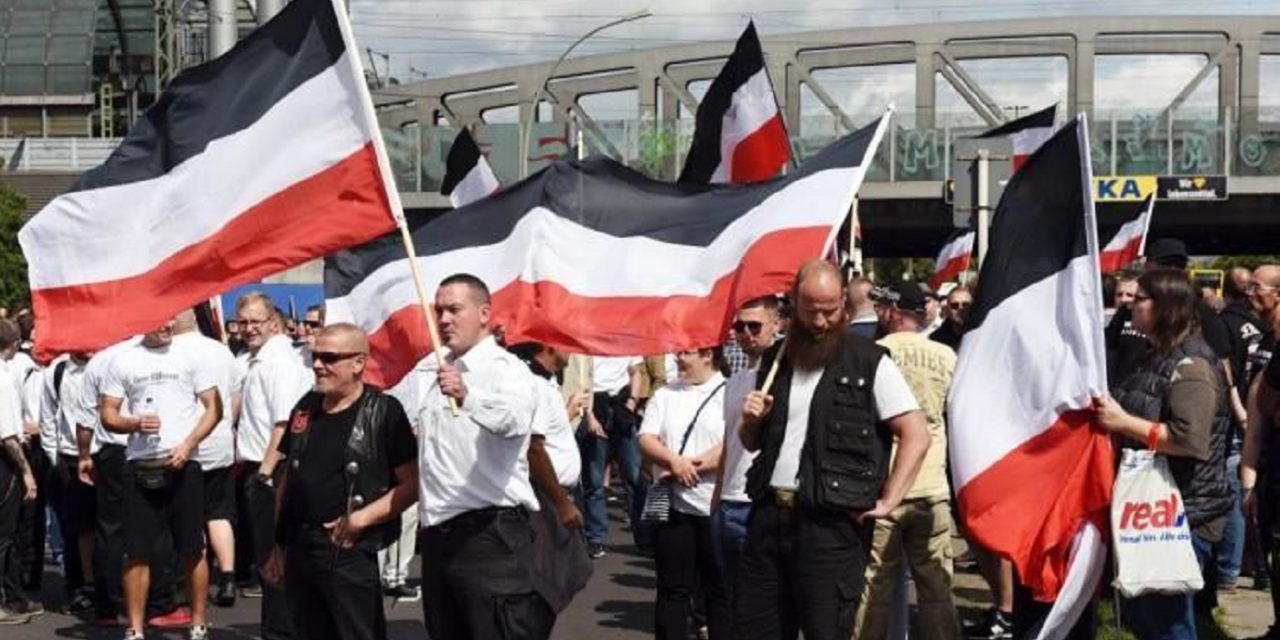 Thirty-nine people were detained in Berlin on Saturday in connection with a far-right march commemorating the 30th anniversary of the death of high-ranking Nazi official Rudolf Hess.

More than 500 neo-Nazis had attempted to march to the site of the former prison in Berlin’s western district of Spandau where Hess died in 1987, but were blocked by left-wing groups and local residents.

Police said on Sunday that 35 of those detained belonged to the far-right march, while four were taking part in the counter-protest.

Twelve of the far-right protesters are being investigated for displaying forbidden symbols.

Others detained are being investigated for breach of the piece, assault, resisting arrest, drug offences and breaking the law on public assembly.

Police were on high alert, determined to prevent the violence that had taken place at a white supremacist march in Virginia a week prior. Marchers were not allowed to carry anything that had Nazi symbols, and the consumption of alcohol was forbidden.

The marchers were heckled by the scores of counterprotesters who showed up, while a phalanx of riot police stood between them to prevent violence.

Rudolf Hess was a prominent Nazi, helping Hitler write ‘Mein Kampf’ when they were incarcerated together in Lansberg Prison. Hess had a prominent role in authoring the infamous Nuremberg Laws, and at one point served as the deputy-Fuhrer.

He was captured by the British in 1941 after flying alone to Scotland in attempt to negotiate a peace treaty with the United Kingdom, and was sentenced to life in prison. He hanged himself with an electric cord in 1987 at Spandau Jail.

Neo-Nazis worship Hess, as he never renounced his racist views. He told the Nuremberg Tribunal in 1946 that “I do not regret anything. If I were to begin all over again, I would act just as I have acted, even if I knew that in the end I should meet a fiery death at the stake.”