Newcastle councillors “in tears” after protesters storm meeting on anti-Semitism 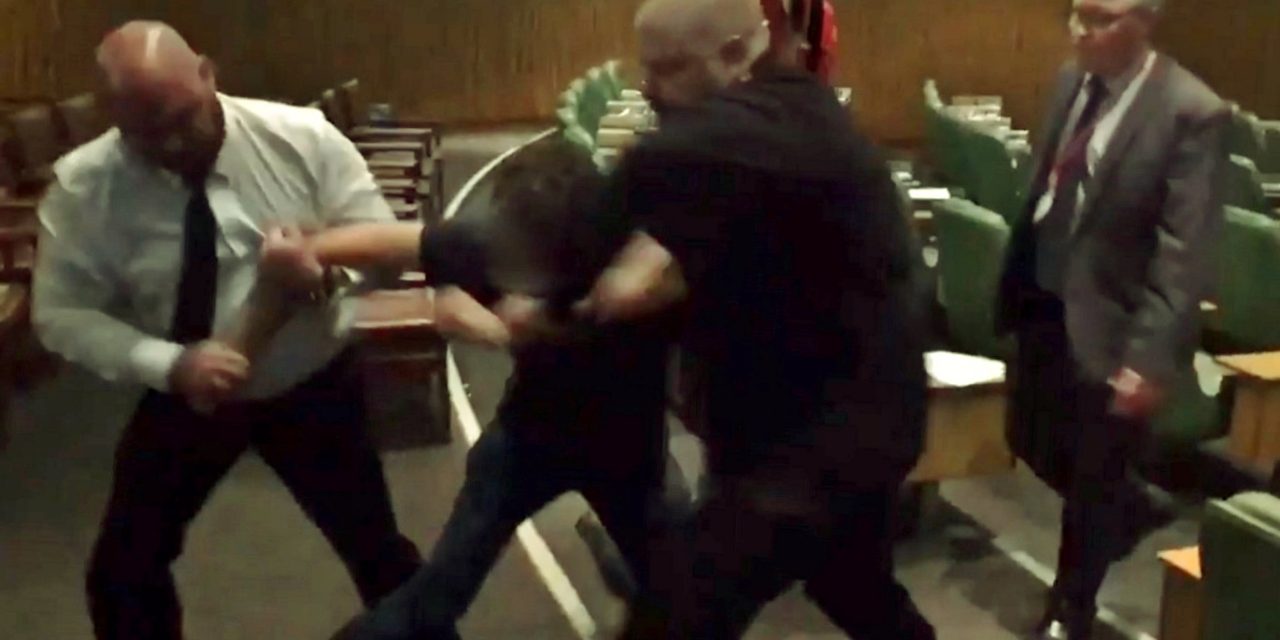 Councillors in Newcastle were forced to flee the council chamber after pro-Palestinian protesters caused chaos after storming s meeting on anti-Semitism.

Many of the councillors were left “intimidated” and “frightened” in what has been described as “an assault on our democracy”.

Councillors in the north-east city were forced out of the room and left in tears due to the angry protest from far-left campaigners, one of whom had to be dragged from the chamber by security.

As councillors left the room, one man broke into the main council chamber and was dragged away by security as Lord Mayor David Down tried to calm the protesters down.

Newcastle’s Chronicle says there are claims one member of the civic centre’s security staff was put into a headlock by the demonstrators, some of whom were led away by police.

LAST NIGHT: Frightened councillors in Newcastle had to evacuate the chamber after anti-Israel protesters chanting “Free Palestine” broke into the council meeting, which was voting on the anti-Semitism definition.That’s right. Protesters against a resolution in support of anti-Semitism. Thankfully the motion was passed and arrests were made.

Posted by Christians United for Israel – UK on Thursday, 6 September 2018

Afterwards, council leader Nick Forbes labelled them “clowns” who “don’t do anything to further the cause of the Palestinians”.

He said: “We are used to heated debate, but the protest we saw in the gallery tonight, the alleged assault of security staff, the shouting of abuse at councillors, the ranting, and the jumping into the council chamber goes beyond what I think anybody would accept as normal political debate.

“Many of the councillors tonight felt intimidated, several were in tears during the interval we had and were frightened to come back into the council chamber.

“That is, in effect, an assault on our democracy.”

Thankfully, the IHRA definition on anti-Semitism was adopted in full.

A Jewish councillor, Councillor Oskar Avery, who attended the debate, gave his first-hand account of what took place: