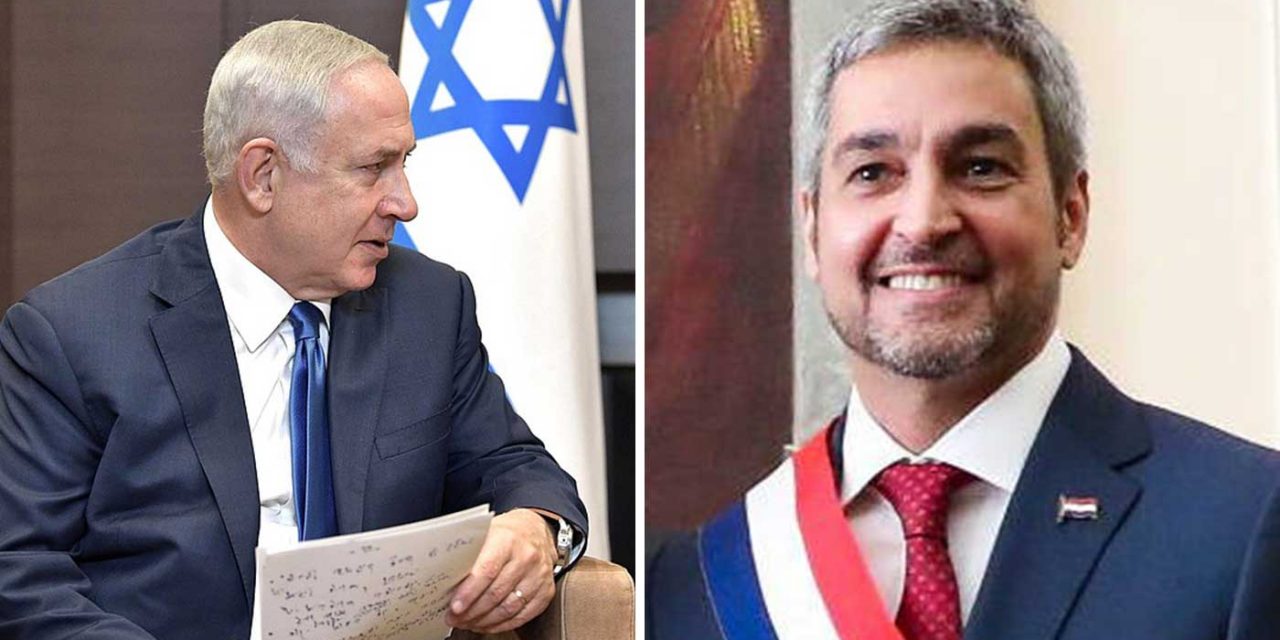 Paraguay has moved its embassy out of Jerusalem following pressure from the Palestinian Authority. Israel responded by closing its embassy in Paraguay.

Paraguay’s government is moving its embassy in Israel out of Jerusalem and back to Tel Aviv, less than four months after opening the new mission.

The move comes less than a month after Paraguay elected their new President.

Prime Minister Benjamin Netanyahu, who is also Israel’s foreign minister, ordered the closure of Israel’s embassy in Paraguay on Wednesday in response to the move.

“Israel views with great severity the unusual decision by Paraguay that will strain the ties between the countries,” a brief statement from the Prime Minister’s office said.

Israel views with utmost gravity the extraordinary decision by Paraguay which will cloud bilateral relations.

The Palestinian foreign ministry is claiming this as a victory, crediting Palestinian Foreign Minister Riyad al-Maliki as being responsible for the decision. Al-Maliki visited Paraguay two weeks ago and said the country made the decision during discussions.

Explaining the new Paraguayan move, the country’s foreign minister, Luis Alberto Castiglioni, said: “Paraguay wants to contribute to an intensification of regional diplomatic efforts to achieve a broad, fair and lasting peace in the Middle East.”

The Paraguayan embassy was moved to Jerusalem in may by former Paraguayan President Horacio Cartes. Paraguay’s law states that the President of Paraguay can only hold office for a single five-year term.

Mario Abdo Benitez took over from Cartes on 15 August. They are both members of the conservative Colorado party, however, they clearly have different views when it comes to Jerusalem.

It is thought that Benitez was convinced by the Palestinians with the promise of future investment in the country from other Arab states if they made this move against Israel.

If that is the case then it is disappointing to see Paraguay giving in to earthly rewards at the cost of Godly blessings.