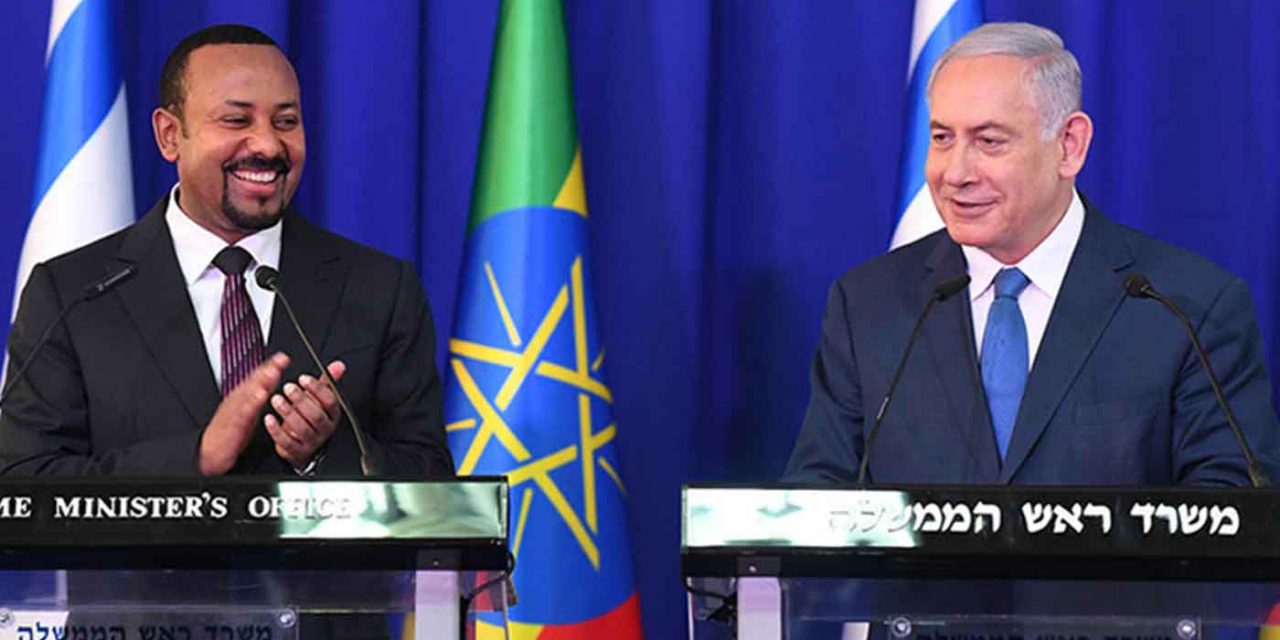 According to a statement from the Prime Minister’s Office, Netanyahu told the Ethiopian leader that “he was impressed by his visit to Israel [last month], and that he admires the developments that have taken place in Israel in recent years.”

Additionally, Ahmed invited Netanyahu to make an official visit to the country.

To my dear friend @AbiyAhmedAli, warm congratulations on receiving the Nobel Peace Prize. It is testament to your great leadership, which brings peace and prosperity to the Ethiopian people and the entire region.

Prime Minister Ahmed, 43, was awarded the prize for his efforts to “achieve peace and international cooperation” after a peace deal with Eritrea ended a 20-year military stalemate following their 1998-2000 border war.

“The prize is also meant to recognise all the stakeholders working for peace and reconciliation in Ethiopia, and in the East and Northeast African regions,” the Norwegian Nobel Committee said in a statement.

Since taking office in April 2018, the Ethiopian leader has introduced a number of liberalising reforms to the country, including the release of thousands of opposition activists from jail and exiled dissidents to return home. He has also appointed several women as government ministers, which marks more equanimity in the African nation and has been notable.

Ahmed visited Israel in early September, with Netanyahu calling for closer security cooperation between the nations and hailing the prime minister as “one of the most important and influential leaders in Africa.”