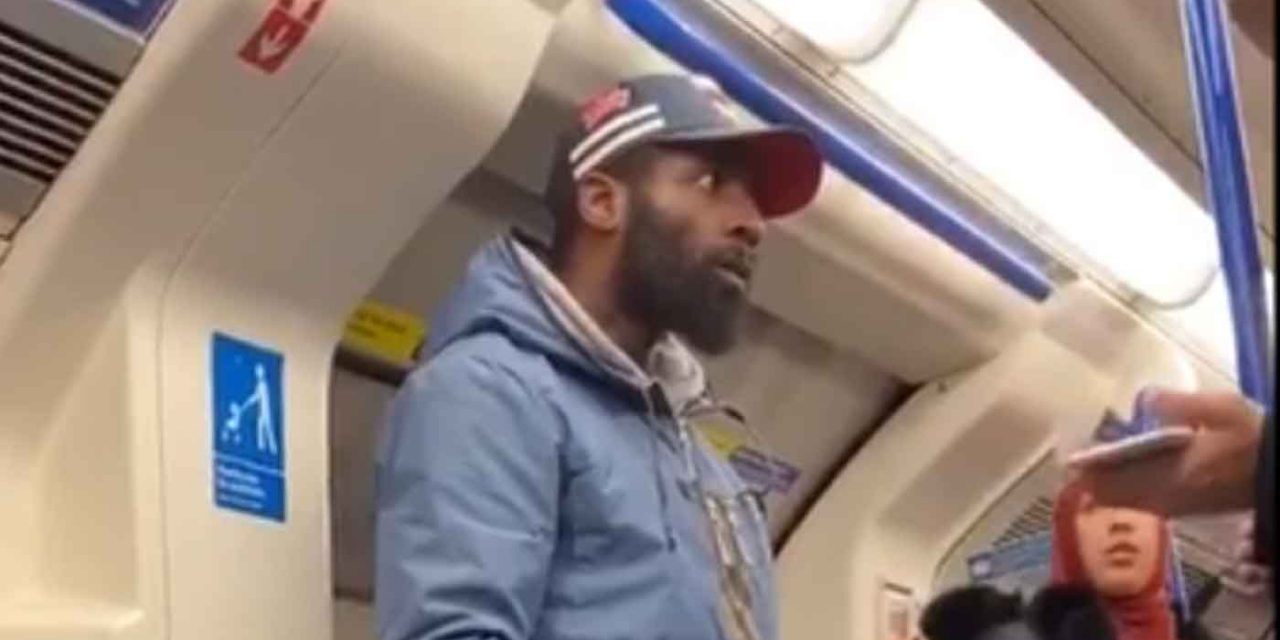 A man has been arrested after antisemitic abuse was directed towards a Jewish family, including children, on the London Underground.

The suspect, whose name and age have not been released by police, was held in Birmingham on Saturday night on suspicion of committing a racially aggravated public order offence and he remains in custody.

His arrest came after he was filmed reading Bible passages taken out of context to two young boys in skullcaps while they were travelling with their family on the Northern Line.

The man appears to be a member of the black supremacist group the Hebrew Israelites. The Hebrew Israelites see themselves as the “real Jews” and that black people around the world are the “twelve tribes of Israel”. In their view, the Jewish people are actually “Amalekites” who they view as their enemies and the “enemy of mankind”. The group claim to preach the Bible, quoting Scripture to make their points and drawing from passages in both the New Testament and Old Testament. Sadly, it seems they have completely twisted the truth of the Bible and their translation of what the Bible says is worrying. You can read more about their beliefs and a similar incident from September this year, here.

Around noon I witnessed appalling anti Semitic abuse towards this Jewish Family on the northern line. Fair play to other passengers who stood up to him. If you recognise the guy please report to ⁦@metpoliceuk⁩ pic.twitter.com/YxzwAnDqTJ

Commuter Chris Atkins took the video which has been circulated widely on social media. The incident took place heading south on the Charing Cross branch of the line at midday on Friday.

“The Muslim woman didn’t take any shit from him and really, really took him to task, very firmly and persistently,” Mr Atkins said.

“In this day and age we are told how intolerant everyone is and all religions hate each other and there you had a Muslim woman sticking up for some Jewish children.”

Mrs Shuweikh said she got off the Tube after two stops and did not realise the video was going viral until a friend texted her to say she had seen her on Twitter.

She said: “It was so heartwarming to see the responses and see what people were saying. I can’t take all the credit because a lot of other people were involved.

“I would not hesitate to do it again.”

A Spokesperson for Shomrim North West London said: “It is incidents like these which bring the issue of antisemitism into sharp focus. Shomrim are committed to supporting victims of racial hate crimes and antisemitic abuse. We urge any victims to come forward and we will support you in reporting these incidents to police, and providing you with the necessary support. We are very thankful to British Transport Police for taking swift action and a strong stance on investigating all forms of hate crime. Shomrim NW London applauds Asma and the gentleman who courageously confronted the abusive man and defended the Jewish family