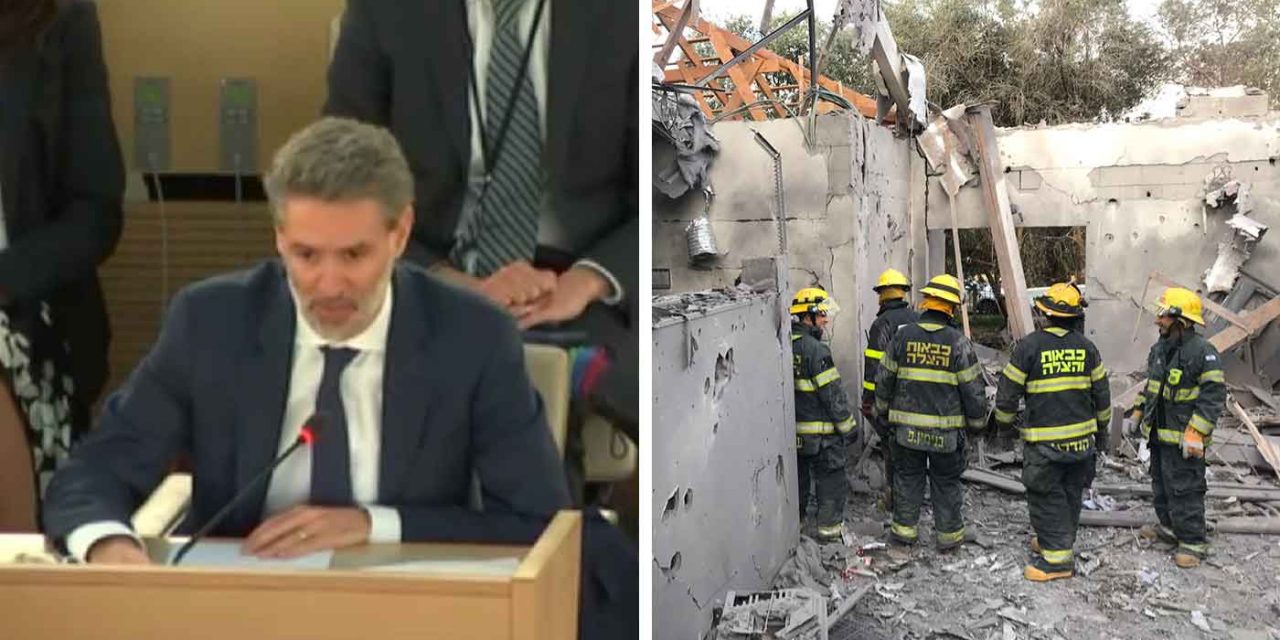 Last week the UK failed to stand with Israel instead deciding to abstain in a vote on a biased report that painted Hamas terrorists as “peaceful” protesters and “poets” and accused Israel of “war crimes”.

The United Nations Human Rights Council, of which the UK is a member, accepted the report that was written by people with a clear anti-Israel bias. They never went to the Gaza border to see what was happening for real and they had no military experts advising them – in fact, they ignored an independent military expert who explained how Israel’s actions actually saved the lives of Palestinians. The report was filled with falsehoods and distortions but was adopted as fact.

Hamas has a long documented record of pushing civilians to the border whilst planting armed terrorists in their midst.  This is not a hidden secret; Hamas leaders are themselves on television speaking of their plans and Hamas officials claim most of those killed are their militants.

Many observers of the situation at the Gaza bunker could debunk the UN report in a matter of minutes, but as the United Nations is still seen a moral compass it is likely that governments around the world will be using this report as a foundation to make decisions that will no doubt lead to further condemnations of the Jewish state.

The United Kingdom, however, should know better. We should be standing with our allies against these terrorists intent on demonising Israel.

Hamas was empowered by this report. Unsurprisingly, they have welcomed the UNHRC’s resolution as “a step in the right path”.

Just three days later, Hamas launched a long-range missile at Israeli civilians, hitting the Israeli village of Mishmeret, just north of Tel Aviv. Hamas deliberately targeted civilians and fired its most powerful rocket since 2014. The home that was destroyed and the people who were injured were British-Israeli civilians.

To reiterate, on Friday the United Kingdom foolishly sided with Hamas and failed to stand up for Israel at the UNHRC. On Monday, Hamas, empowered by this report, fired a rocket that hit a British-Israeli civilian home and injured a British-Israel family, including grandparents and young children.

The United Kingdom has lacked wisdom on the Israel-Palestinian conflict for too long. The British tactic is to try and sit on the fence and remain neutral. This does not work and should not be our foreign policy.

You cannot treat Israel and Hamas as equals. One of them is a liberal democracy and a trusted ally. The other is a terrorist organisation.

These actions should be condemned by every government throughout the world, yet the United Nations has never condemned Hamas. Not once, despite it being recognised as an international terrorist organisation.

Israel on the other hand is routinely condemned at the UN. And to add insult, some of the worst human rights abusers on the planet are leading these condemnations.

Last week, the United Nations empowered Hamas to continue carrying out its terrorist actions with impunity. And shamefully the UK government failed to act against them.

In future, the UK must reject the UN’s anti-Israel bias, condemn Hamas and stand up for Israel.