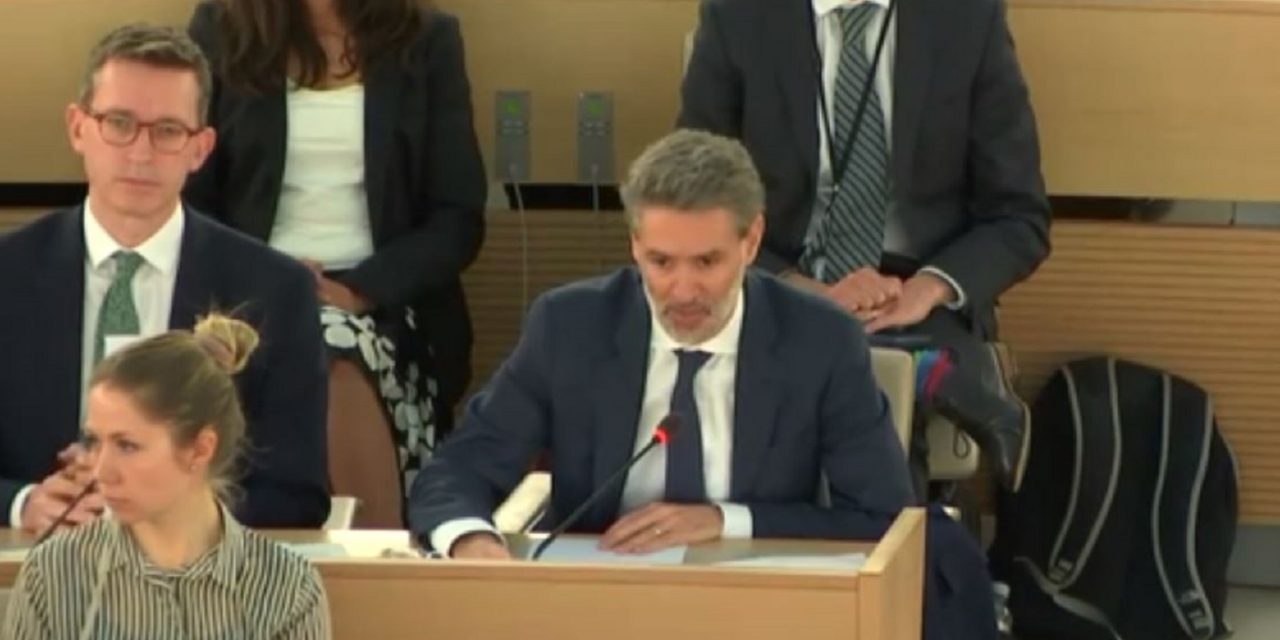 The fiasco at the United Nations Human Rights Council took another twist on Friday after a carefully orchestrated technicality allowed the UK to abstain on an important anti-Israel resolution, rather than vote against it.

The UK was able to keep its promise by voting against a series of anti-Israel resolutions under Item 7 – the notorious anti-Israel agenda item held at every UNHRC session – but a crucial anti-Israel resolution accusing Israel of “war crimes” at the Gaza border was craftily moved from Item 7 to Item 2, a day before the vote, allowing the UK to make an abstention.

In June the United Kingdom said that unless bias against Israel at the UNHRC changed, Britain would vote against all texts proposed under Item 7.

Foreign Secretary Jeremy Hunt confirmed to the Jewish press on Thursday how the UK would vote on Item 7, which the Government considers unfair and “discriminatory”.

He stated, “Sadly, our concerns have not been heeded. So I have decided that we will do exactly what we said: Britain will now oppose every Item 7 resolution. On Friday we will vote against all four texts proposed in this way.”

Hunt further confirmed that Britain will continue to press for the abolition of Item 7, which “only undermines the credibility of the world’s leading human rights forum”.

However, after being moved to a different agenda item, Britain was able to break its own commitment by abstaining from Resolution L25, which accuses Israel of “violations of human rights and international humanitarian law” during Israel’s defensive actions at the Gaza border.

Resolution L25, which was put forward by Pakistan on behalf of the Organisation of Islamic Countries (OIC), was adopted after 23 countries voted for it, eight voted against and 15 abstained. The United States did not vote because Donald Trump withdrew from the Council last year, citing its anti-Israel bias.

Over 2,000 CUFI supporters have written to Jeremy Hunt calling for the UK to vote against all resolutions under Item 7, thus keeping its promise. Britain should have likewise voted against the moved agenda item, regardless of the technical loophole.

UK’s envoy to the UN Julian Braithwaite said the UK “welcomed” the fact that L25 was brought under Item 2.

He said: “Because it is not now an Item 7 resolution, we have reviewed the text carefully and considered the content on its merits. On the basis of the text, we will abstain. This vote follows a resolution in May 2018 which created the Commission of Inquiry into the Gaza Protests, on which we also abstained.”

Braithwaite added that “accountability must be pursued impartially, fairly, and in a balanced manner” but that the UK could not vote ‘for’ the resolution because it does not explicitly call for accountability from all non-state actors “such as Hamas”.