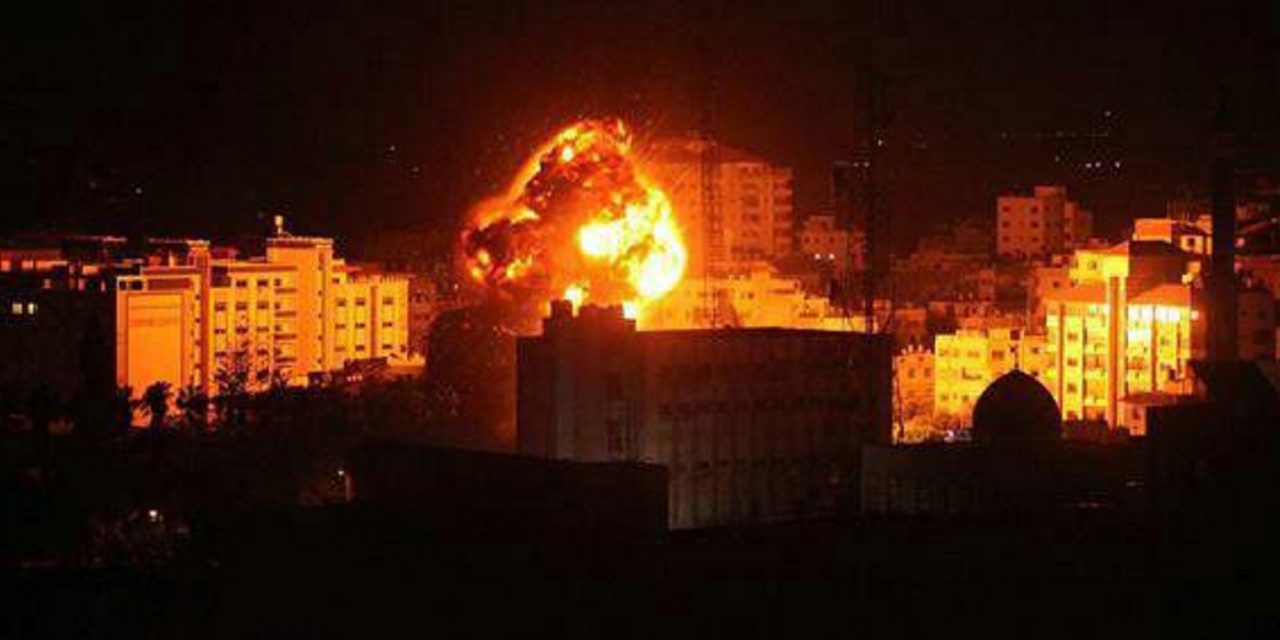 The Israeli Defense Forces has started attacking Hamas terror targets in the Gaza Strip on Monday. It follows a rocket attack from Gaza that hit a family home earlier in the morning, injuring seven members of the same family.

The Israeli military confirmed the start of the operation at around 5:45pm, saying that its forces were “striking Hamas targets throughout the Gaza Strip.”

At around 7pm, the army said its warplanes had attacked a three-story building in central Gaza that served as the secret headquarters of Hamas, housing the terror group’s security and general branches.

Earlier in the day, Israel moved two Army brigades to the Gaza border . The IDF also announced a limited call-up of reserves.

The IDF also instructed Israeli farmers near the Gaza border to leave their fields on Monday afternoon. After-school programs in towns and cities near the border were cancelled.

We have just started striking Hamas targets throughout the Gaza Strip.

The context for this strike: Last night, Hamas fired a rocket 75 miles into Israel. The rocket destroyed a house and wounded seven people, including children.

We will defend our homes. pic.twitter.com/AIWV1tn8V2