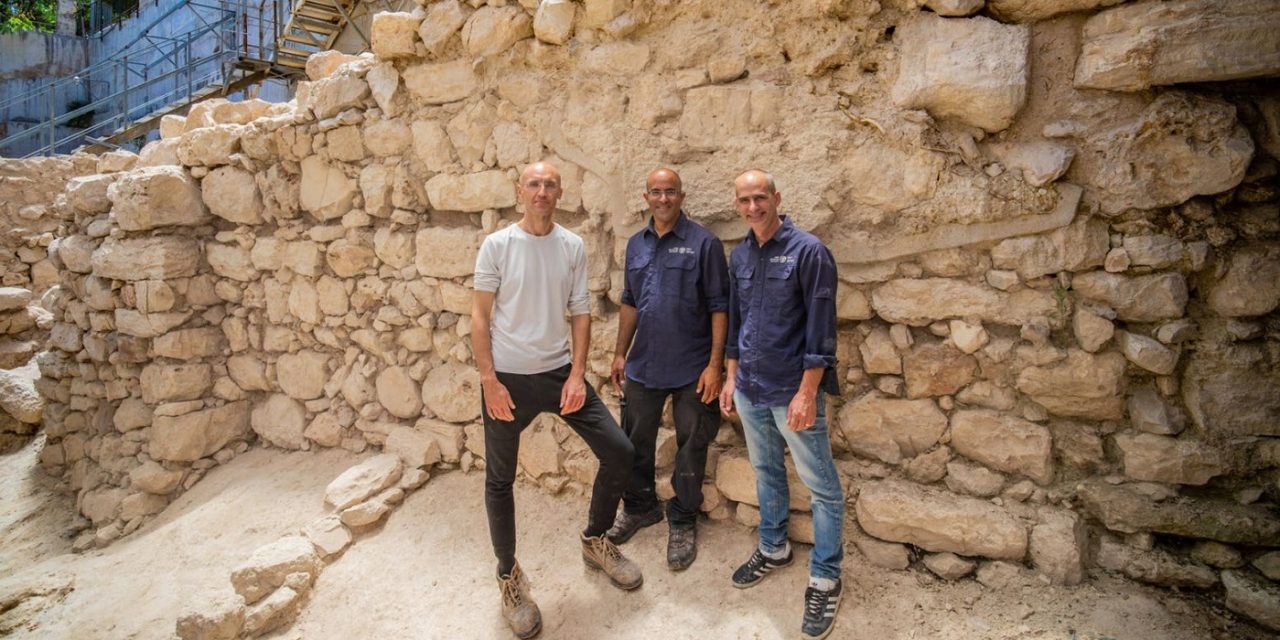 Archaeologists in Israel have confirmed that the recent discovery of two stretches of stone bulwark from the First-Temple era unequivocally prove a huge wall once protected the entire eastern flank of ancient Jerusalem from outside attack.

Previous finds over the decades had uncovered two sections, one stretching for 90 metres and the other 30 metres, but a 70-metre gap between those two segments left doubts as to whether the ancient city of Jerusalem, with its First Temple, was shielded by an uninterrupted eastern wall.

But the latest find at the City of David National Park has brought answers.  Following years of debate, the new excavation verifies that the remains were undeniably part of the eastern wall of ancient Jerusalem

“The city wall protected Jerusalem from a number of attacks during the reign of the kings of Judah, until the arrival of the Babylonians who managed to break through it and conquer the city. The remains of the ruins can be seen in the archaeological excavations,” said excavation directors Dr. Filip Vukosavović of the Ancient Jerusalem Research Center and Dr. Joe Uziel and Ortal Chalaf of the Israel Antiquities Authority.

“However, not everything was destroyed, and parts of the walls, which stood and protected the city for decades and more, remain standing to this day,” they added.

The excavations, conducted by the Israel Antiquities Authority (IAA), reveal a section of the city wall that would have protected Jerusalem for 150-200 years from sometime in the 8th century BC until the city was conquered by the Babylonians and the Temple destroyed in 586 BC.

In 2 Kings 25:8-10, the Bible describes the conquest of the city: “[Nebuzaradan]…came to Jerusalem. He set fire to the Temple of the Lord, the royal palace and all the houses of Jerusalem. Every important building, he burned down. The whole Babylonian army under the commander of the imperial guard broke down the walls around Jerusalem.”

Archaeologists found evidence of that burning just inside the wall.  This part apparently wasn’t destroyed, possibly because of the steep hill below it.

In addition to the wall, archaeologists found artifacts indicating what life was like in the Kingdom of Judah in those days.

“We found a bulla of a person called ‘Tsafan’, which is an abbreviation of ‘Tsafania,’ Zephaniah, which we find in the Bible as well.  Just a few centimeters away, we found a Babylonian stamp seal.  So, we have a Judean and we have a Babylonian,” Vukosavović said.

They also found jar handles stamped with ‘L’melech’ meaning, ‘belonging to the King,’ and others with rosettes and circles.

Dr. Vukosavović told CBN News the wall is more or less as they saw it 2,600 years ago so it brings a special reward.

“To find something, a really beautiful wall in so many ways and I don’t know how many years or hundreds of [hours of] manpower it took to build it, but it’s, you know – you touch something, or you walk on something or you lean against something and you know you and I did the same thing 2600 years [later].  So, it’s emotional.”