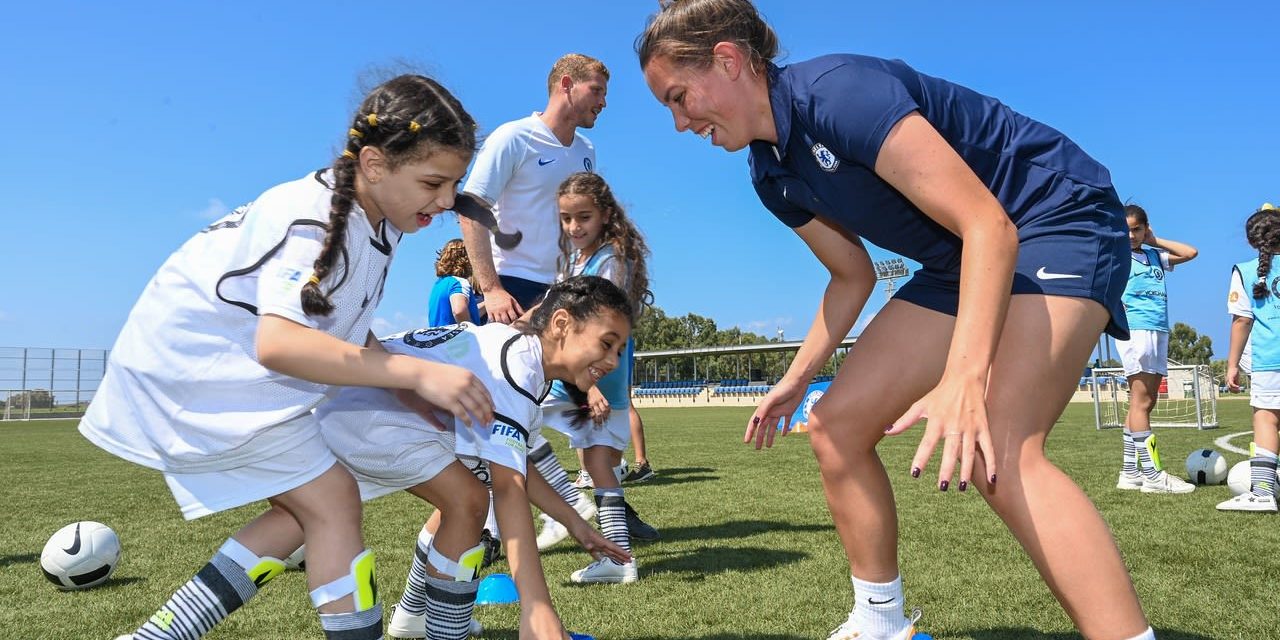 Arab and Jewish children across Israel will play football side by side under coaches from London’s Chelsea FC as part of an anti-discrimination and leadership training program to help break down barriers in the country.

Funded by Chelsea owner Roman Abramovich, the project will seek to bring together more than 1,000 Jewish and Arab children and young adults across Israel over the next year as part of a partnership between the Chelsea Foundation, the Peres Center for Peace and Innovation, and the Israeli Football Association (IFA).

The aim of the new partnership is to further expand the Playing Fair, Leading Peace initiative, in place since 2016 to promote peace through football.

Bruce Buck, chairman of Chelsea FC, commented, “During our visit to Israel in 2019, we saw first-hand the power football can have in bringing together communities and breaking down barriers. We hope that this new initiative will empower children to harness the respect and fairness in football and use those values to promote greater tolerance, unity and inclusion in society.”

As part of the programme’s “training the trainers” model, Chelsea’s professional coaching model — dedicated to promoting values of fair play, respect and discipline — will be integrated with the support of the club’s coaching staff. After their training, participants will work in mixed Jewish-Arab pairs to implement sport activities for schoolchildren from both communities.

The @CFCFoundation, the Peres Center for Peace and Innovation and the Israeli Football Association team up on a football programme for Jewish and Arab children.

The partnership was developed following the Chelsea women’s team 2019 visit to Israel, when members took part in football and education workshops with Arab and Jewish girls to show how communication and teamwork can bring people together through sport.

“This groundbreaking collaboration is a testament to the partner’s belief in the power of football to be a connecting bridge on the pitch and everywhere,” remarked IFA President Oren Hasson. “No barrier, natural or artificial, will prevent the common future of us all in the field of football and in every other aspect in life.”

Join us live as we hear from experts in the sports industry fighting antisemitism & hatred. @ChelseaFC @BVB