UK: May was ‘month of hate’ with 628 antisemitic incidents recorded nationwide 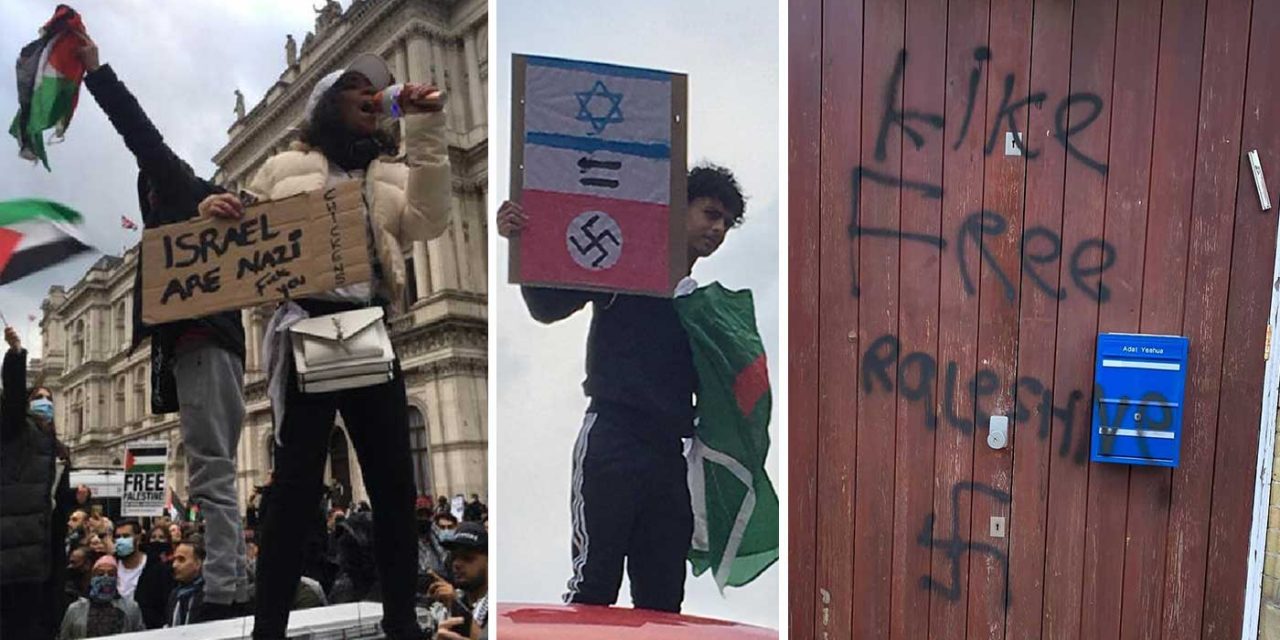 May has been labelled the ‘month of hate’ by a group that monitors anti-Semitism in the UK after recording 628 incidents.

The Community Security Trust’s new report details the scale of abuse directed at Jews in Britain between May 8 and June 7.

The vast majority of incidents – 585 – involved language, imagery or behaviour linked to Israel and Gaza.

The pro-Palestinian car convoy that travelled through north London with passengers screaming threats to Jewish women is one recorded example.

Another details how a speaker at a demonstration in Manchester invoked the antisemitic conspiracy theory about Jewish control of the media, by saying: “the main 13 executives that approve the content released by the BBC are actually in fact Jewish. So this means the information released by the mainstream media will be biased.”

CST also detail how 25 per cent of incidents involved Jewish teachers or pupils who were targeted cries of Free Palestine.

The report says that although such cries are not themselves antisemitic, they are regarded as such due to being directed at Jewish individuals because of their identity.

Mark Gardner, CST’s chief executive said:”This anti-Jewish rage was fuelled by extremists and directed against everyone from schoolchildren to rabbis, coming as violence and intimidation in schools, streets and shopping centres.”

He called for “firmer action against perpetrators and an end to the selective anti-racism from those who passionately oppose most racism but uniquely ignore anti-Jewish hate.”