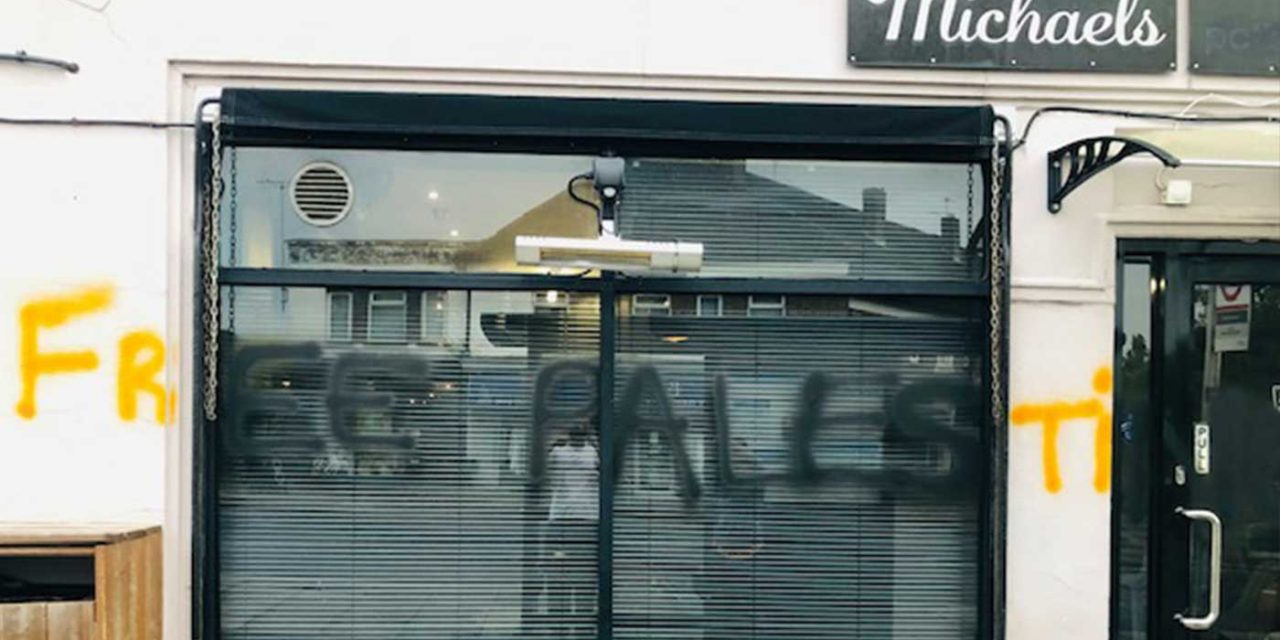 A London restaurant owned by an Israeli has been targeted by Israel haters in a shameful attack targetting a Jewish establishment.

The entire front window of Michaels Brasserie in Woodside Park, north London was sprayed with the slogan “Free Palestine” in yellow and black paint in the early hours of Saturday, 14 May.

The owner of the restaurant, Michael Levi, spoke to the Jewish News saying he was left “hurt and upset” after the saw the message as he came to start his day baking bread at around 6:30 am.

He immediately reported the crime to the police who arrived at the store within 45 minutes. Officers took photographs and a statement from Michael.

Levi said the incident has left him feeling “as small as possible.”

He added: “I can’t really get angry with people who choose this path. I just feel ashamed and hurt, and upset. We are just try to live our lives doing the best we can .. and then this.”

Levi said he was surprised because there wasn’t anything Jewish at the restaurant to indicate he was Jewish or Israeli. Although there was a mezuzah on the doorframe which had broken previously.

In defiance of the Israel haters, Levi says, “I will definately be putting [a mezuzah] up now as soon as I can.”