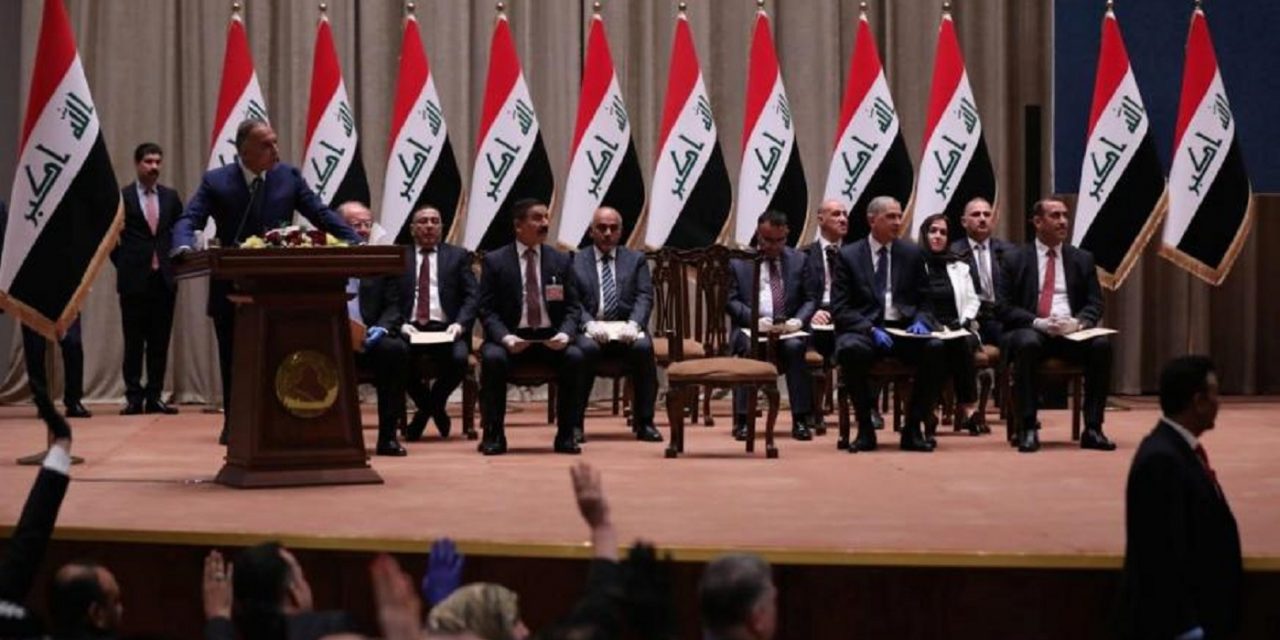 CUFI has called upon the UK Foreign Secretary to intervene urgently after Iraq introduced a shocking new law that would see citizens executed or given life imprisonment if they communicate with Israelis.

The heinous legislation also covers foreign nationals in Iraq and Iraqi nationals outside Iraq. The ruling also extends supporting Israeli and  Zionist organisations as well as visiting an Israeli embassy or travel to Israel. The ban on “communication” with Israelis also applies to social media.

On Thursday,  the Council of Representatives of Iraq approved a draft resolution on banning any relations with the “Israeli occupation” and criminalising the normalisation of ties.

The bill was passed unanimously during an ordinary session in Baghdad, according to the state news agency INA, and is expected to be “nodded through” later this week.

Responding to an approach by the Jewish News, the UK’s Foreign, Commonwealth and Development Office said, “We are deeply concerned by reports that the Iraqi Parliament is planning to criminalise normalisation of relations with Israel, including by death.

“We are monitoring the situation closely and making representations to the Iraqi authorities. The UK stands with the Jewish community and we have a long-standing track record of standing up for the rights of people of all religions and all beliefs.” It is rare for the UK to criticise a foreign government’s domestic policies in this way.

Members of the Iraqi Council of Representatives last week had voted to progress the draft bill, titled ‘Banning Normalisation and Establishment of Relations with the Zionist Entity’.

This goes further than similar legislation in states such as Kuwait, making it by far the most punitive anti-Israel law in the Arab world.

The bill bans “contact and communication of any kind and means with the occupying Zionist entity, its nationals, and representatives, whether individuals or institutions or organisations, for any reason”.

It also bans any “financial or moral assistance” to Israel or Israeli organisations, as it does the “promotion of any ideas, ideologies, principles, or Israeli or Zionist conduct, in any form”. Anyone found guilty would face “execution or lifelong imprisonment”.

The law will cover all of Iraq, including the semi-autonomous region of Kurdistan, with Iraqi Jews warning that it would risk family members speaking to one another across borders upon pain of death.

CUFI UK’s Executive Director, Des Starritt said in a statement, “The Iraqi parliament’s plan to introduce the death penalty or imprisonment for Iraqis communicating with Israelis is completely barbaric and will set the country back to the exodus of Jews from Iraq last century,” says CUFI’s Des Starritt, “We’re very worried for Iraqi Jews in the country, many of whom may have family links to Israel, as well as for anyone in Iraq or the region of Kurdistan that has contact with Israelis or expresses support for Zionism. Not only does it place Iraq’s Jews, Christians and others in great danger, but it also extends to Iraqis living here in the UK as well as British nationals visiting Iraq. We therefore call upon the UK Foreign Office to take urgent action by using its diplomatic leverage to prevent Iraq implementing such extreme measures.”

His cousin, Jaafar al-Sadr, is the current Iraqi ambassador to the UK and speaker at this week’s Iraq Britain Business Council (IBBC) Spring Conference at Mansion House in London, which promises “networking and business opportunities”.

The IBBC is sponsored by some big British companies including Standard Chartered, BP, Shell, Mott MacDonald, G4S, Eversheds, PWC, and Serco, as well as the University of Northampton and Bath Spa University.

British ministers were this week being asked to explain their ongoing entente with a regime advocating death to anyone contacting Israel or Israelis, which critics say will divide families and friends.

British Jewish leader Edwin Shuker, who was born in Iraq, called the bill “barbaric” and “an affront to Iraq and the good people of Iraq with whom we grew up, who desire peace, and to reconnect with Iraqi Jews wherever they have been displaced”.

He said: “These and others are now threatened with execution. This is state-sponsored terrorism against civilians and I for one have shelved any plans to visit the country or to connect with it, even though I am a British citizen.

“I call on the British government to demand clarifications and to take the appropriate measures against such brutality.”

Lord Howell, who is due to give the keynote speech at the Iraqi-Britain Business Conference at the Mansion House on Tuesday, was not aware of the proposed legislation.

He told Jewish News: “I would certainly not endorse it. In fact, I shall be speaking mainly about new trends in British foreign policy for the whole region, not just Iraq”.

He said he would find out more “about the horrific measures” and pledged to raise the issue with Iraqi delegates at the conference.