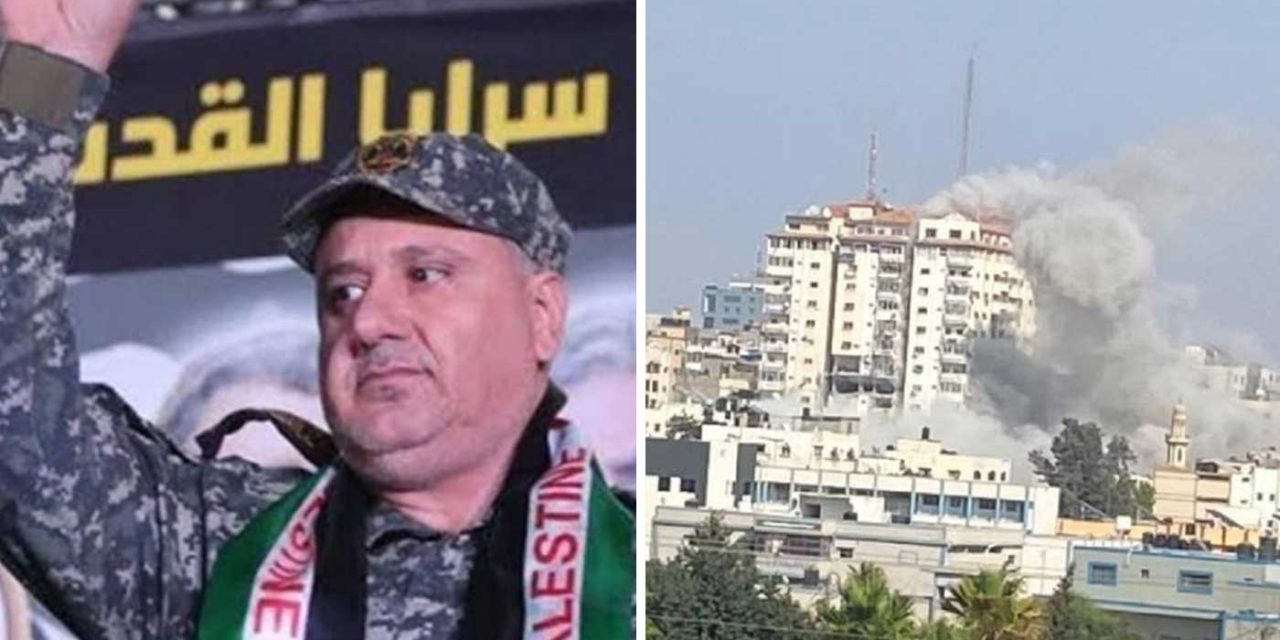 The Israel Defence Forces (IDF) have killed a commander of the Palestinian Islamic Jihad (PIJ) terrorist organisation based in the Gaza strip in a strike on Friday afternoon following nearly a week of threats from the terror group against Israelis.

The Israel Defense Forces said Friday afternoon it had begun to strike targets in the Gaza Strip, hours after Defense Minister Benny Gantz warned the Palestinian Islamic Jihad that Israel would take action if the terror group does not back down from its intentions to carry out attacks against the country.

In a brief statement, the IDF said it was striking in the Strip, and that a “special situation” had been declared on the home front. It said further details would be provided later.

We just targeted a senior commander of the Palestinian Islamic Jihad terrorist group in Gaza. Tayseer Jabari was responsible for multiple terrorist attacks against Israeli civilians.

The IDF will continue to defend Israel against the threat of terrorism.
pic.twitter.com/rhxuw2ZmYs

“We just targeted a senior commander of the Palestinian Islamic Jihad terrorist group in Gaza,” the IDF said in a statement on Twitter.

“Tayseer Jabari was responsible for multiple terrorist attacks against Israeli civilians. The IDF will continue to defend Israel against the threat of terrorism,” it said.

For the past four days, Israelis living near the Gaza border have been locked down with roads closed, essentially being held hostage as PIJ terrorists planned to attack civilians along the border using snipers and anti-tank missiles launched across the border as vehicles travelling on the roads.

It is understood that PIJ were planning imminent attacks on Israelis with anti-tank weaponry being prepared to be used on Israelis. The terrorists in charge of such operations are now said to have been killed.

This is a developing story and the details are likely to change, but right now it is understood around 15 terrorists have been killed, including some of PIJ’s most senior leaders. Sadly there have been civilian casualties also as the PIJ terrorists use residential areas to carry out their operations.

Palestinian Islamic Jihad (PIJ) is an Islamist terrorist organisation that is controlled by the Iranian regime. They are born out of the same anti-Israel dogma as Hezbollah and Al-Qaeda. This strike on PIJ will likely stoke a response against Israel from other terror groups operating in the Gaza Strip, including Hamas. It is also a blow to Iran who will see this as an attack against their fighters.

The UK media will likely focus on the civilians who have sadly died in this operation. However, we must stress that Palestinian Islamic Jihad is a terrorist organisation that uses civilians as human shields.

We must highlight that PIJ is outlawed in the United Kingdom and other nations, including the European Union, United States, Canada and Australia. Therefore, it is a criminal offence to support the actions of PIJ. It is a shame then that the media will likely demonise Israel for its dealing with terrorists instead of highlighting the horrors of PIJ.

Who is the Islamic Jihad in #Gaza?

An extremist and dangerous tool in the hands of the Iranian regime.

Palestinian Islamic Jihad and Hamas are holding the Palestinian people hostage in Gaza. Israel is trying to defeat the evil of these terror organisations and ultimately save the lives of Israelis and Palestinians by rooting out those whose only purpose is destruction.