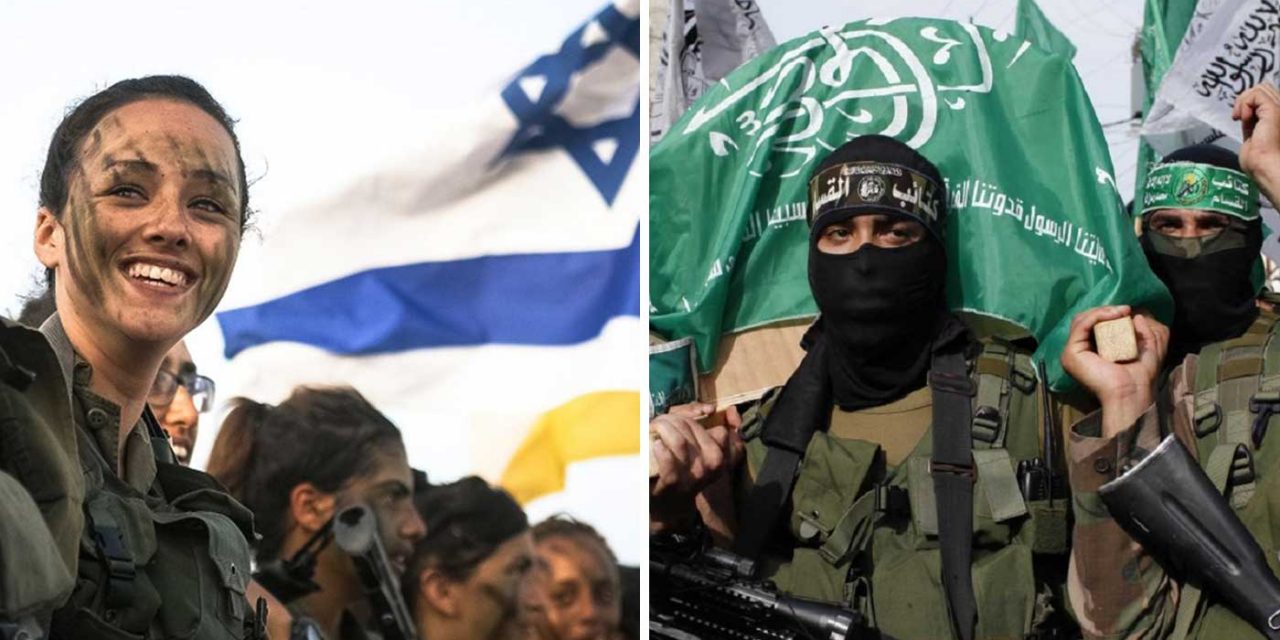 A key truth that we must all understand about the Israel-Palestinian conflict is the gulf between Israel and Hamas in their value of human life. In recent weeks we have had a number of examples that highlight this reality.

Hamas, the terrorist group that controls the Gaza Strip, is currently holding four Israelis hostage – two soldiers (Oran Shaul and Hadar Goldin) and two civilians (Avner Mengistu and Hisham al-Sayed). It is not known whether all the hostages are still alive. However, it is understood at least Hisham al-Sayed is alive after Hamas released a video of him lying in a bed with an oxygen mask. The video is undated, but the background shows a TV airing Al Jazeera from the 21st June 2022.

Hisham is an Israeli-Arab with special needs. He entered Gaza through a hole in the security fence and was subsequently kidnapped by Hamas terrorists. The reason for the video was not only to prove Hisham is alive, but to put pressure on Israeli officials that his health was deteriorating and they needed to act fast to see him out alive.

Israel tried to highlight this to the international community. Israel’s Ambassador to the UN presented a video to the UN Security Council with Sha’aban a-Sayed, the father of Hisham, saying, “For seven years, Hamas has been playing with our hearts. My son Hisham has special needs and suffers from mental and intellectual disabilities. I ask for the Security Council to intervene and work for his release. (Hamas) is holding him as a bargaining chip.”

Hamas’s goal in keeping Israeli hostages is to ransom them in prisoner exchanges, which would likely free hundreds (even thousands) of Palestinian terrorists and criminals in exchange for a single Israeli hostage. Hamas is exploiting the humanity of Israel and is willing to hold hostage someone with special needs and a history of mental health because they know Israel values one life far more than Hamas can comprehend.

But in the face of Hamas’s inhumanity, the Security Council was silent.

“Despite the heinous actions of Hamas, this council remains silent,” Israeli Ambassador Gilad Erdan said. “Hamas is undoubtedly one of the most critical barriers to any advancement between Israelis and Palestinians, but it seems from the UN reports that this murderous terror group does not even exist.”

Shamefully, the United Nations has never once condemned Hamas. In contrast, Israel has been condemned at the UN more than any other country.

In an effort to highlight Hamas terrorism, the IDF last week revealed information on Hamas terror tunnels that are being dug underneath populated civilian areas of Gaza, including under businesses and homes, including those located next to schools, mosques and hospitals These tunnels are military facilities that are used to store and transport rockets and other weapons as well as help Hamas fighters reposition without being detected.

Why does Hamas build underneath the homes of civilians? It’s the same reason that Hamas stores rockets in schools and fires rockets inside housing complexes and next to children’s playgrounds. Hamas is using the Palestinian people as human shields. Once again, they do this without any kickback from the international community.

You may be surprised to hear that one of the main reasons Hamas terrorists continue to tunnel under the homes of Gazan families is because they know their enemy. Hamas knows that Israel will do everything they can to avoid killing civilians. Hamas shamefully exploits Israel’s humanity in an attempt to gain a strategic advantage.

The IDF is forced to deploy some of the most sophisticated weaponry on the planet. Much of this weaponry is purchased at great expense to Israel or has been developed by Israel out of necessity. Israel needs to be extremely careful when in conflict with Hamas, in order to save Palestinian civilians as well as Israeli lives. Israel is very good at what it does. When compared with other conflicts, the civilian deaths caused by Israel’s military action against Hamas terrorists are far fewer than in many other conflicts around the world. This is despite Gaza being densely populated and despite Hamas doing all it can to place its civilian population in harm’s way.

Every Palestinian child that dies in conflict is seen as a win-win by Hamas. They use it to incite Palestinians and anti-Israel activists around the world to hate Israel more and they rely on the international community to condemn Israel. Meanwhile, nothing happens against the terrorists who commit these atrocities.

Hamas shows its inhumanity repeatedly, whether it is using its women and children as human shields or its cruel hostage-taking of Israeli civilians. In contrast, Israel shows its humanity by doing all it can by exposing Hamas’s use of human shields and other human rights abuses and going to great lengths to avoid the deaths of innocent Palestinian civilians.

It is vitally important that we continue to proclaim the truth about Israel’s humanity and Hamas’s inhumanity and counter the deception of Israel’s enemies. And please pray for Hisham al-Sayed and the other Israeli hostages and their families.