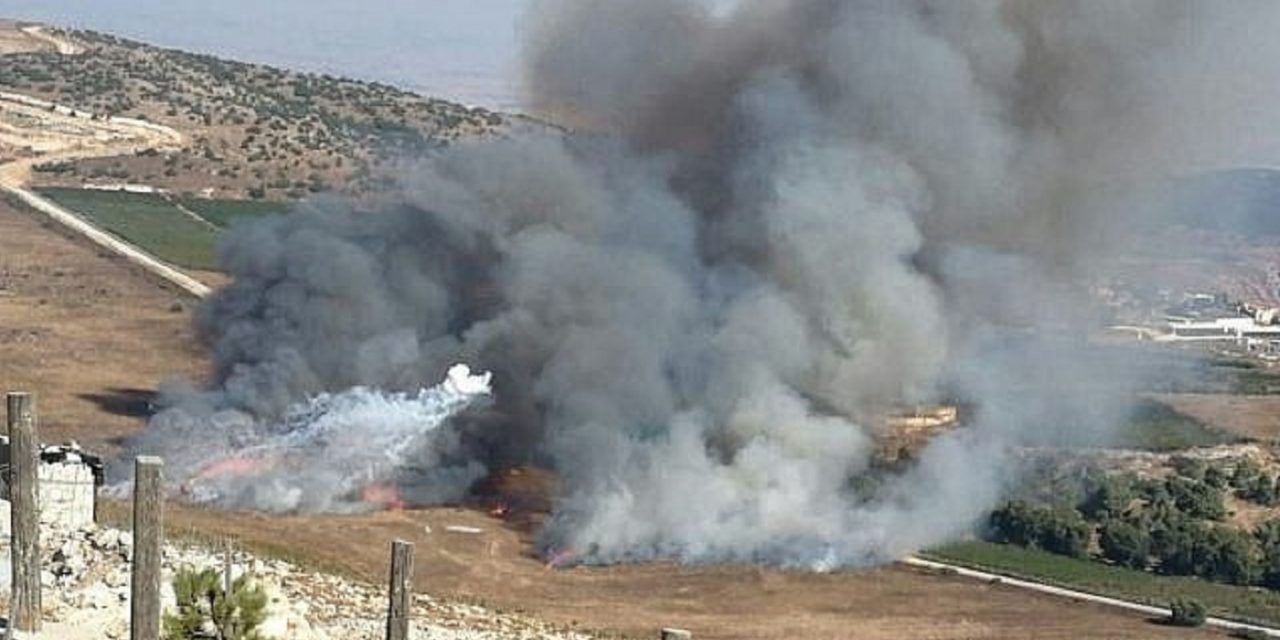 On Sunday the terror organisation and Iranian proxy, Hezbollah, fired several precision guided missiles from Lebanon towards an army base on Israel’s northern border destroying an IDF armoured vehicle in the attack. We thank the Lord that there were no soldiers inside the vehicle at the time.

According to the IDF, soldiers were in the vehicle just 30 minutes prior to the attack, leading Israel’s Army Radio broadcaster Yakov Bardugo to say that Israel and Hezbollah were “30 minutes away from war”.

Israel very cleverly led Hezbollah to believe that there were casualties by staging a well-planned medical evacuation, prompting the terror group to hold fire and giving Israel advantage to strike back with artillery and helicopter fire, sending over 100 shells into Hezbollah positions in Lebanon.

To the embarrassment of Hezbollah, Prime Minister Netanyahu later confirmed that there had been no Israeli injuries, “not even a scratch”.

IDF spokesman Ronen Manelis said, “Hezbollah carried out its plan but with no success. There was a massive preparation [of the army]. We prepared at sensitive locations.”

During Hezbollah’s initial attacks, explosions were heard throughout towns in the Upper Galilee with residents within 2.5 miles of the Lebanon border hurrying to open shelters.

These events, which putting Israeli lives at risk, are part of a series of escalating tensions between Israel and Iran’s proxy, Hezbollah. Last week, Israel warned Hezbollah that it would not allow the terrorist organisation to succeed in its attempts to develop precision-guided missiles with backing and materials from Iran.

In recent weeks, Prime Minister Netanyahu has also been clear that Israel will fight Iran on every front where the empire entrenches itself in order to protect Israeli citizens. Yesterday the Israeli leader announced, “I have ordered that we be prepared for any scenario.”

As Christians, it is critical that we obey our Biblical mandate to bless Israel and to do so, we must remain apprised of God’s Chosen People’s determined enemies.

During these tense and perilous times, as Israel fights against Hezbollah, an evil, Iranian-backed terrorist organisation, the founding purpose of which is to attack Israel and wipe it off the map, let us remember Israel in our prayers and pray for peace and protection for the Jewish state.