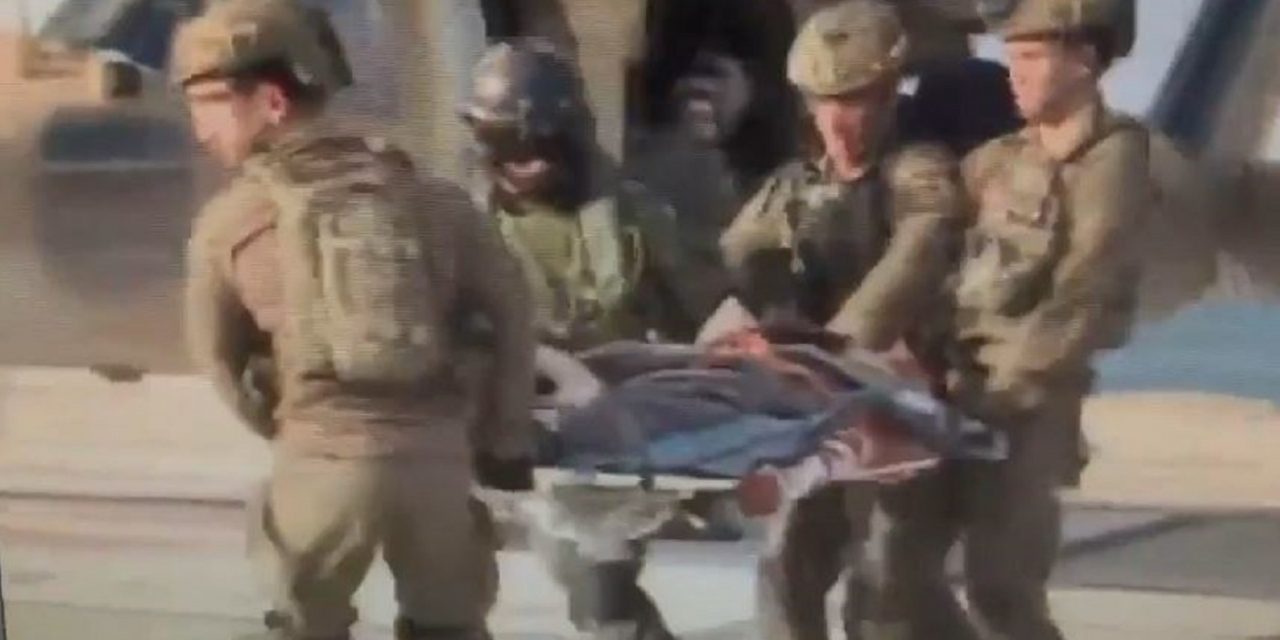 Hezbollah was left embarrassed when the IDF pulled off a brilliant trick after the Iranian proxy fired anti-tank missiles across the Lebanon-Israel border.

After an Israeli armoured vehicle was struck on Sunday afternoon, the IDF dispatched a helicopter  to the scene and two apparently bleeding and bandaged soldiers were filmed being evacuated.

Lebanese media, picked up by the UK media, subsequently began reporting of a successful operation by the terror group, which struck several military targets.

Hezbollah quickly took responsibility or the missile strikes, saying in a statement that its fighters “destroyed an ‘Israeli’ military vehicle on the Avivim barracks road [in northern Israel] and killed and injured those in it.” Hezbollah even made a point of saying it did not interfere with the medical evacuation operation.

BRILLIANT! Israel tricked Hezbollah by staging an evacuation of a "wounded" soldier from a military vehicle after it was struck by a Hezbollah anti-tank missile just inside Israel's border with Lebanon. The Lebanese media reported yesterdat a "successful" operation by Hezbollah with the delighted terror group saying it had "killed and injured" those in the vehicle – with Hezbollah even holding fire to allow the evacuation. But to their embarressment, PM Netanyahu said no Israelis were so much as "scratched" in attack.

Posted by Christians United for Israel – UK on Monday, 2 September 2019

The IDF initially declined to comment further on the operation, and only a few hours later said that there had been no casualties in the attack.

However later Sunday evening, after Israel carried out extensive strikes in Lebanon in response to the missile attack, it emerged that the two “wounded” soldiers had in fact been part of a staged rescue operation planned ahead of time. Times of Israel reports that Israel apparently hoped that Hezbollah, thinking it had inflicted casualties, would conclude that it had retaliated sufficiently for a pair of Israeli strikes on Hezbollah and Iranian targets late last month, and hold its fire.

I have directed that we be prepared for any scenario. We will decide on the next steps pending developments. At this time I have an important announcement: We have no casualties – not even a scratch.

Military sources said that the vehicle was empty when it was struck, but that soldiers had been inside half an hour earlier.

Reacting to the incident, Prime Minister Benjamin Netanyahu boasted that no Israelis were so much as “scratched” by the Hezbollah attack. 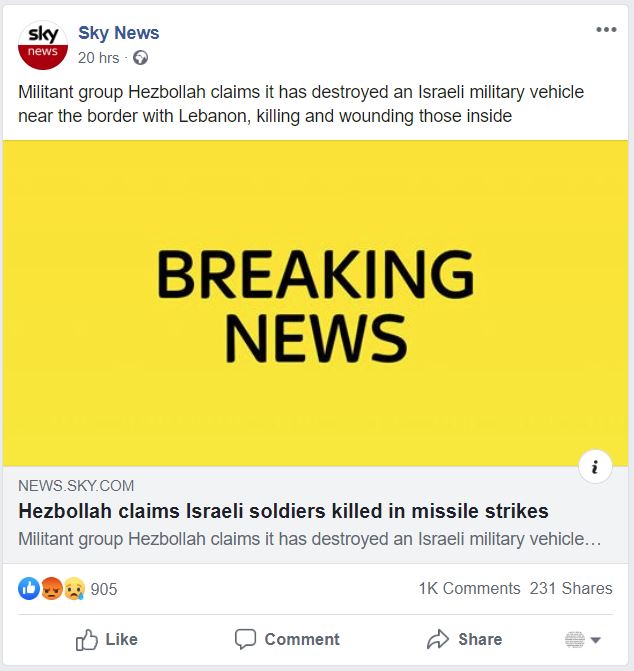 IDF spokesman Lt. Col. Jonathan Conricus said the IDF considered the “tactical event on the ground” to be over as of Sunday evening, but that the larger strategic threat posed by Hezbollah on the border remained.

In response to Sunday’s attack, the Israeli military said its artillery cannons and attack helicopters fired approximately 100 shells and bombs at Hezbollah targets in southern Lebanon.