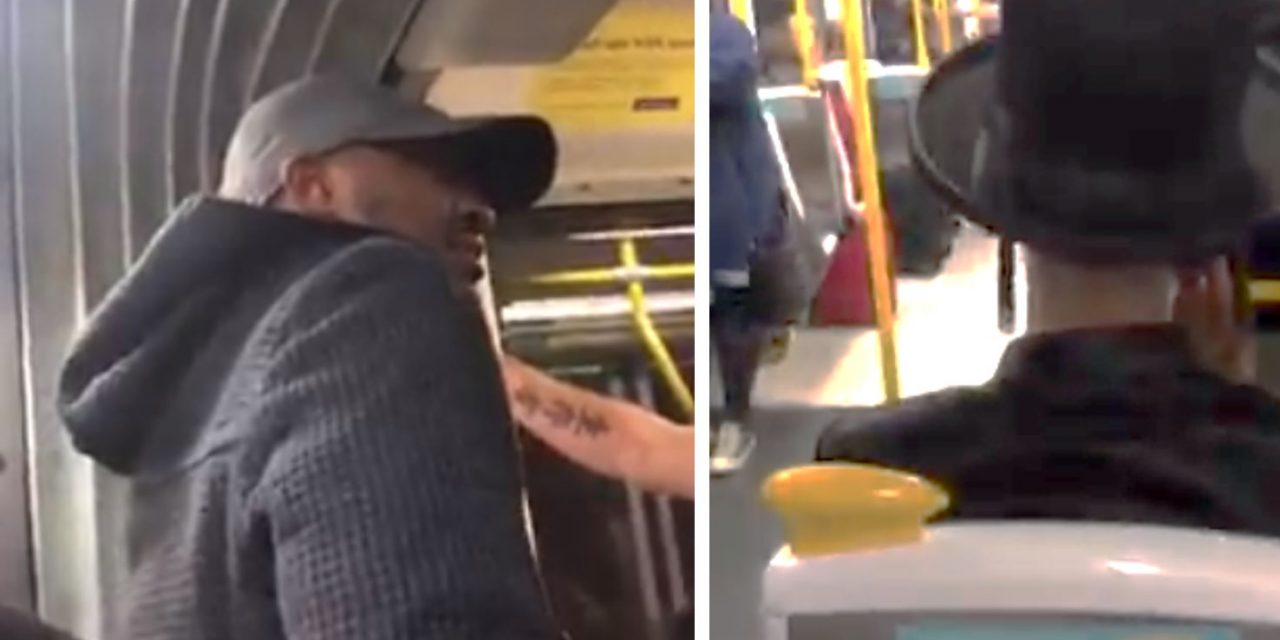 A video has emerged on social media of passengers on a tram in Manchester coming to the defence of an Orthodox Jewish couple.

The Community Security Trust has paid tribute to those who took issue with the man’s constant questioning of the seated Charedi couple on Thursday evening, after he asked them if they “know about the situation in Gaza”.

In the expletive-ladem video, the man said he was “from Palestine,” but was strongly challenged by three other tram users for his decision to question the Orthodox couple about Gaza.

At one point the abuser called the Orthodox man “rabbi” and asked how his questioning the couple about Gaza could be an inflammatory question.

“This is one blatant example of Jews being told to answer for the situation between Israel and Gaza,” he said. “In a sense it is no different to the way that many Jews feel treated within political parties, on campus, or perhaps from work colleagues.”

He added: “We should also note the way in which members of the public stood up and said it was unacceptable. This is what needs to happen – making antisemites feel the pressure, rather than their victims.”

The  encounter was filmed by a woman who said she was also Jewish, and after several minutes of confrontation, the incident ended with the capped man leaving the tram.

We have included the video below.

WARNING: This video contains very strong and offensive language. We include the video as evidence of the encounter.

WATCH: Man verbally harassed a group of people on the tram in Manchester over Gaza, only because they are Jewish. His hate for Israel knows no boundaries. Anti-Zionism=Antisemitism.

Posted by StandWithUs on Saturday, 31 August 2019