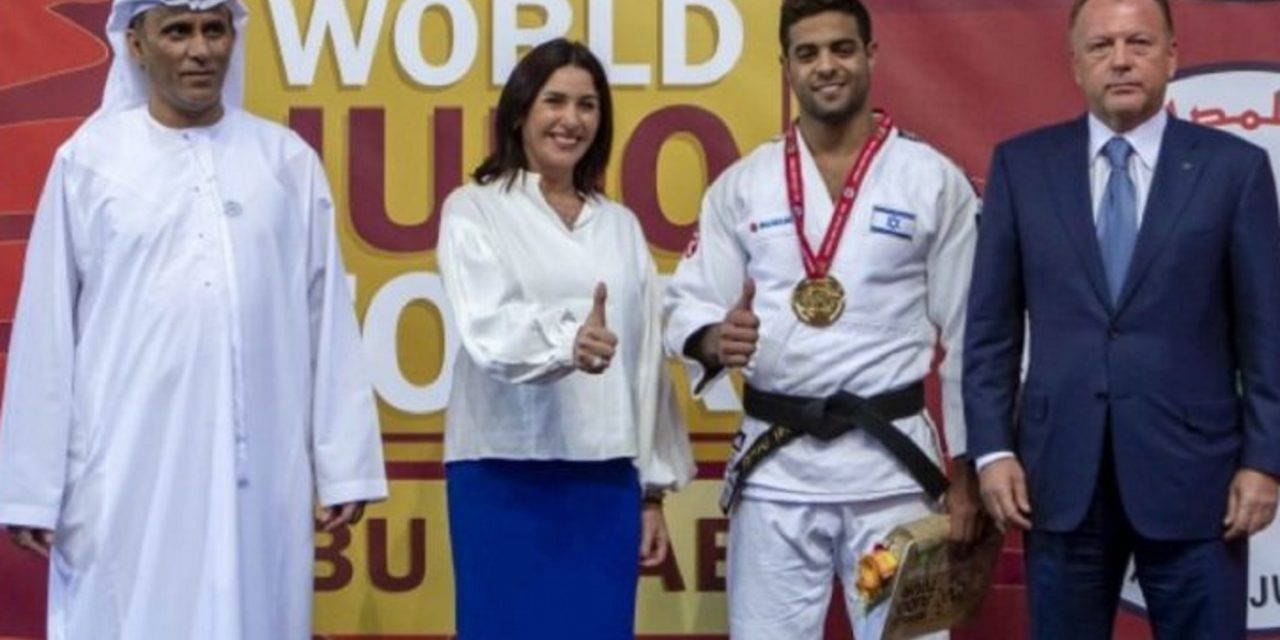 History was made in the United Arab Emirates (UAE) on Sunday after Israeli judoka Sagi Muki  won his under-81 kg class event at the International Judo Federation’s (IJF) Grand Slam competition in the Arab country.

In a first for Abu Dhabi, which has no diplomatic relations with Israel, not only was the Muki allowed to compete in the Arab country with his country’s flag on his uniform, but “Hatikva”, the Israeli national anthem, was played as he stood on the podium after receiving his gold medal.

The anthem was then played for a second time after Israeli Peter Paltchik won the gold medal in a different weight class.

Paltchik’s medal was the fifth overall meaning the Israeli flag was raised three other times as three other judokas stood on slightly lower podiums to get bronze medals for taking third in their respective weight classes: Gili Cohen, Baruch Shmailov, and Timna Nelson Levy.

The organisers even allowed non-competing Israelis to officially attend, namely Culture and Sports Minister Miri Regev, who became the first Israeli diplomatic to visit and was seen weeping during Hatikvah when Muki received his medal.

Abu Dhabi was suspended from the IJF for not allowing Israelis to compete at last year’s event under their own flag, even though the reason officially given was that it was for their own safety. They fought under the Federation’s symbol, and when Tal Flicker won his under-66 kg event, he had to sing Israel’s national anthem to himself as the flag raised – and anthem played – was that of the Federation.

Thank you, United Arab Emirates, for letting compete the Israeli judo team under their national flag – for the first time in a Gulf country – and inviting to the opening ceremony in Abu Dhabi Israeli Culture Minister Miri Regev. #coexistence #peace pic.twitter.com/zQGHojNIvY

The UAE had done this in 2015 as well, but after the 2017 event, the Israeli government protested vociferously that this was against all IJF rules, and that time, the Federation listened.

When the sports authority promised that Israelis would be treated like all the other athletes, the country’s tournament was reinstated – and, as seen, UAE organisers kept their promise.