Theresa May condemns “sickening and cowardly” shooting at Pittsburgh synagogue 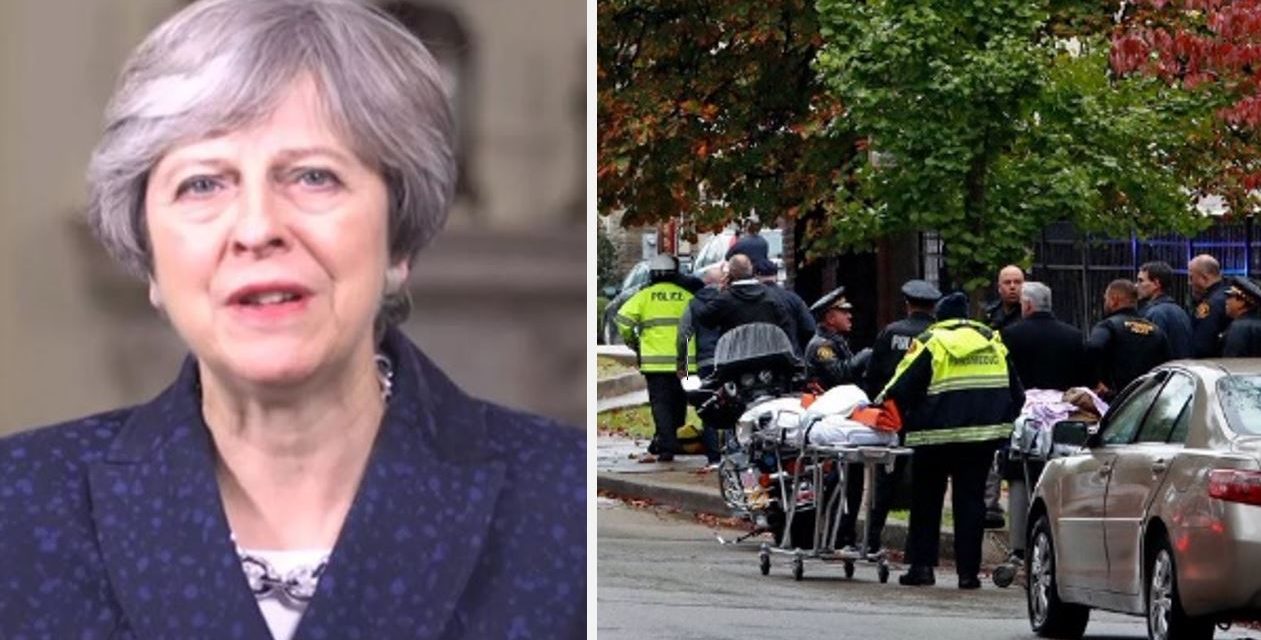 Theresa May joined international condemnation after a gunman opened fire in a synagogue in Pittsburgh, killing 11 people and wounding six more, four of whom were police officers, in the deadliest attacks on Jews in U.S. history.

Mrs May said in a statement released on Saturday: “I’m deeply shocked by the reports of a shooting at a synagogue in the US today.

“Our thoughts are with the Jewish community in Pittsburgh and all those affected by this sickening and cowardly act.”

"I’m deeply shocked by the reports of a shooting at a synagogue in the US today. Our thoughts are with the Jewish community in Pittsburgh and all those affected by this sickening and cowardly act." – PM @theresa_may

Police say the gunman entered the Tree of Life Synagogue in the Squirrel Hill neighbourhood of Pittsburgh and shot people in each of the three congregations that was holding services in the building. He then reportedly barricaded himself in the third floor of the temple and engaged in a shootout with police before being taken into custody.

According to federal charging documents, the shooter, Robert Bowers told an officer, “I just want to kill Jews.”

London mayor Sadiq Khan expressed his condolences to the victims while seeking to reassure the capital’s Jewish community.

“Synagogues and all places of worship should be sanctuaries,” he said.

“London stands with the congregation of the Tree of Life in Pittsburgh – you are in our thoughts and prayers.

“I want to reassure the Jewish community in London that City Hall has been in touch with the Met and we will do everything possible to support and protect you.”

In March this year, the then Home Secretary, Amber Rudd, used her speech at the Community Security Trust (CST) annual dinner to pledge £13.4 million towards security measure for British Jews in the coming year – matching last year’s funding.

Ms Rudd told the more than 800 attendees at the central London dinner that the money was intended “to ensure the security of Jewish faith schools, synagogues and communal buildings, following concerns raised by the Jewish community.

Meanwhile, the rabbi of the Tree of Life synagogue in Pitssburgh says his community “will rebuild” following the massacre.

Speaking on the “Today” show on Monday, Jeffery Myers says he first heard the sound of crashing metal and thought one of his older congregants had fallen. When he realized it was gunfire he ordered everyone in the sanctuary to drop to the floor and remain silent, hoping that the wooden pews would protect them from the bullets.

“I went up into the choir loft, and I heard him execute my congregants,” he tells The Today Show. “I didn’t watch. I couldn’t watch.”