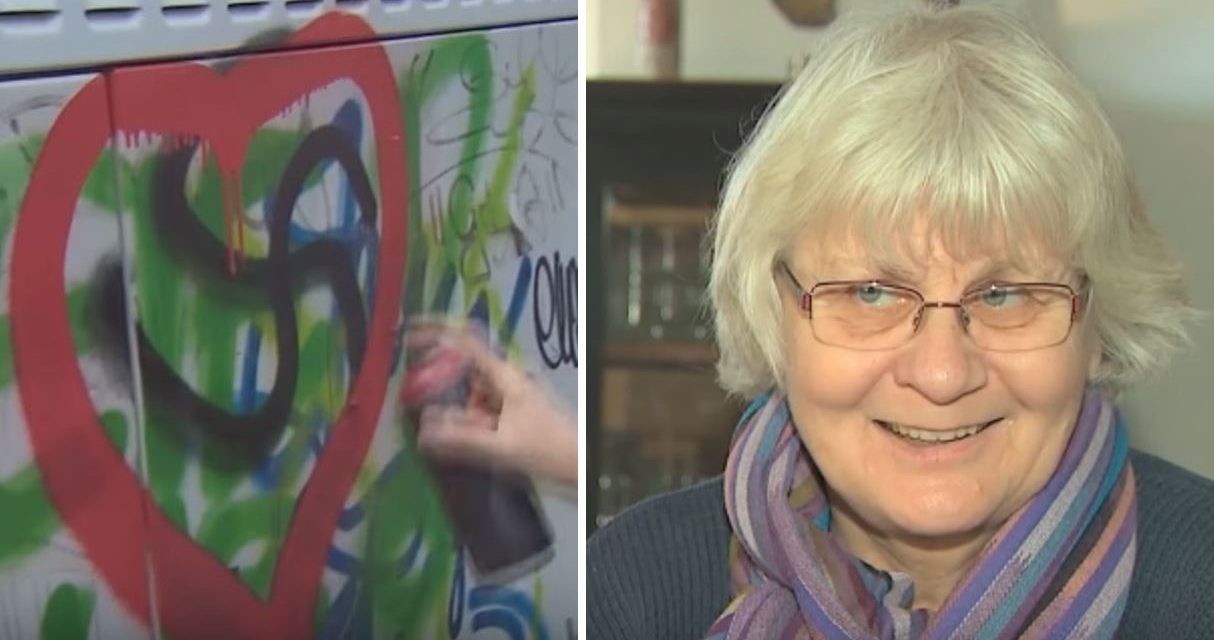 A 73-year-old activist known in Germany as “graffiti grandma” has been fined after painting over Nazi graffiti in the town of Eisenach, local media reported.

Irmela Mensah-Schramm, who continues to attract international media coverage, has spent over three decades scraping away or painting over antisemitic and far-right slogans and symbols daubed across Germany.

The retired teacher was charged after painting in 2018 several hearts over graffiti which read “NS-Zone”, an apparent reference to National Socialism, after a local resident shared footage of the incident with police, public broadcaster MDR reported.

Mensah-Schramm was convicted of property damage by the Eisenach district court last Thursday and ordered to pay legal costs and a fine of €1,050, according to the report.

She was told she could avoid the fine by donating €500 to a charity of her choice but rejected the offer, insisting it would be an admission of guilt.

The Berliner born in Stuttgart, who does not agree with the verdict, revealed plans to appeal the ruling.

But a spokesman for the district court told MDR painting over far-right graffiti remains property damage despite the offender’s intentions.