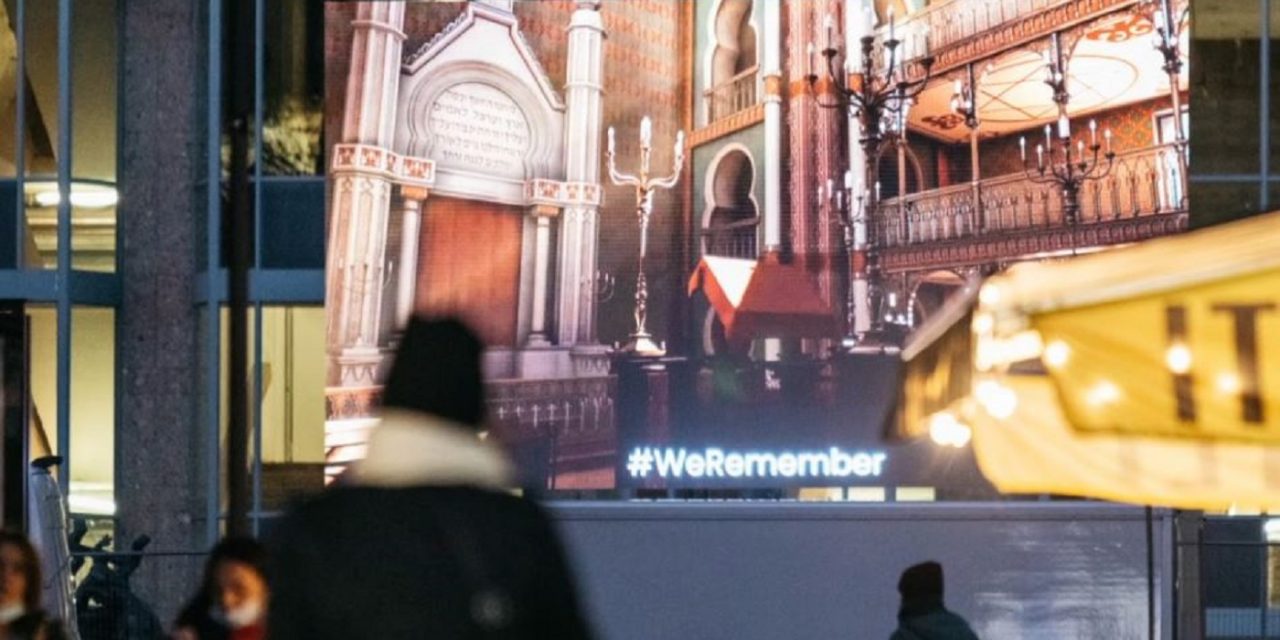 German cities projected images of synagogues that were destroyed or damaged by the Nazis in their former locations to mark the anniversary of the antisemitic 1938 Kristallnacht pogrom on Tuesday.

Some Austrian cities also joined the project. In total, 18 cities marked the day with the somber displays.

The head of Germany’s Central Council of Jews, which organized the virtual reconstructions together with the World Jewish Congress, warned that knowledge of the Kristallnacht events is declining.

Hundreds of synagogues were destroyed by the Nazis on #Kristallnacht.

83 years later, 18 of those lost treasures of Jewish heritage were virtually reconstructed, and projected on the walls where they had once stood in Germany and Austria.

“The pogrom of 1938, which at the time did not provoke widespread protests by citizens, should always be remembered in Germany as a warning,” said Josef Schuster.

German President Frank-Walter Steinmeier commemorated the 83rd anniversary of Kristallnacht — the “Night of Broken Glass” — when Nazis, among them many ordinary Germans, terrorized Jews throughout Germany and Austria.

In a speech in Berlin, Steinmeier talked about November 9, 1938, when the Nazis killed at least 91 people, vandalized around 7,500 Jewish businesses and burned more than 1,400 synagogues.

Last night, on the anniversary of “Kristallnacht”, reconstructions of destroyed synagogues in Germany and Austria were projected on to walls near where they once stood. Passers-by could walk through the virtual buildings using 3D glasses.

This is Frankfurt’s Friedberger Anlage. pic.twitter.com/l1xcYdvUXG