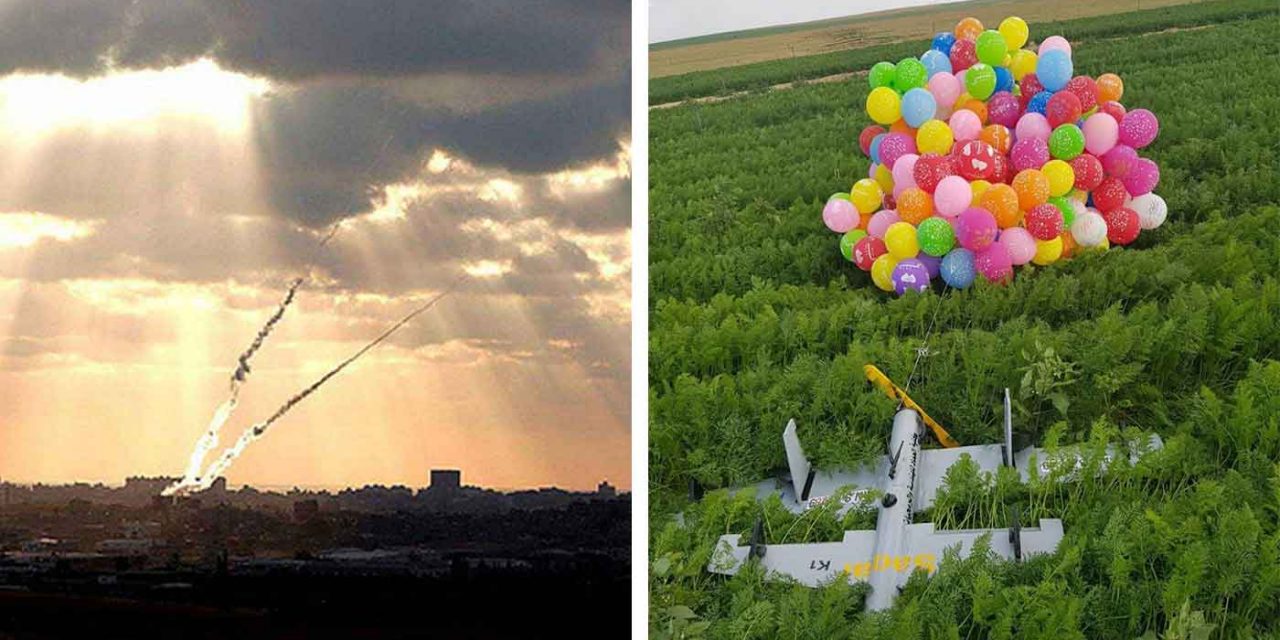 The Israel Defense Forces (IDF) have carried out a series of airstrikes on Hamas military targets in response to attacks from terrorists in the Gaza Strip who launched an explosive balloon device across the border and fired a rocket into Israel.

The series of events is as follows:

🚨3:00AM, ISRAEL: Sirens sounded in the city of Ashkelon and the Hof Ashkelon Regional Council. Details to follow. pic.twitter.com/TxoIXCkqRy

In response to the balloon attack, the IDF said the following:

“IDF attack helicopters struck two military positions belonging to the Hamas terrorist group in the Gaza Strip in response to the balloon-borne explosive device, which was launched by a model drone.”

“The IDF will continue to act in defence of the citizens of Israel and against terrorism from the Strip,” the army said.

In regards to the rocket attack, the IDF said:

“The IDF holds Hamas responsible for all that takes place in the Gaza Strip,” the army said.

Looks like a bunch of birthday balloons, right?
They are, but with explosives attached to them.

These explosive balloons were tied to a model airplane and flown from Gaza into Israel by Hamas, with the intention of killing innocent Israelis. pic.twitter.com/M8j8ziviOf