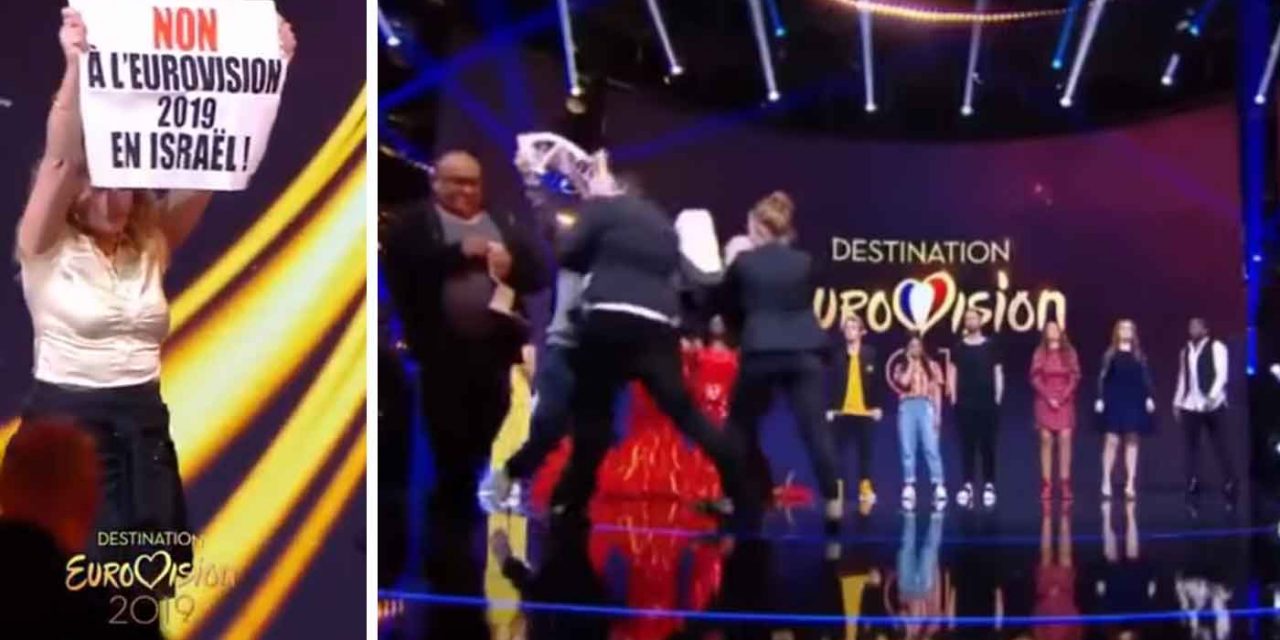 Netta made a special appearance Saturday during the semi-final of Destination Eurovision, the French television show that selects the country’s contestant for the international singing competition. Netta had finished performing her song, “Toy,” and the contestants were invited back on the stage. It was at this point that anti-Israel activists jumped on stage and held up signs.

They were removed by security within around 30 seconds. The signs, written in French, read: “No to the Eurovision 2019 in Israel.”

In a statement Saturday, Barzilai said that she had “an amazing evening, with incredible energy and an embrace from the French audience. Five people who came to spread darkness and not to talk about music and love, couldn’t ruin an evening like this.”

France 2, the network which airs Destination Eurovision, released a statement Saturday, saying: “Eurovision is above all entertainment on a unique international scale and open to great artistic diversity. Music, which has no borders, represents a universal ambition of dialogue between peoples, openness and living together.”

The BDS France movement took credit for the stunt on its Twitter page, using the hashtags “#DestinationApartheid” and “#BoycottEurovision2019.”

BDS stands for Boycotts, Divestment and Sanctions, which is a call for individuals and countries to stop all trade with Israel. It is the only mainstream boycott movement in existence and it targets the world’s only Jewish state. The BDS Movement spreads a false narrative that Israel is an oppressor whilst ignoring true oppression and persecution around the world.