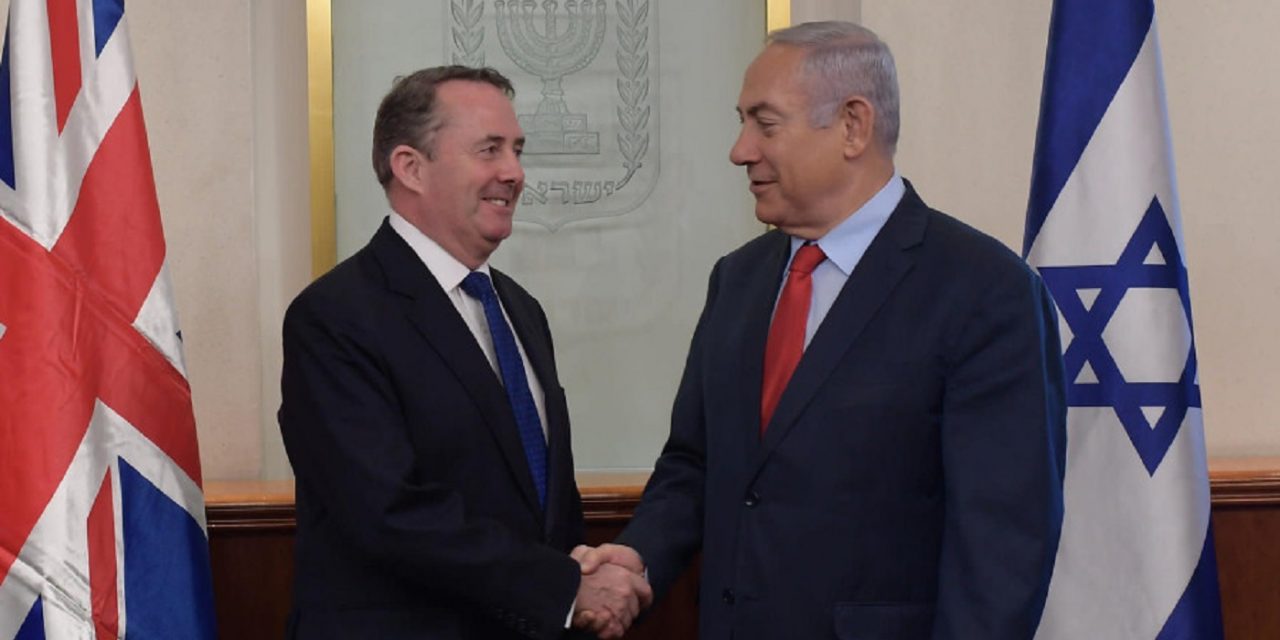 The UK has agreed in principle to a post-Brexit free trade agreement with Israel, with the Jewish state becoming the first country to do so ahead of the UK leaving the European Union.

Cohen commented that Israel’s trade with Britain was valued at more than £10 billion in 2018, and expressed his hopes that the trade agreement “will accelerate, increase and strengthen our economic relationship.”

Fox said, “I’m delighted that as Britain prepares to leave the European Union and to ensure continuity for our businesses in both directions, we’ve reached agreement in principle today with our colleagues in Israel.”

“Israel has been one of the most cooperative and productive partners in this relationship where our trade is already strong and set to go further,” he added. “For us, the continuity as we leave the European Union will be a precursor to an even more ambitious agreement in the future.”

Israeli trade with the UK is governed by its free trade agreement with the EU. Britain’s exit from the EU would require the government to form its own trade agreements, but they cannot sign agreements until they officially leave the European Union.

BREAKING News from @Davos: 🇬🇧 and 🇮🇱 have agreed in principle a UK-Israel agreement. Here is the video of Eli Cohen (Israel’s Minister of the Economy) and I making the announcement at @wef. @netanyahu #FreeTradeIsGREAT #FreeTrade #WEF2019 #wef #wef19 pic.twitter.com/odbZtWr4Uo