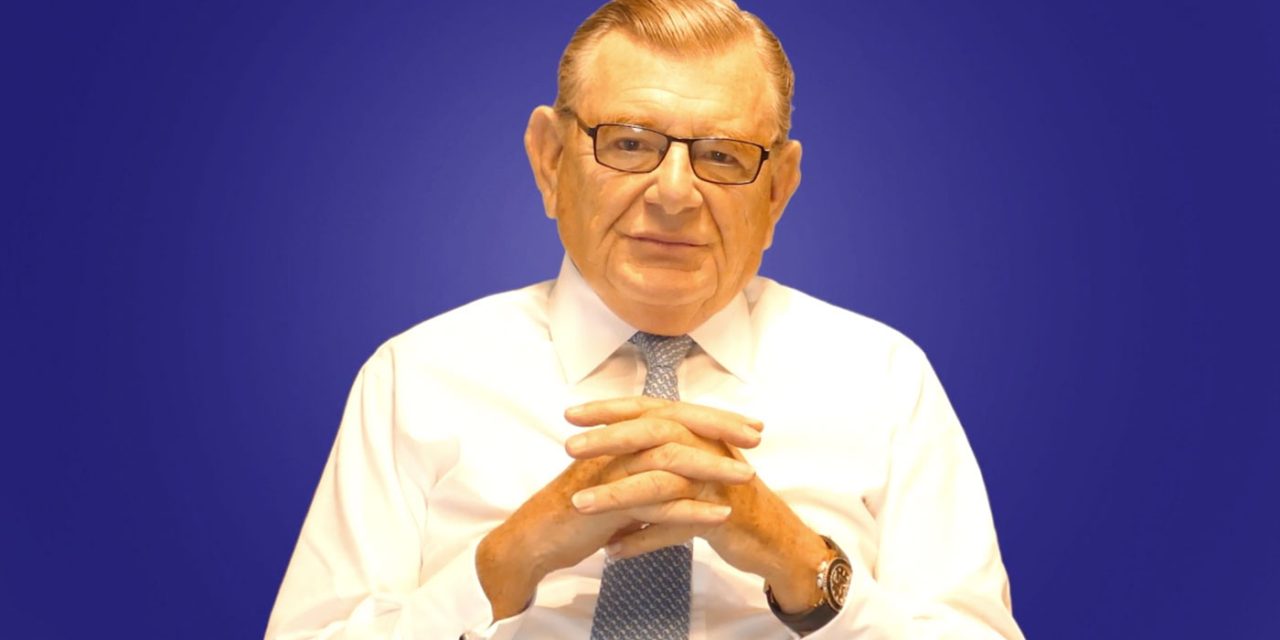 Gerald Ronson, the founder of Community Security Trust (CST) and vice-president of the NSPCC gave an interview with J-TV this week.

In a wide-ranging interview, the businessman and philanthropist explained why he started CST, the charity that protects British Jews from anti-Semitism and related threats, as well as his views on anti-Semitism under Jeremy Corbyn.

You can watch the full interview at the bottom of the article. Ronson starts talking about anti-Semitism at 2 minutes 15 seconds.

“The modern CST is something I created,” he said. “I’ve been involved in fighting anti-Semitism for over 50 years,” but warned that “the enemy has changed”.

“The enemy is more sophisticated, the enemy is now the radicalised Muslim fundamentalist. It’s a much more complicated issue. Where we look at the left, they were our friends, 20 to 30 years [ago] in our fight against fascism. Now, of course, they’re anti-Zionist, they’re anti-Israel.”

“And you’ve got the right, which has always been there. Although their focus is [now] most probably Muslims and black people, the Jew is always in the scenario.”

When asked about Labour leader Jeremy Corbyn he said, “I think if Corbyn became Prime Minister and with the people he has around him, I think you’ll see an increase in anti-Semitism. Which will make it  somewhat uncomfortable, or more uncomfortable, for Jews who want to live their lives in the UK as fully identified Jews, and not be uncomfortable if they were wearing a kippah or tzitzit as they walk down the high street without being attacked in some form or another”.

He has “always been proud of being a Jew”, he said, but is “not a religious Jew”. He is, he said, “very proud to say my two oldest grandchildren live in Israel”, adding: “One is a lieutenant in the IDF. The other is an officer… it shows you that the gene is there continuing and it’s up to parents to educate their children about being Jewish.”