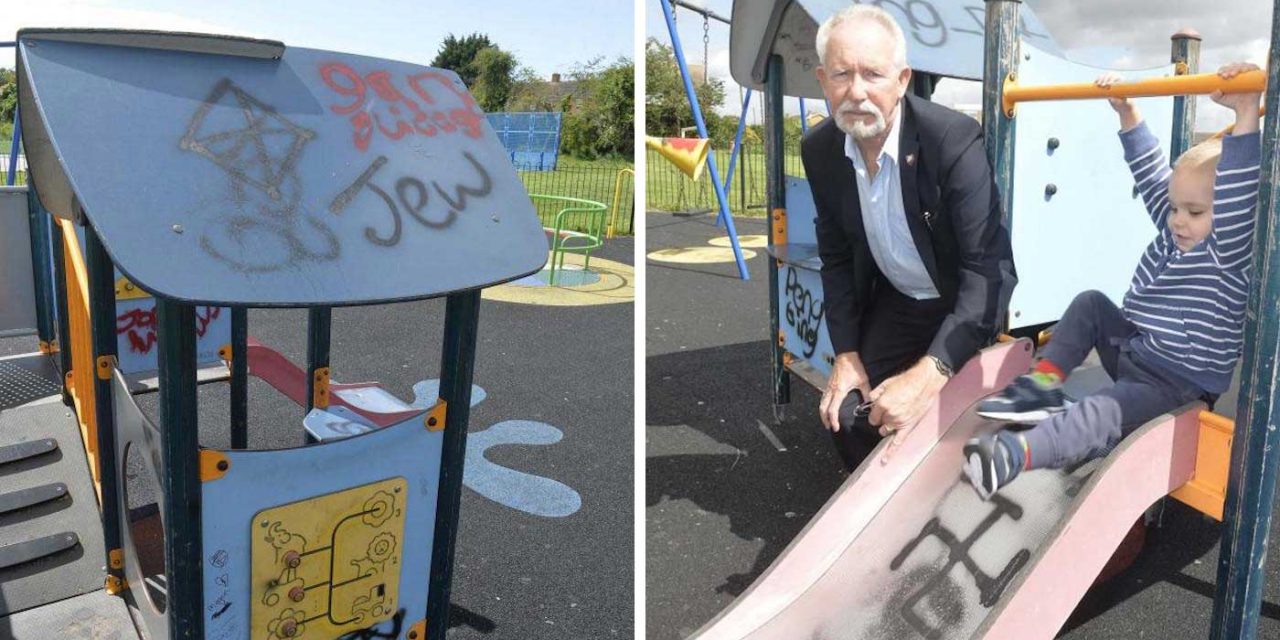 Parents have been left furious after vandals covered a children’s play area with anti-Semitic and racist graffiti.

The location is Mace Park in Dovercourt, near Harwich, Essex, and judging by some of the quotes used by the vandals, the culprits are likely to be teenagers in the area.

Carol, a local resident, spoke to the Harwich and Manningtree Standard saying she often takes her grandson Harley to the park. “It’s disgusting. He’s four years old and loves playing in that park. It’s not just about the graffiti, it’s about some of the racist things that are in there.”

“What if my grandson was to ask me what it means – I wouldn’t know what to say to him. It’s selfish of these ignorant people to deface a child’s play area,” she said.

Dave McLeod, Harwich Town councillor for the area, hit out at the vandalism saying, “I am totally disgusted quite honestly. The park is somewhere for children to enjoy and people have spoilt it.

“What is the deterrent? Do we really need CCTV on our play areas? Tendring Council has people who can clean it off but it’s all cost, cost, cost and the youths don’t realise their parents will pay for it with their taxes.”

Aaron, who discovered the graffiti said he found out the park had been wrecked on Tuesday evening when he took his children there.

He said: “On opening the gate, you could see rubbish scattered around the floor and then all the graffiti.”

“I was upset that it had happened and angry at the idiots that did it, but mainly disappointed.”