EU turns to Israel for gas in historic supply deal 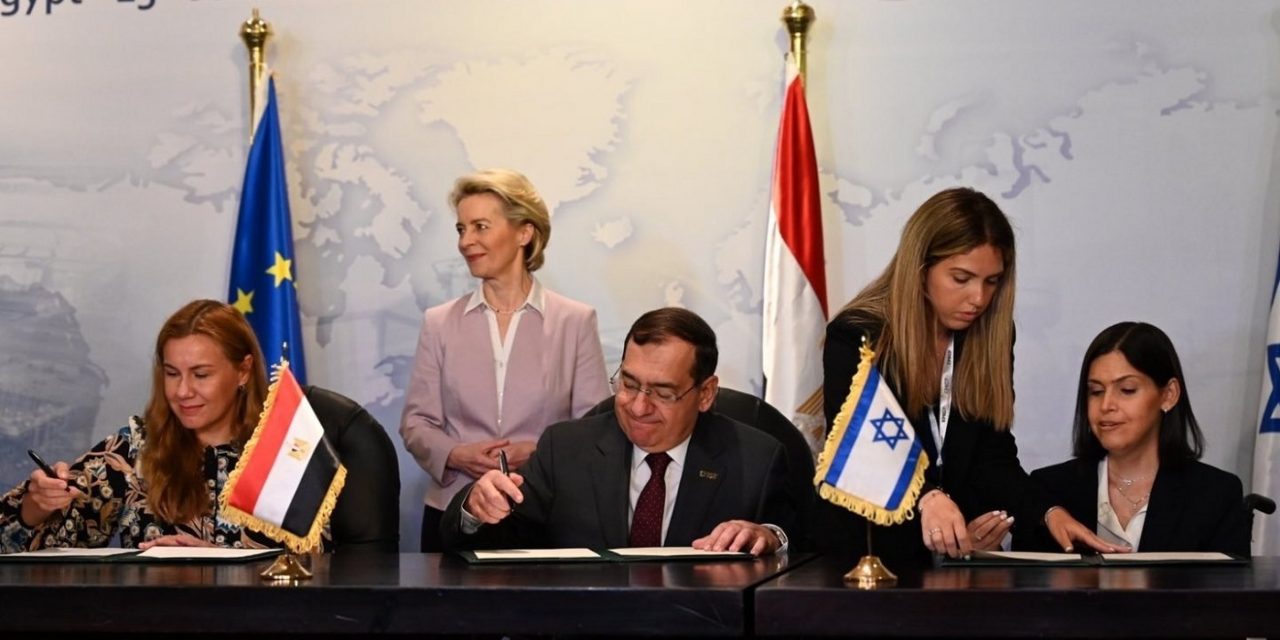 “In that day Israel will be one of three with Egypt and Assyria—a blessing in the midst of the land” – Isaiah 19:24

The EU has struck a landmark deal with Israel and Egypt to supply Europe with Israeli gas in what has been described as “a great moment in which Israel becomes a significant player in the global energy market.”

Wednesday’s memorandum of understanding comes as Brussels seeks to cut energy dependence on Russia. It follows recent discoveries in the Mediterranean that has made the region a potential source of new imports and Israel is expected to double its gas production following the discovery of new offshore gasfields in the past decade.

The arrangement is meant to continue until at least 2030, and will be gradually reduced until 2050. The parties agreed to work on a plan to make gas exports to Europe more efficient and green, meanwhile the EU will encourage European companies to take part in searching for and producing natural gas in Israeli and Egyptian economic waters.

Under the terms, Israeli gas will be transferred to Egypt via existing pipeline before being liquefied at plants in Egypt and sent by tanker to the European Union.

Something big happened today in the Middle East !! Congratulations to Egypt 🇪🇬 and Israel 🇮🇱 for signing a HUGE gas export deal with EU 🇪🇺 pic.twitter.com/vcbDOfRsz1

Israeli Energy Minister Karin Elharrar described the signing as “a great moment in which little Israel becomes a significant player in the global energy market.”

“The MOU will allow Israel to export natural gas to Europe for the first time, and that is even more impressive when considering that significant agreements we have signed in the past year, making Israel and its energy and water market a key player in the world,” Elharrar stated.

European Commission President Ursula von der Leyen, who was present at the signing, tweeted, “With this… agreement we will work on the stable delivery of natural gas to the EU from the East Med region. This will contribute to our EU energy security. And we are building infrastructure fit for renewables – the energy of the future.”

Von der Leyen addressed the important role of EU-Israel energy cooperation in her remarks to Prime Minister Naftali Bennett in Jerusalem on Tuesday.

“The EU was the biggest, most important client of the Russian supplier – for oil, gas and coal,” she said, “but with the beginning of this war and the attempt of Russia to blackmail us through energy, by deliberately cutting off the energy supplies, we decided to cut off and to get rid of the dependency on Russian fossil fuels and to move away from Russia and diversify to trustworthy suppliers.”

During a trip to Israel on Tuesday, Ursula von der Leyen accused Moscow of “deliberately” cutting off supplies to various European countries and companies since the Russian invasion of Ukraine in “retaliation for our support” for Kyiv. But she insisted that this had “only strengthened our resolve to break free of our dependency on Russian fossil fuels”.