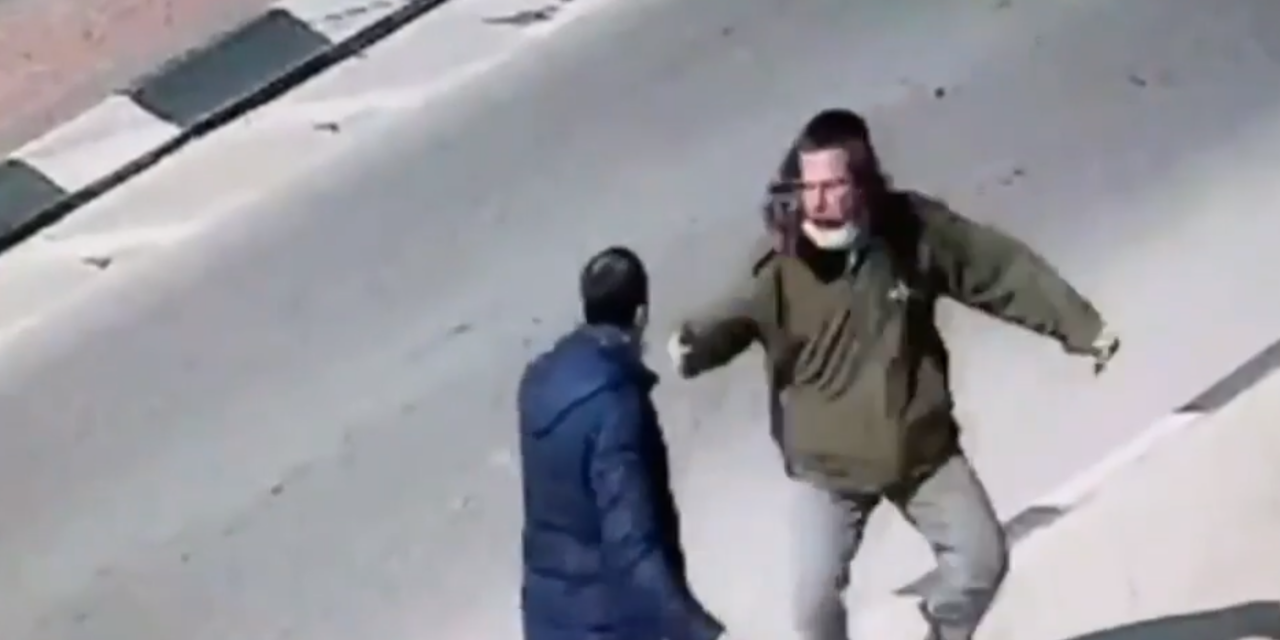 Dramatic footage of an attempted stabbing was released this week showing an Israeli civilian fending off his attacker.

The attack happened last week and took place near the Yitzhar junction in Samaria (the West Bank), the IDF said in a brief statement.

CCTV footage of the incident captured the suspect approaching a Jewish man with a knife in his hand.

The Israeli civilian quickly reacted, fending off the attack and kicking the assailant before turning around and fleeing.

The suspect also fled, reportedly toward Huwara, south of Nablus.

Following a two-day manhunt, the IDF announced that the suspect had been taken into custody.

“In recent days a manhunt has been conducted after the terrorist and a little while ago the suspect was arrest by IDF troops near Salim village,” a statement from the military said.

This appears to be the latest example of Palestinian terrorism towards Israelis as advocated for by Palestinian leaders such as Hamas and the Palestinian Authority. Termed ‘popular resistance’, these acts of terrorism are incentivised monetarily with the terrorists being honoured within Palestinian society.