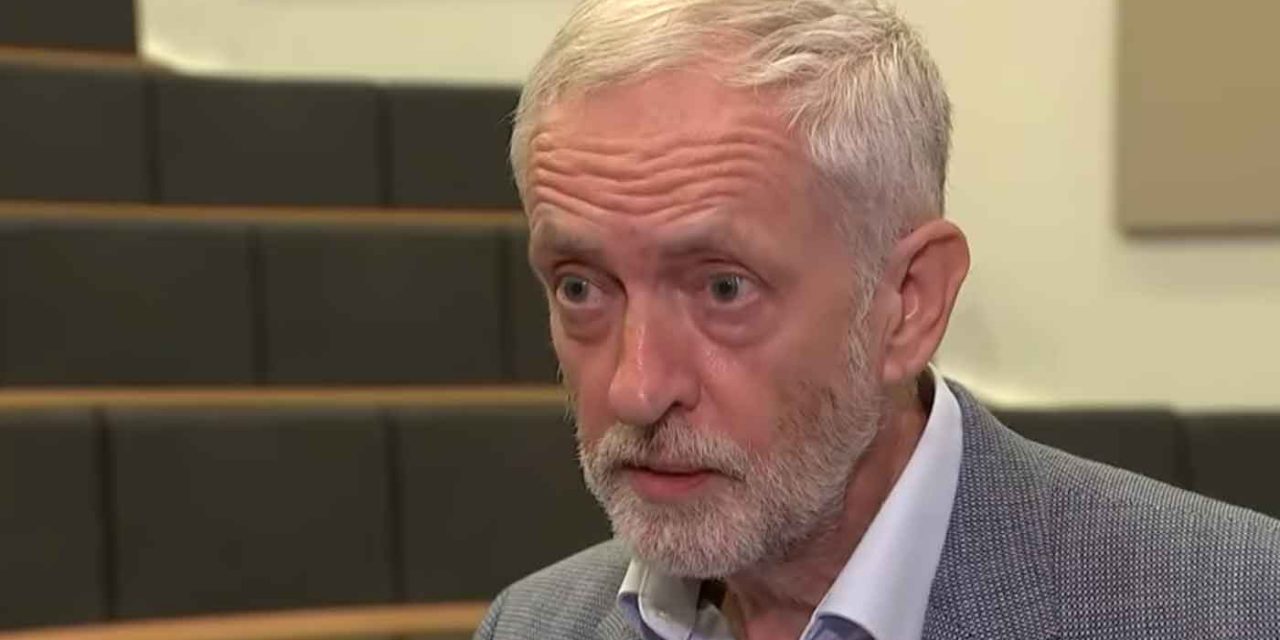 Jeremy Corbyn says he will not apologise for laying the wreath in the martyr’s cemetery in Tunis as he finally admits to doing it.

Mr Corbyn had earlier said he had been present when a wreath was laid to “those that were killed in Paris in 1992” but he did not “think” he was involved in laying it during a controversial visit to the Palestinian Martyrs’ Cemetery. Israeli secret service Mossad was accused of killing terrorists behind the murder of 11 Israeli athletes at the Munich Olympics, including Atef Bseiso, a PLO intelligence chief, who was killed in the French capital in 1992.

Today, however, Corbyn admitted that he “laid one wreath”, although this time he claimed it was “in memory of all those who died in the awful attack in 1985”.

Corbyn then tries to justify this by saying this attack, which was allegedly carried out by Israel, was condemned by the United Nations.

The interviewee quite rightly points out that the attack in 1992 in Paris, which he referred to the day previously, was not condemned in the same way.

“No, I’m not apologising for being there at all,” he said defiantly, justifying this by saying he “remembered those who died in an attack on Tunis by the Israeli air force which was condemned by the whole world”.

The interviewee went on to ask if he considered attacks by Israel on Palestinians to be acts of terror, to which Corbyn replied that Israel’s attack “can be acts of terror depending on the circumstances”.

He went on to tell of his experiences seeing houses in Gaza bombed by Israel where women and children have died. When pressed if he considered the Israeli government to be a terrorist organisation he replied, “No. What I’m saying is their policies are wrong in relation to the siege of Gaza and in relation to its settlement policy and the occupation of the West Bank.”

Corbyn spoke at an anti-Israel demonstration in 2012 and said, “Terrorism is an F-16 jet destroying a home and killing people”. He was referring to Israeli actions. In the past, he has called Israel’s actions “terror” whilst calling the terrorists of Hamas his “friends”.

Corbyn’s recent revelations have provoked Israeli Prime Minister Benjamin Netanyahu to add his voice of condemnation to Jeremy Corbyn. Writing on Twitter, Mr Netanyahu said: “The laying of a wreath by Jeremy Corbyn on the graves of the terrorist who perpetrated the Munich massacre and his comparison of Israel to the Nazis deserves unequivocal condemnation from everyone – left, right and everything in between.”

In addition to Corbyn’s visit to the terrorist graves, Mr Netanyahu was referring to footage released on Friday of Jeremy Corbyn making a direct comparison between Israeli policy and the Nazi occupation of Europe during World War 2 in a speech in 2013.

The Prime Minister’s rebuke received a furious response from Corbyn who was quick to deny the claims, saying: “Israeli PM @Netanyahu’s claims about my actions and words are false.” Corbyn then went on to make his own false allegations against Israel in an attempt to divert the fury away from him. You can read more about the exchange here.