BREAKING: Corbyn made comparisons between Israel and the Nazis of WW2 in new unearthed footage 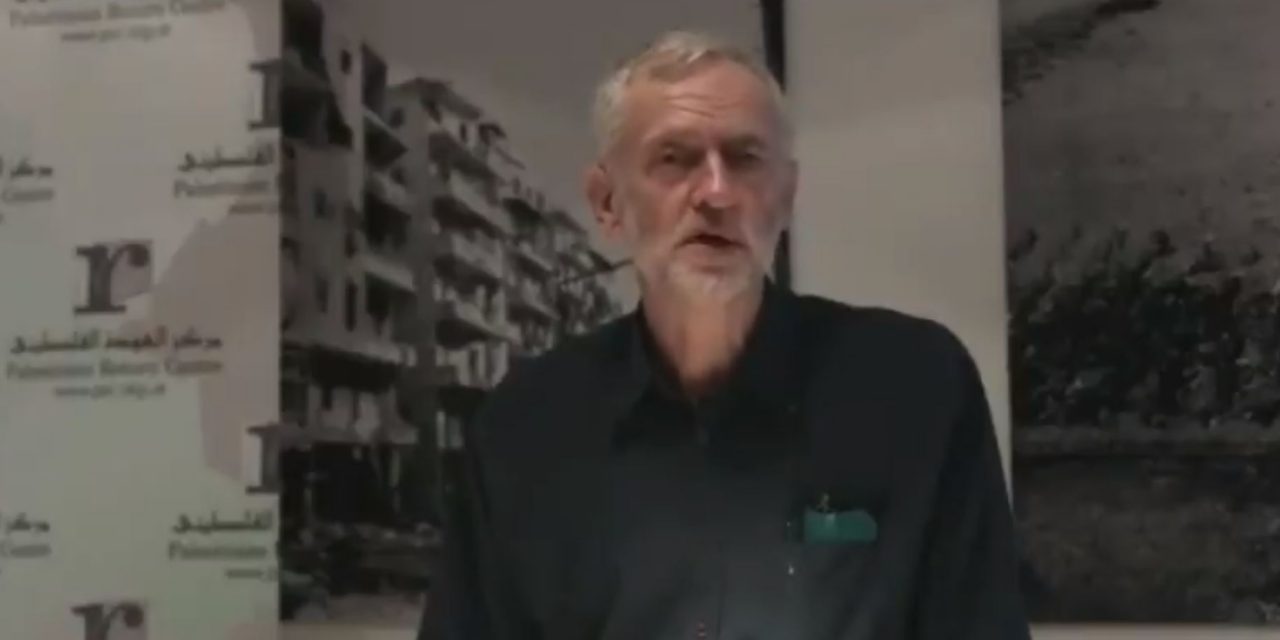 New video footage has emerged this evening of Jeremy Corbyn making a direct comparison between Israeli policy and the Nazi occupation of Europe during World War 2.

The segment was taken from a speech in 2013, hosted by the Palestinian Return Centre.

“In the West Bank under occupation of the very sort that we would recognise, well many people in Europe who suffered occupation during the Second World War, with the endless roadblocks, imprisonments, irrational behaviour by the military and police.”

One example within the IHRA anti-Semitism definition, not included in the Labour Party’s own guidance, states “Drawing comparisons of contemporary Israeli policy to that of the Nazis” is anti-Semitic.

EXCLUSIVE – In 2013 @JeremyCorbyn spoke at an event hosted by the Palestinian Return Centre in which he made a direct comparison between Israel’s occupation of the West Bank and the Nazi occupation of Europe during WW2. Watch until the end… pic.twitter.com/POMfsX5APq

Jennifer Gerber, Director of Labour Friends of Israel, released tweeted a statement condemning the comments, saying “It is increasingly clear that his opposition to adopting the IHRA definition in full appears to be overwhelming driven by his own appalling past statements.”

“The Labour Party’s once proud record on fighting racism and the protection of British Jews from anti-Semitism is being sacrificed to protect Jeremy Corbyn’s reputation,” it states.