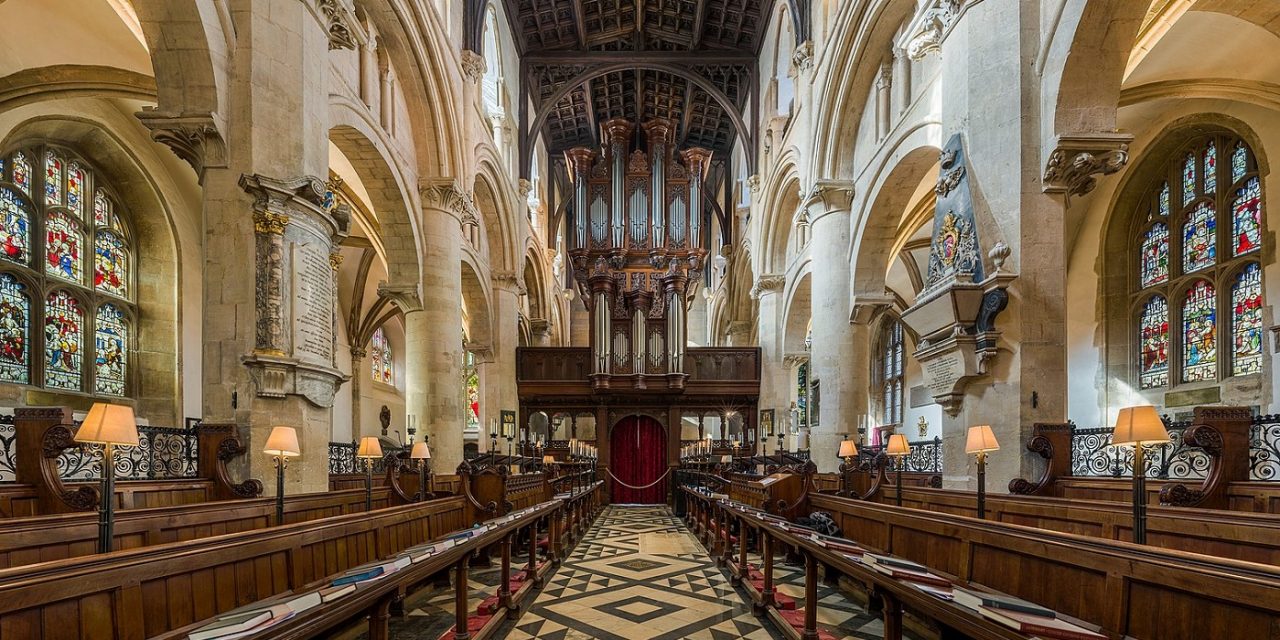 A service has been held in Oxford marking the 800th anniversary of the 1222 Synod of Oxford rulings that led to the expulsion of Jews from England.

During the historic service at Christ Church Cathedral, the Church of England apologised for the anti-Jewish laws that lasted for hundreds of years.

The synod of 9 May 1222 forbade social interactions between Jews and Christians, placed a specific tithe on Jews, and required them to wear an identifying badge. They were also banned from some professions and from building new synagogues. The decrees were followed by more anti-Jewish laws. The rulings created a hostile environment that would ultimately lead to the mass expulsion of England’s 3,000 Jews by the end of the 13th century, making England the first country to expel Jewish people en masse.

They were not permitted to return for more than 360 years, when Oliver Cromwell permitted their return.

“So much anti-Semitism and anti-Judaism can be traced back to distorted Christian teaching,” Dr Ipgrave said. He now chairs the Council of Christians and Jews. “We need to recognise how our history has contributed to the teaching of contempt which generated hostility towards and suffering for our Jewish brothers and sisters.”

Archbishop Justin Welby tweeted, “Today’s service is an opportunity to remember, repent and rebuild. Let us pray it inspires Christians today to reject contemporary forms of anti-Judaism and antisemitism and to appreciate and receive the gift of our Jewish neighbours.”

“Our intention is for this commemoration to be a strong signal of such rich potential, reflected in the depth of interfaith encounter and service that increasingly exists in Oxford and across our society,” the Diocese of Oxford said in a statement last month ahead of the event.

Whilst the Church of England was formed in the 1500s when King Henry VIII broke away from the Roman Catholic Church, Jonathan Chaffey, archdeacon of Oxford, told the Guardian newspaper that the Catholic church was “fully in accord” with the apology.

He said the time had come for Christians to repent for their “shameful actions” and “reframe positively” their relations with the Jewish community.

Tony Kushner, professor of Jewish/non-Jewish relations at Southampton University, explained to the Guardian that, though the Church of England was not around at the time of the Synod of Oxford, “it regards itself as the leading voice of Christianity in Britain today” and, therefore, “the apology has some merit in recognizing injustices that were done.”

Speaking outside the cathedral, Rabbi Mirvis said:“Let us not forget that we are still on a journey. There is still so much that needs to be done.”

He also called for Christian and Jewish relations to be “strengthened” to enable the fight all forms of “hatred, racism and bigotry” to continue.

The service was “deeply appreciated by our Jewish community”,he added, and Rabbi Mirvis said he hoped it would lead to a “strengthening” of the friendship between Christians and Jews.

At the service itself, Rabbi Dr Jonathan Romain of Maidenhead Synagogue gave a reading in Hebrew and said that the English Jews who faced persecution, massacres and forced exile in the 12th and 13th centuries “would have been astonished and pleased to hear words in Hebrew ring out in this cathedral”

The Bishop of Oxford, Dr Steven Croft, said that it had been “deeply moving” to hear Jewish music played and Jewish songs sung by a choir in the cathedral.