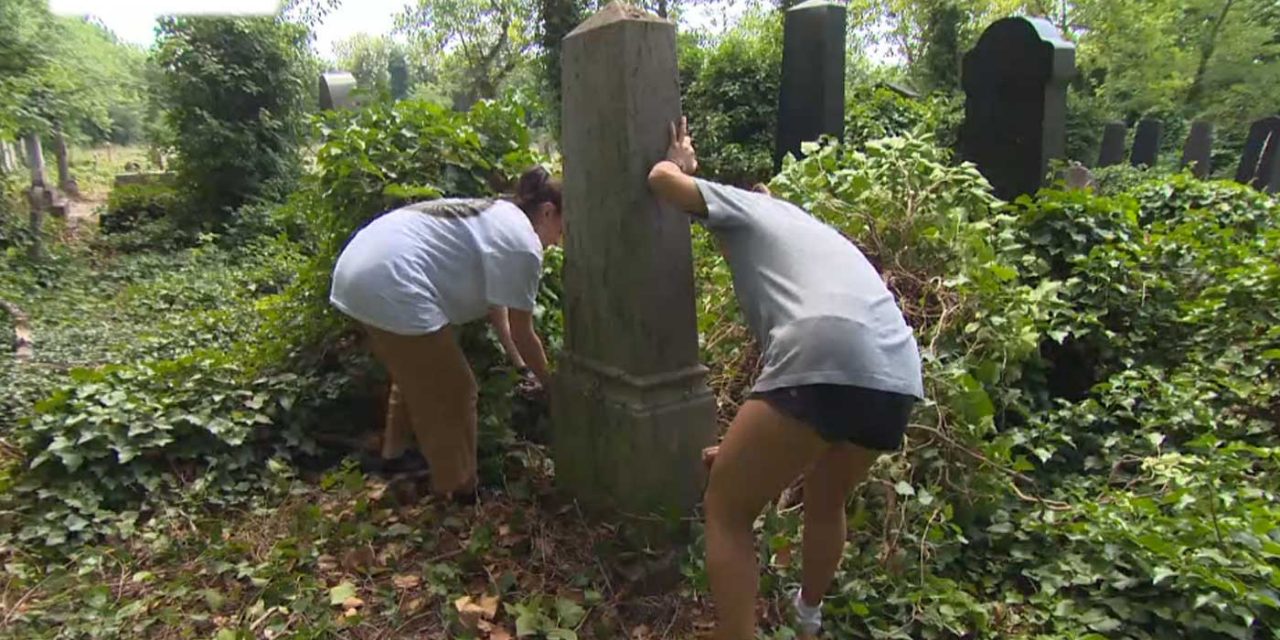 A group of volunteers from Israel, the U.S., Canada, and Belarus are part of an international team that is cleaning up one of the world’s largest Jewish cemeteries.

The Kozma Street Cemetery in Budapest is one of the largest Jewish cemeteries in the world. The cemetery has been operational for almost 130 years and is the final resting place of more than 300,000 people, many of whom have no living relatives.

Over the years, large swathes of it have been taken over by nature. Now a small team of volunteers from around the world are doing their bit to restore the cemetery and learn more about the Jewish community in Hungary’s capital in the process.

“We are a delegation of volunteers from all around the world. We are from Israel, the United States, Canada, Belarus. And we are here to restore the cemetery, clean it up, as you can see, and also learn about the Jewish community of Budapest,” said Chani Kolan, a volunteer from Israel.

Kolan herself has a Hungarian connection. “I have roots here in Hungary too. My great-grandparents moved from Hungary to the States before the Holocaust. So I learned also about my roots,” she explained to EuroNews.

The volunteers have so far cleaned around 20% of the graveyard, but there is a long way to go and it will likely take more trips of volunteers and regular maintenance to keep the cemetery in order.

“This is a huge cemetery, it is 77 hectares. Warsaw and Budapest compete for the title of the largest Jewish cemetery in the world. It is either this one or the one in Warsaw,” he said.