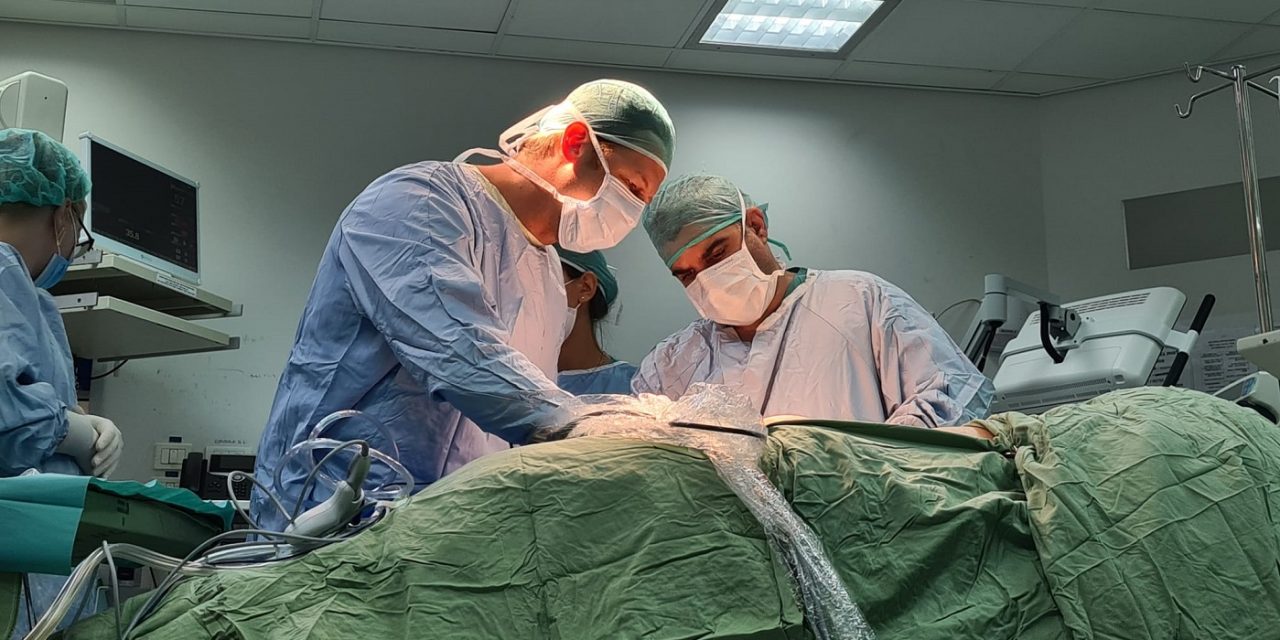 An Israeli woman has donated a kidney to a recipient on Abu Dhabi, in a first-of-its kind arrangement that will bring a kidney from the United Arab emirates to a different Israeli woman.

At 5:30 a.m. on Wednesday, doctors at Sheba Medical Center removed a kidney from Shani Markowitz, 39. The surgery went smoothly, and the organ was raced to Ben Gurion Airport in a special cool box, to be flown to Abu Dhabi.

Meanwhile, a woman in Abu Dhabi underwent surgery and her kidney is en route to Israel, for a woman at Rambam Medical Center in Haifa. The husband of the Rambam patient is giving a kidney to Markowitz’s mother, via a surgery at Rabin Medical Center. And Markowitz’s kidney has gone to the mother of the Abu Dhabi donor.

It is part of an arrangement between three families, in which one person in need of a kidney receives a suitable organ, while their relative donates their kidney to a stranger. This complex system is needed because none of the patients have relatives whose kidneys are suitable for them.

“This is very exciting. It’s the first time we have conducted such a process between Israel and an Arab state, and it really shows that medicine has no borders,” Dr. Rafi Bayer, chairman of the Israel Center for Organ Transplantation, told The Times of Israel.

Negotiated by the center’s chief executive, Dr. Tamar Ashkenazi, it is one of several instances of health cooperation brought about by the year-old Abraham Accords between Israel and the United Arab Emirates. Bayer said that, given the proximity of the UAE, it is an arrangement that can be used regularly to save lives.