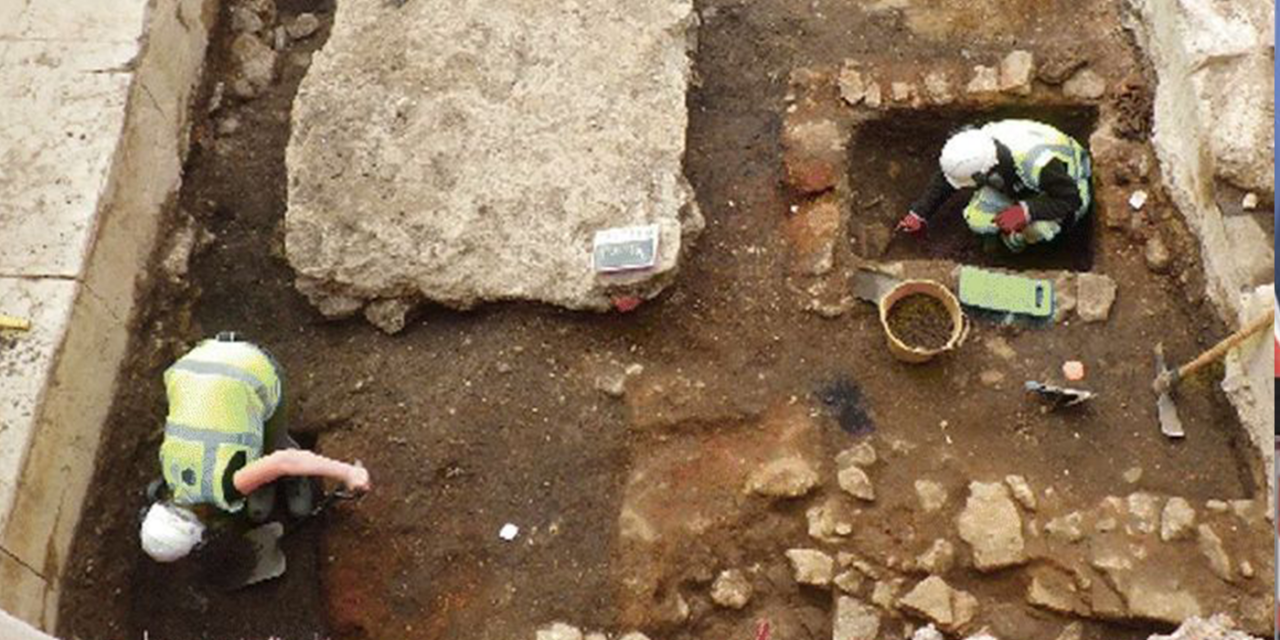 Archaeologists have found what they believe to be the earliest evidence of Jews keeping a kosher diet in the United Kingdom, highlighting the long history of the Jewish community in the UK.

The findings were published by the Archaeological and Anthropological Sciences at the University of Bristol after ancient bone fragments were discovered inside pottery excavated in Oxford.

The report states that during excavations, archaeologists found a stone-built structure, identified as a latrine, and dated to the late 11th and 12th century.

A remarkable animal bone assemblage was unearthed in this latrine, dominated by domestic fowl (mainly goose), and with a complete absence of pig bones, hinting at a kosher diet. Fishbones comprised only species such as herring which are kosher.

This combination of species suggests a Jewish dietary signature, identified in British zooarchaeology for the first time, and just the third time in medieval Europe.

The researchers explained that Oxford’s Jewish quarter was established around St. Aldates in the twelfth and thirteenth centuries, following William the Conqueror’s invitation to Jews in Northern France to settle in England.

Recent excavations by Oxford Archaeology at St Aldates, in the historic heart of Oxford, revealed evidence for two houses, which a medieval census suggested belonged to two Jewish families. One was owned by Jacob f. mag. Moses and called Jacob’s Hall, and was said to be one of the most substantial private houses in Oxford and the other house was owned by an Elekin f. Bassina.

The lead author of the research, Julie Dunne from the University of Bristol’s School of Chemistry, said in a statement about the study: “This is a remarkable example of how biomolecular information extracted from medieval pottery and combined with ancient documents and animal bones, has provided a unique insight into 800-year-old Jewish dietary practices.”

The Jewish Chronicle reports that the historical record of Jewish life in medieval Oxford is particularly rich thanks to the preservation of manuscripts, contracts and property deeds housed at colleges and libraries. But the physical remains of the medieval Jewish quarter have been built over many times.

The 2016 excavation almost didn’t happen, as developers were planning a project for the site after the demolition of some shops. Members of the Oxford Jewish Heritage Committee, including Pam Manix, an expert on medieval Jewish Oxford, raised an objection that led to a delay enabling archaeologists to examine the area.

“I realized at once this was an amazing opportunity,” Manix tells the Jewish Chronicle. “It was the first time in decades the site had been opened up and it was right on top of a property called Jacob’s Hall, which had belonged to Jacob of Oxford, one of the most important Jews in England.”

Jacob’s Hall, a stone mansion destroyed in the 17th century, may have held a synagogue; a Jewish school; and a mikveh, or ritual bathing pool. The researchers were disappointed to find that nothing remaining of the hall itself, but they discovered that the backyard, which contained the trash dump and latrine, was surprisingly rich in information.

“I thought it was wishful thinking that we were going to find anything this distinctive,” Manix tells the Jewish Chronicle. “The fact that we’ve pulled all this information out of a midden and a latrine is just astonishing.”