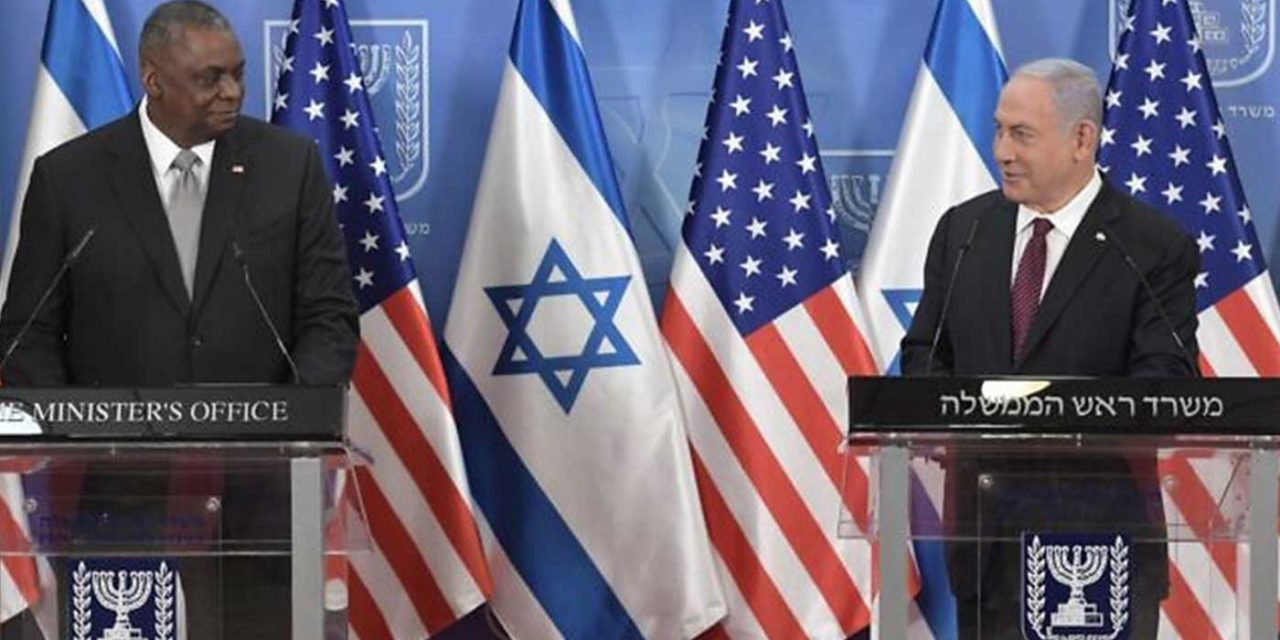 Israel’s Prime Minister Benjamin Netanyahu hosted US Defense Secretary Lloyd Austin in Jerusalem on Monday and made a statement regarding defending Israel from the threats of the Iranian regime that seeks to wipe out the Jewish state.

“As you know, the US-Israel defence partnership has continually expanded over successive administrations and our cooperation is crucial in dealing with the many threats confronting both the United States and Israel,” said Netanyahu.

“In the Middle East, there is no threat more dangerous, serious and pressing than that posed by the fanatical regime in Iran,” said Netanyahu, citing Iran’s pursuit of nuclear weapons, arming of terror groups, and calls for Israel’s annihilation.

“Mr Secretary, we both know the horrors of war. We both understand the importance of preventing war. And we both agree that Iran must never possess nuclear weapons. My policy as prime minister of Israel is clear — I will never allow Iran to obtain the nuclear capability to carry out its genocidal goal of eliminating Israel. And Israel will continue to defend itself against Iran’s aggression and terrorism,” added Netanyahu.

His comments come after an attack on the Iranian Natanz nuclear facility, which Tehran has blamed on Israel.