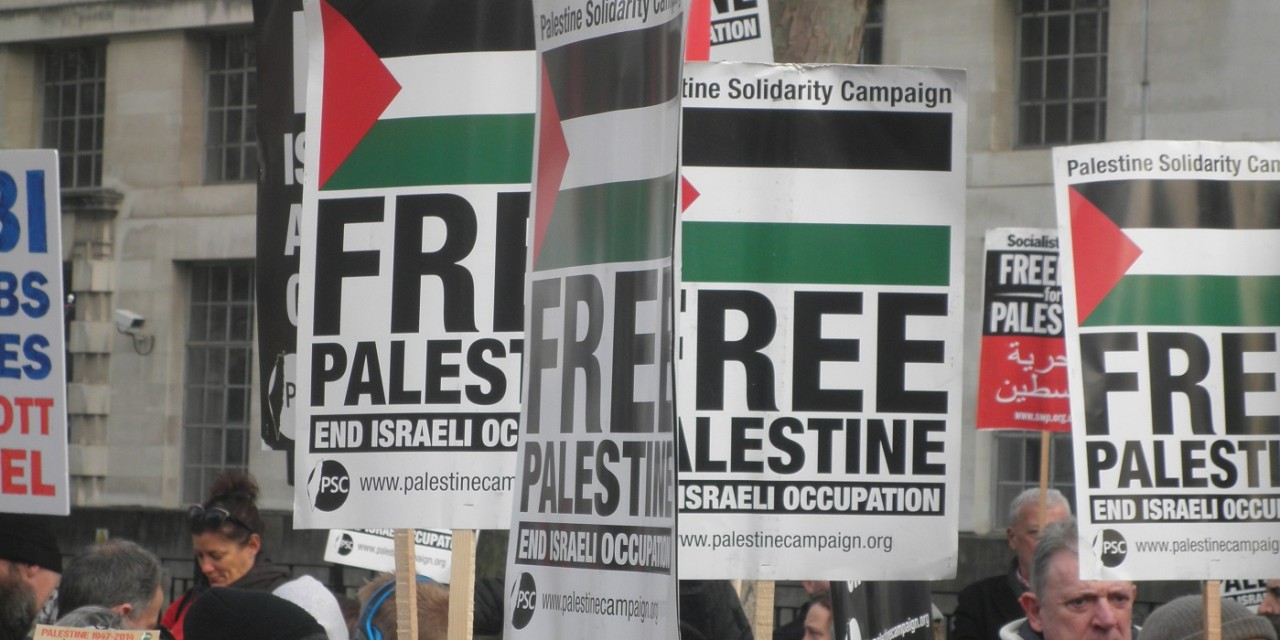 Palestinian Solidarity Campaign is an anti-Israel activist group with links to senior politicians like Jeremy Corbyn. They claim to be about a peaceful protest group, however, they have found themselves in the list of extremist groups in a guide for counter-terrorism police.

The Palestine Solidarity Campaign has been listed alongside neo-Nazis groups such as National Action in an internal anti-extremism guide for counter-terrorism police.

The PSC was listed under “left-wing and associated single issue groups” in a leaked document from June 2019 from Counter Terrorism Policing (CTP) whose senior coordinator said it “has been used by Prevent”.

CTP is a collaboration of UK police forces working with intelligence partners to prevent, deter and investigate terrorist activity, while Prevent is a Government programme “to reduce the threat to the UK from terrorism by stopping people becoming terrorists or supporting terrorism”.

Other groups listed in the anti-extremism guide, which included groups’ signs and symbols, were environmental charities such as Greenpeace, as well as the Extinction Rebellion movement. Many employ only peaceful tactics.

PSC director Ben Jamal said his organisation’s inclusion on the CTP list was “shameful,” adding that it was “further evidence of the threat to free speech posed by the Prevent strategy”. PSC tweeted that it was “grotesque”.

Following reporting in The Guardian, Deputy Assistant Commissioner Dean Haydon, senior national co-ordinator for CTP, was forced to issue a statement saying that many were “legitimate protest groups” posing no threat to national security.

The document lists groups of white supremacists, white nationalists, anarchists, Communists and computer hackers such as Anonymous. Some of those listed are banned.

Haydon said: “Lawful protest is a fundamental right for everyone in this country, every week officers from across the country are involved in facilitating lawful protest.

“But that means we need our CT officers, front line police colleagues and partners to be able to distinguish between those groups that might do us harm, and those that won’t, and the signs and symbols they use to identify themselves.”

Is PSC an extremist group? The words of one of their leaders suggests so…

One of the reasons PSC may have been placed on the list of extremist groups could be because of the words of their leaders.

Here is PSC Scotland leader Mick Napier talking in London in 2012, saying that as Hezbollah drives Israel out of Lebanon and the “Arab resistance” (meaning Palestinian terrorists) drive Israel out of “Palestine”, the anti-Israel activists of the PSC must drive Israelis out of London.

It was an Israeli music group and Napier angrily tells the crowd, “We are going to give them the welcome they deserve… drive Beersheva out of London while Hezbollah drove them out of Lebanon and while the Arab resistance drives them out of everywhere else”.

Some of the PSC’s actions in driving Israelis out of the UK involved attacking an independent business selling Dead Sea products in Glasgow. They actually destroyed property and attacked the owner of the shop, so not a very “peaceful” protest.

Napier has also given support for “Palestinian resistance” in the past, saying that although PSC “can’t be in the trenches in Gaza, we can be on the streets in the UK”. The trenches in Gaza are not places for peaceful protest. Arab resistance, otherwise known as terrorism, is not peaceful. And you can be sure that he was not referring to peaceful protest when he praised using the tactics of Hezbollah, a violent and anti-Semitic terrorist group.

Napier also called Israel’s rebirth “a disgusting project”. Wearing a t-shirt stating “Anti-Zionist” he said, “Listen, Zionism is a process of colonisation. We oppose it. It’s a disgusting phenomenon. And all people who support human rights and oppose racism are on one side and those people on the other side the EDL… and all sorts of other rodents creeping out from under stones, fascists, they find themselves on the same side as the Zionists.

His terminology often refers to his opponents in derogative terms, such as “rodents”. His language is nothing short of extreme.

In this video, Napier says it is okay to “smash” the property of British companies involved in developing military equipment in the UK. He also said they were “street fighting” in previous protests he had been involved in.

“We honour the people in Brighton who did this. When they smash up the plant and throw computers out the window because these weapons are going to massacre Lebanese or Palestinians juries find them not-guilty. They say if you are passing by a door and you hear a child being abused behind the door, smash the door down. Violate the rights of property to prevent a greater crime. Smash these factories to prevent the massacre of our friends and comrades and the people we honour in Palestine.”

If this is the way the leader of the PSC in Scotland speaks, no wonder the British police are seeing his organisation as an extremist group that will use derogative terms to refer to those with different views and advocate “street fighting” and the destruction of property.