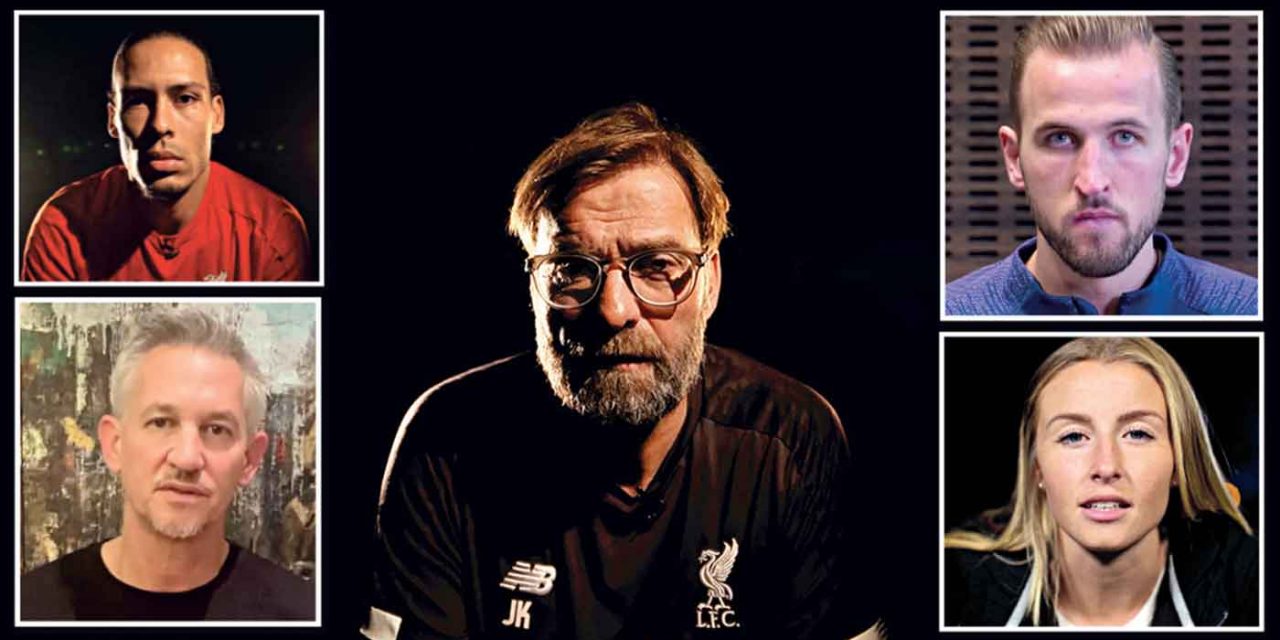 Among those taking part are England men’s and Women’s captains Harry Kane and Steph Houghton, Virgil van Dijk, Willian, Callum Hudson-Odoi, James Maddison, as well as managers Frank Lampard and Jurgen Klopp, and BBC Match of the Day host Gary Lineker. The video is to be played at football stadia nationwide around Holocaust Memorial Day.

‘Stand Up’, a collaboration between the National Holocaust Centre and Jewish News, features the high-profile footballing figures speaking, while the video is inter-cut with images of the Holocaust and examples of hatred or ‘othering’ in everyday life today.

There has been an increase in racist incidents in football stadia in recent months and organisers of the project say the video addresses “the silence of good people who stand by and do nothing,” which they called “the great enabler”. (Source)

To find out more about the campaign, click here.