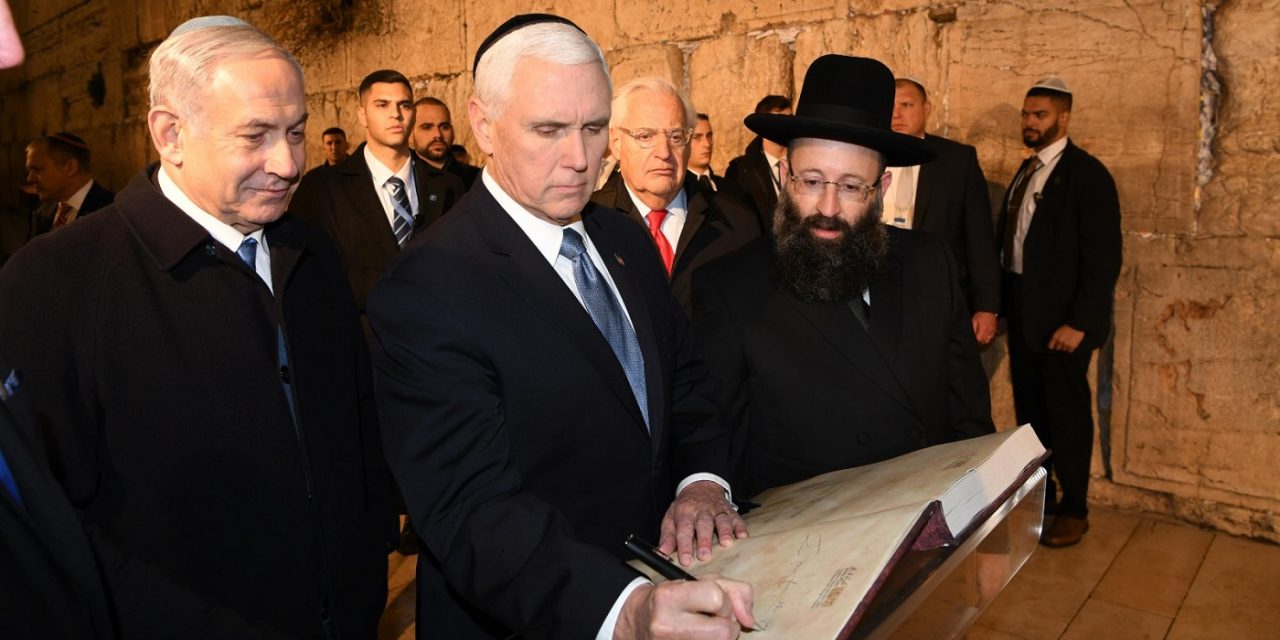 “For Christian believers, we’re grounded in the conviction that we’re called to bless Israel,” Vice President Pence told CBN News during his visit to Israel this week. “The Bible tells us that those who bless her will be blessed and those who curse her will be cursed.”

“Really, since before the American founding, Americans called for the restoration of Israel to the Promised Land. And when Israel was restored in 1948, America was the first nation on earth to recognise the Jewish State of Israel. And we’ve been with them every step of the way because it’s a heart connection,” Pence explained.

Pence attended the 75th anniversary of the liberation of Auschwitz on Thursday along with over 40 world leaders.

“It was inspiring to see nearly 50 countries come together. Kings and presidents and prime ministers all united around the message “Never Again” 75 years since the liberation of Auschwitz. And the stories still tear at hearts and they should,” said Pence.

VP Pence on USA and Israel, "It’s a heart connection"

"For Christian believers, we’re grounded in the conviction that we’re called to bless Israel. The Bible tells us that those who bless her will be blessed and those who curse her will be cursed," @VP Mike Pence told CBN News Chief Political Analyst David Brody in an exclusive interview at the Western Wall in Jerusalem.Stay tuned to CBN News for full interview.#Israel #blessing #Bible #HolyLand #Jesus #friendship