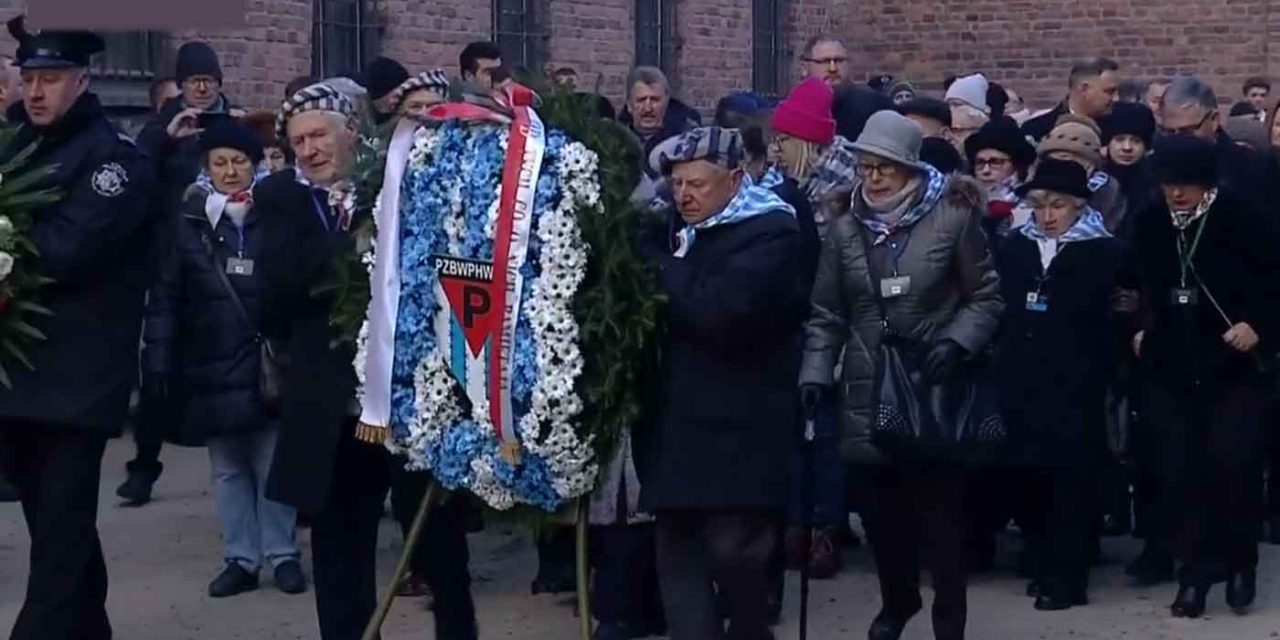 Survivors of the Auschwitz-Birkenau death camp gathered Monday for commemorations marking the 75th anniversary of the liberation of the camp, using the testimony of survivors to warn about the signs of rising anti-Semitism and hatred in the world today.

Around 200 survivors of the camp are expected to take part in various commemoration services throughout the day, many of them are elderly Jews who have travelled far from around the world, including Israel. Many lost parents, grandparents and siblings in Auschwitz or other Nazi death camps, but today they are returning to the camp with many of them bringing their children, grandchildren and even great-grandchildren.

The Auschwitz concentration camp was a complex of over 40 concentration and extermination camps operated by Nazi Germany in occupied Poland during World War II and the Holocaust. Approximately 1.3 million people were sent to Auschwitz, of whom 1.1 million died. 90% of the victims were Jewish. Auschwitz was liberated by the Soviet army on Jan. 27, 1945.

World leaders gathered in Jerusalem last week to mark the anniversary in what many saw as a competing observance. Among them were Russian President Vladimir Putin, U.S. Vice President Mike Pence, French President Emmanuel Macron and Britain’s Prince Charles.

Whilst there are dignitaries in attendance, including Israel’s President Reuven Rivlin, the organisers of the event in Poland, the Auschwitz-Birkenau state memorial museum and the World Jewish Congress, have sought to keep the spotlight on survivors.

“This is about survivors. It’s not about politics.”

The voices of the survivors

‘We want the next generation to know what we went through and that it should never happen again,’ Auschwitz survivor David Marks, 93, said earlier at the former death camp, his voice breaking with emotion.

‘I have no graves to go to and I know my parents were murdered here and burned. So this is how I pay homage to them,’ said Yvonne Engelman, a 92-year-old who came from Australia, joined by three more generations now scattered around the globe.

She recalled being brought in from a ghetto in Czechoslovakia by cattle car, being stripped of her clothes, shaved and put in a gas chamber.

By some miracle, the gas chamber that day did not work, and she went on to survive slave labor and a death march.

A 96-year-old survivor, Jeanette Spiegel, was 20 when she was brought to Auschwitz, where she spent nine months.

Today she lives in New York City and is fearful of rising anti-Semitic violence in the United States.

‘I think they pick on the Jews because we are such a small minority and it is easy to pick on us,’ she said, fighting back tears.

‘Young people should understand that nothing is for sure, that some terrible things can happen and they have to be very careful. And that, God forbid, what happened to the Jewish people then should never be repeated.’