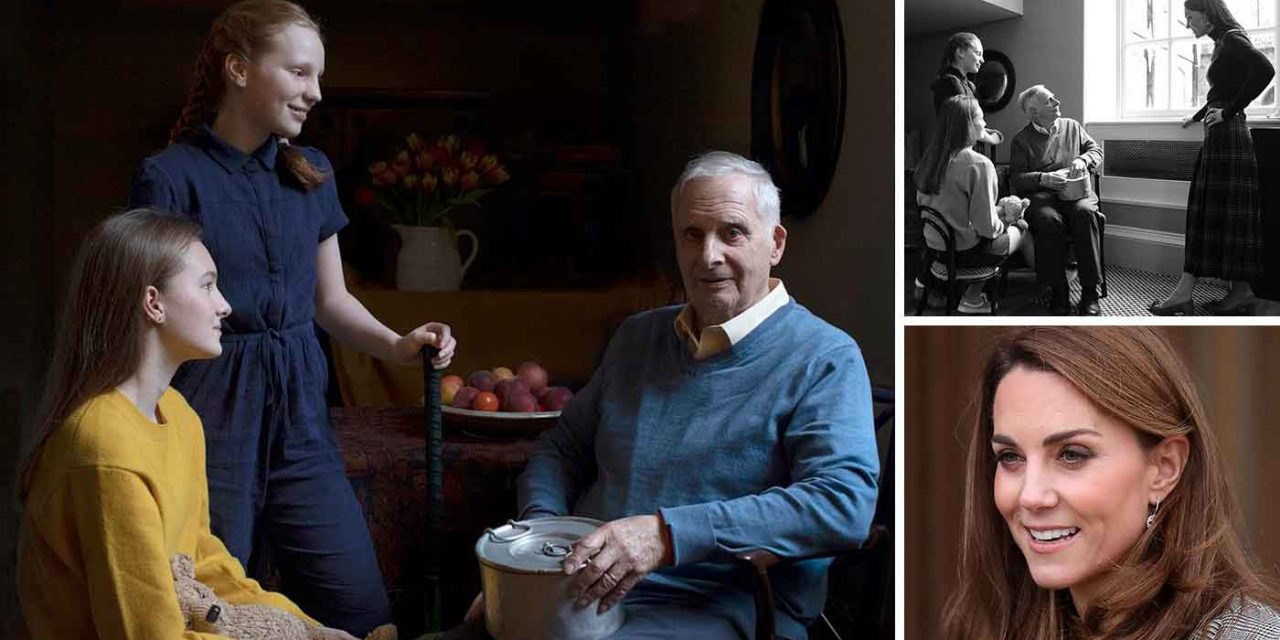 The Duchess of Cambridge, Kate, has taken part in a project to photograph Holocaust survivors to mark the 75th anniversary of the liberation of Auschwitz.

The Duchess was taking part in the project with aims of honouring the victims of the Holocaust and to celebrate the full lives that survivors have builtin the UK.

The Holocaust Memorial Day Trust says, “Each of the portraits depicts the special connection between a survivor and younger generations of their family, who over the coming years will carry the legacy of their grandparents. However, the project also aims to inspire people across the UK to consider their own responsibility to remember and share the stories of those who endured persecution at the hands of the Nazis.”

Speaking about the project, Kate, the Duchess of Cambridge, said:

“The harrowing atrocities of the Holocaust, which were caused by the most unthinkable evil, will forever lay heavy in our hearts.  Yet it is so often through the most unimaginable adversity that the most remarkable people flourish.

Despite unbelievable trauma at the start of their lives, Yvonne Bernstein and Steven Frank are two of the most life-affirming people that I have had the privilege to meet.  They look back on their experiences with sadness but also with gratitude that they were some of the lucky few to make it through.

Their stories will stay with me forever.

Whilst I have been lucky enough to meet two of the now very few survivors, I recognise not everyone in the future will be able to hear these stories first hand. It is vital that their memories are preserved and passed on to future generations, so that what they went through will never be forgotten.

One of the most moving accounts I read as a young girl was ‘The Diary of Anne Frank’ which tells a very personal reflection of life under Nazi occupation from a child’s perspective. Her sensitive and intimate interpretation of the horrors of the time was one of the underlying inspirations behind the images.

I wanted to make the portraits deeply personal to Yvonne and Steven – a celebration of family and the life that they have built since they both arrived in Britain in the 1940s. The families brought items of personal significance with them which are included in the photographs.

It was a true honour to have been asked to participate in this project and I hope in some way Yvonne and Steven’s memories will be kept alive as they pass the baton to the next generation.”

The Duchess also photographed Yvonne Bernstein with her granddaughter Chloe. Yvonne was a hidden children in France throughout most of the Holocaust, travelling in the care of her aunt and uncle and frequently changing homes and names. pic.twitter.com/eA51kjLyyV

The two survivors Kate photographed were Steven Frank and Yvonne Bernstein, who both settled in Britain after the war. Two other survivors, Joan Salter and John Hajdu, were also photographed as part of the project by different photographers.

In one of the pictures the Duchess took, Steven is seen holding a pan, this had been one of his mother’s items that he had kept from during his time at Westerbork transit camp. He was later sent to Theresienstadt with his brothers and mother.

Whilst at the camp his mother would do laundry for prisoners in exchange for a small amount of bread. She would put crumbs into the pan, adding hot water to make a paste. She would give each child a spoonful to keep them alive, denying herself of the food.

It was this act of kindness from his mother and her use of the pan that ultimately saved his life. He survived multiple concentration camps and Steven and his brothers are three of only 93 children who survived the camp, out of 15,000 children sent there.

Watch Steven talk to Phillip Schofield and Holly Willoughby on This Morning today explaining his story of the Holocaust as well as his experience with the Duchess taking these pictures.