Why Christians should stand with Israel 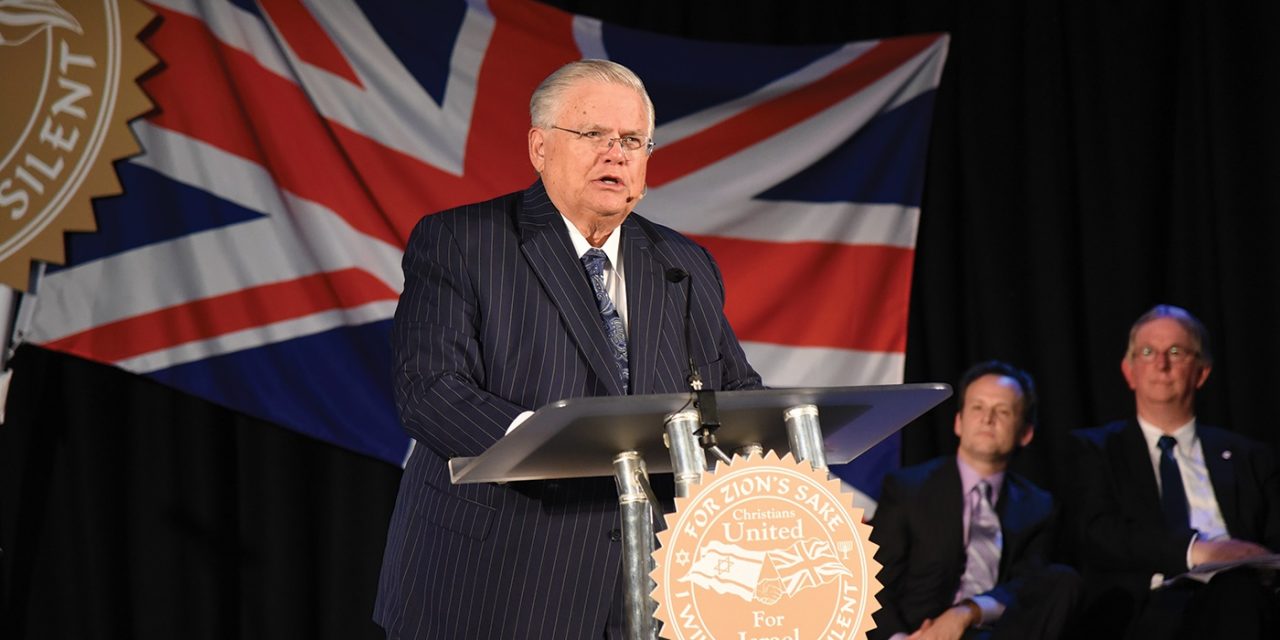 The God of the Bible is the God of Covenant. He is a promise-making and promise-keeping God. Those who claim that God is not accountable to the promises He made to the children of Israel are contradicting the Apostle Paul’s words to the Gentile Christians of the early church:

Romans 11:28-29, “… As far as election is concerned, they (Jews) are loved on account of the patriarchs, for God’s gifts and his call are irrevocable.”

Amos 9:14-15, “I will also plant them on their land, And they will never again be rooted out from their land. Which I have given them,” Says the Lord your God.

God said to Abraham in Genesis 12:3 “I will bless those who bless you, and whoever curses you I will curse; and all peoples on earth will be blessed through you;” this is an eternal and irrevocable promise of God to the nations of the world.

Where are the nations that have persecuted the Jewish people? Where is Pharaoh and his army, where are the Babylonians, the ancient Romans and Greeks, the Ottoman Empire, and the Nazis? All of these empires are located in the boneyard of human history.

As for Israel and the Jewish people, they are alive and well. They thrive, prosper and grow. Even in the face of adversity, they remain a light unto the nations.

Unfortunately, Christians have not always stood with the Jewish people. In fact, from an historical perspective, Christian Zionism is the exception, not the rule.

Throughout the past 2,000 years, under the banner of the cross, Jews have been persecuted and murdered. We cannot change this history, but we must learn from it.

We must return to God’s literal word – not the contortions of men – and recognise that anti-Semitism is sin and that Christians must stand up to it at every turn.

To quote Dietrich Bonhoeffer, “Silence in the face of evil is itself evil: God will not hold us guiltless. Not to speak is to speak. Not to act is to act.”

At times anti-Semitism is naked. Those who desecrate holocaust memorials and paint swastikas on synagogues are more easily identified. But in recent years, organised anti-Semitism has largely cast off its white hood and is now hiding in plain sight under the guise of opposition to Israel and to those who stand with her.

From the United Nations to newsrooms, campuses and even pulpits across the nations, it has become all too common to accuse Israel of the very sins committed against her. For example, some accuse the Israeli military of harming civilians, yet Israel takes great risks to minimise civilian casualties in conflict. As one senior British military office said “No other army in the world has ever done more than Israel is doing now to save the lives of innocent civilians in a combat zone.” Conversely the Jewish state’s enemies intentionally attack Israeli civilians while hiding behind innocent women and children.

Likewise, Israel’s detractors accuse her of discrimination, yet from its founding Israel enshrined in its basic laws “dignity and liberty” for all of its citizens. As one prominent Israeli Christian leader told the United Nation’s Human Rights Council, “The Jewish state is the only safe place where the Christians of the Holy Land live in safety.”

Unsatisfied with simply vilifying the Jewish state, modern anti-Semites also slander Christian Zionists. All manner of outlandish accusations are levelled against us, including the allegation that we are “using” the Jewish people to fulfil an apocalyptic belief that requires all of the Jews to return to Israel and/or are lobbying for an ‘end-of-days’ battle between Israel and Iran – all in order for Jesus to return. These accusations reveal a great deal about the ignorance of those who spew them, but nothing about the motivations behind Christian Zionism.

There is no connection between Christian Zionism and Christ’s return. God has chosen a specific date as noted by Jesus.

Mark 13:31-33:
Speaking of His return, Jesus said: “But of that day or hour no one knows, not even the angels in heaven, nor the Son, but the Father alone. Take heed, keep on the alert; for you do not know when the appointed time will come.”

From accusing Israel of using animals as spies, to engaging in sorcery, to practicing apartheid, the sum total of lies levelled against the Jewish state and people is far too long and ridiculous to list here. Likewise, the theological distortions and conspiracy theories levelled at Israel’s Christian supporters do not merit a point-by-point response.

Discerning readers recognise that those who have nothing but ill-words for Israel and her allies – yet are simultaneously silent in the face of real human rights abuses across the Middle East – are nothing more than articulate bigots who mock the God of Abraham, Isaac and Jacob.

Standing with Israel is not a political issue; it’s a Bible issue.

The Bible makes it abundantly clear that God, the Owner of the earth, entered into an eternal covenant with Abraham, Isaac and Jacob and their descendants that the land of Israel belongs to the Jewish people (Genesis 13:14-15, Exodus 32:13, 2 Chronicles 20:7)

If God stands with Israel then we as Christians are mandated to do the same.