‘Take That’ perform in Israel and visit Jerusalem for first time 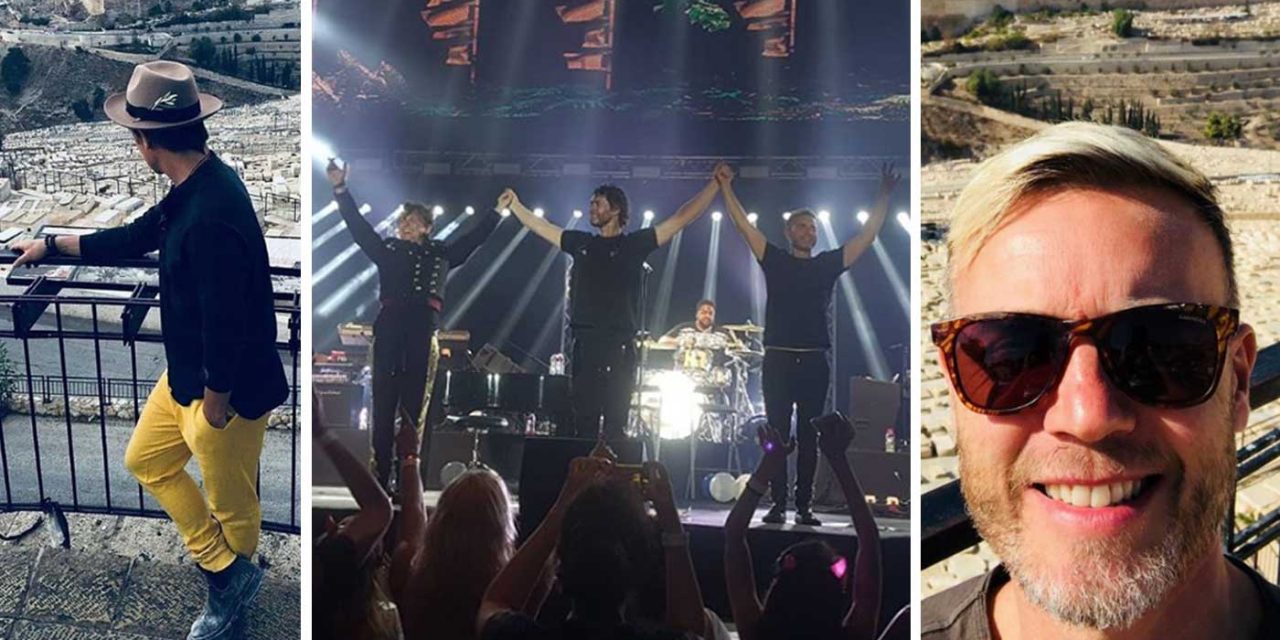 Legendary British boyband ‘Take That’ have performed in Israel for this first time this week, to a sell-out 8,000 strong crowd.

The award-winning band’s current line-up, featuring Gary Barlow, Howard Donald and Mark Owen, kept the lively audience on its feet for the entire set – 90 minutes of hits and harmonies by the 1990s heartthrobs. The atmosphere was electric, according to JPost.

First ever gig in Israel ! What a night #TTIII pic.twitter.com/XfKecjEq73

Jewish Chronicle had this to say about the concert:

Take That has played a concert in Israel for the first time, with members of the British band touring the country and sampling Israeli cuisine.

Gary Barlow, Mark Owen and Howard Donald, the band’s current line-up, were mobbed by excited fans at the arrivals gate of Ben Gurion airport over the weekend.

The band, who are touring to promote their latest album, “Wonderland”, performed in front of an 8,000 strong crowd at Tel Aviv’s Menora Mivtachim Arena, and included a mixture of their greatest hits and some songs from the new album.

They also made an effort to interact with their Israeli fans, trying out their Hebrew on stage at various points in the evening.

“Ani Mark, Ani Gary, Ani Howard, Anachnu Take That. Did we say that right?” they asked, to a rapturous reception from the crowd.

Mark Owen visited Jerusalem, posting a picture on Instagram of him overlooking the Kotel plaza and writing a message to his fellow Take That member: “Gaz are you here somewhere?”

Gary Barlow, the band’s frontman, tweeted a picture of the crowd, saying “First ever gig in Israel! What a night.”

On stage, he told the appreciative fans that “we came here eventually and I promise we will be back.”