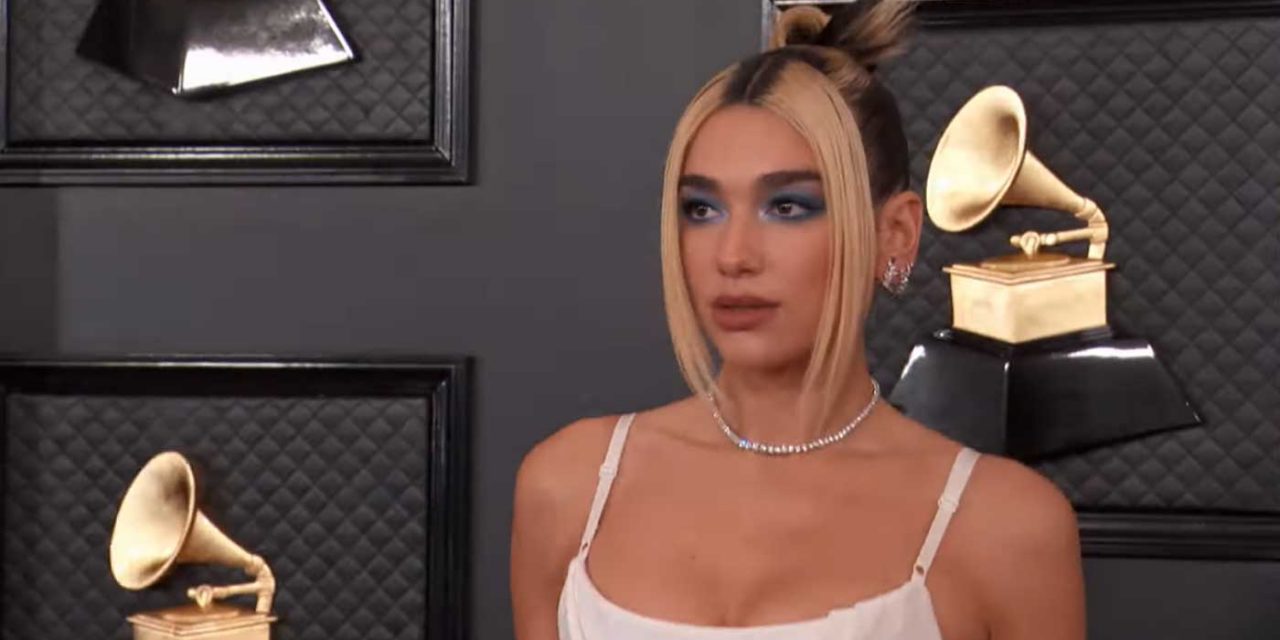 British singer Dua Lipa has been criticised after sharing an Instagram post which referred to Israelis as “fake Jewish ppl [people]”, Christians in America as “fake Christians” and blamed both groups for “creating Hamas”. The post also claims the IDF “enjoy shooting children” and labels them “all terrorists”.

The death of George Floyd has rightly shocked the world, but has sparked violent protests throughout America. As is sadly expected in these instances, pro-Palestinian activist groups have sought to insert the Palestinian cause into these protests.

We have seen this with people on social media sharing a cartoon depicting Israeli soldiers kneeling on the backs of Palestinians alongside an American police officer kneeling on George Floyd. The activists are outrageously trying to paint Israelis as racists who murder Palestinians, which is completely false.

It seems these activists have been able to influence pop-star Dua Lipa, who raised the issue of the Palestinians (or at least her perspective of it) by sharing a post to her over 46 million followers on Instagram, saying:

The post said, “the big bad tough guys of the #IDF thoroughly enjoy beating and shooting children… But don’t worry, they’re all terrorist so it’s all good. We totally understand.

“Yet, the only ‘justification’ as to why they don’t deserve freedom is because ‘Hamas calls for the destruction of Israel.’

“Which is utterly HYSTERICAL bc [because] the United States (fake Christians in the mid west) and Israel (fake Jewish ppl [people] in the Israeli government) created Hamas SIMPLY for all of you geniuses to believe that hamas [sic] is the reasons for the decades worth of occupation, oppression, ethnic cleansing, and MURDER.”

The post later added: “To my dear Jewish friends and family, I love you all. This has NOTHING to do with you or religion, and all to do with justice and freedom.”

Dua Lipa’s understanding of the situation is clearly warped, and the lies and anti-Semitism of her post are worrying.

The Israeli government is voted for democratically by Israeli citizens. The majority of Israel is Jewish and it is the world’s only Jewish state. To label the government “fake Jews” is an insult to all Jews.

Dua Lipa’s post also claims the IDF “thoroughly enjoy beating and shooting children” when in reality it is the most moral army in the world as judged by military experts.

What’s more, the post inadvertently labels all Israelis as terrorists when she says that the IDF are “all terrorists”. This is because Israeli citizens all have to serve two to three years of military service. The vast majority of Israeli soldiers are ordinary citizens serving their mandatory conscription. They leave the army to become doctors, teachers, engineers and every other kind of profession they choose to pursue.

The depiction that Israeli soldiers are thugs and criminals is completely false. Israelis seek peace with their neighbours, but are forced to serve time in the military and remain as reserves for the IDF in case they are attacked by one of their many neighbour countries who seek the destruction of Israel.

Fortunately, Dua Lipa has now removed the post, but there has been no explanation or apology for her sharing of clearly anti-Semitic views and the lies she has spread. Let’s hope she finds the truth and turns away from this kind of hatred.