Synagogues targeted with anti-Semitism in US riots 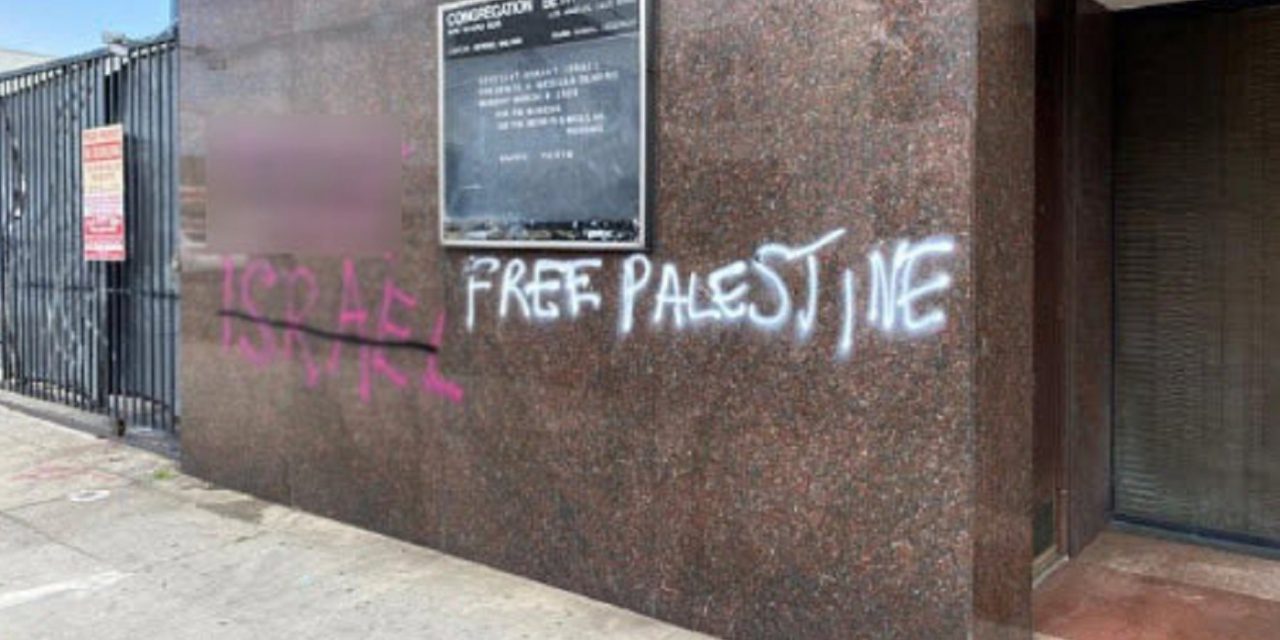 A synagogue in Los Angeles was vandalised with graffiti reading “F*** Israel” and “Free Palestine” as protests against the police killing of George Floyd swept the city.

Also Saturday, the window of a synagogue in Richmond, Virginia, was smashed during protests in the city.

Protests have continued for several days in dozens of cities across the United States.

In Los Angeles, the graffiti was spray-painted on the walls of Congregation Beth Israel in the Fairfax district, the Jewish Journal reported. Amid particularly intense protests in the district, several Jewish businesses and restaurants were damaged and looted, Haaretz reported.

Sabbath-observant Jews told Haaretz that they heard helicopters on Saturday and, toward the end of Shabbat, a Hatzalah emergency vehicle drove down the streets urging people to return to their homes.

Several synagogues in Los Angeles were vandalized with anti-Semitic graffiti over Saturday, including Kehillas Yaakov, a storefront shul, Hamodia reported.